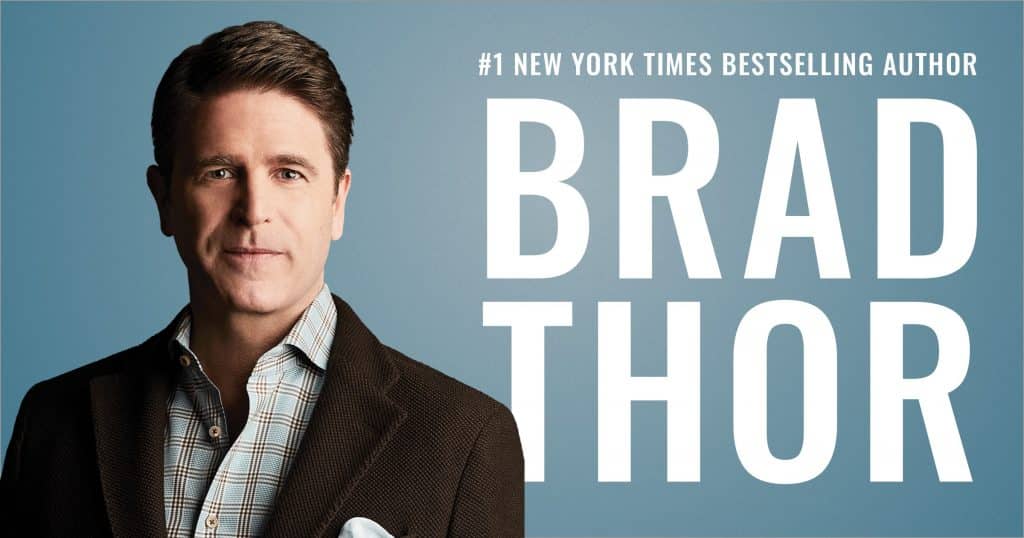 If you are a spy novel enthusiast, you are likely familiar with names like John Le Carre, Tom Clancy, and Vince Flynn. Hopefully, another name is equally familiar—Brad Thor.

All of these writers have something in common—the mystery behind their capabilities in writing gripping stories that seem a bit too real.

Of the aforementioned, the only author known to have a true background in the espionage world is John Le Carre having previously worked within the British Security Service and Secret Intelligence Service.

So how did the rest of these writers get so good in their craft let alone obtain the capabilities for the truest of authenticity?

Like every good intelligence officer, these writers maintain a network of professionals within the field they write about.

Maintaining a compartmentalized cellular network that is layered with other cellular networks ensures human asset security. In the case of Brad Thor, he has an unprecedented network of willing accomplices he can consult with ensuring his characters and their actions are credible.

From Army Special Forces to Navy SEALs to Intelligence Officers all the way to those working similar domains among our allies, if you want to write a novel based in the spy category, you need such players by your side.

To no surprise to anyone who follows the multi award winning author, Backlash moved up the charts like a rocket hitting USA Today’s Best Seller List on July 5th. The Wall Street Journal placed it on its Best Seller List one day later on July 6th. As of today, The New York Times placed Backlash at #2 right behind Delia Owens new book WHERE THE CRAWDADS SING.

Like a true gentleman and professional who knows his peers within the writing world, Thor had this to say about being #2 in the New York Times.

“I love debuting at #1 on the NYT list, but this year I’m thrilled to debut at #2. “Crawdads” has proven to be a publishing juggernaut!”

A genuine Patriot who adores his fellow American warfighters. A God-fearing husband and father. And a man capable in showcasing humble side willing to cheer on his peers—even when they surpass him in the charts.

Some claim its incredibly difficult for any author to get better and better with each book written within a series. Interestingly, Thor has proven time and again with his Harvath series that with each book released, 19 to date, he does indeed get better each and every time.

How good is Brad Thor when it comes to his fiction writing and potential for reality?

Let’s just say, the US Government has taken notice and on at least one occasion, referenced Thor’s work in a threat assessment pertaining a possible terrorist scenario.

If you enjoy reading the spy/thriller genre, Brad Thor is the author you should be paying close attention to. He is a proud American who loves our warfighters and one deserving much love back from our veteran community.

Backlash is available now at the below along with any other place you could think about purchasing a book (Yeah, that’s how in demand his work really is). Get it on Amazon, at Barnes and Noble or Books A Million.