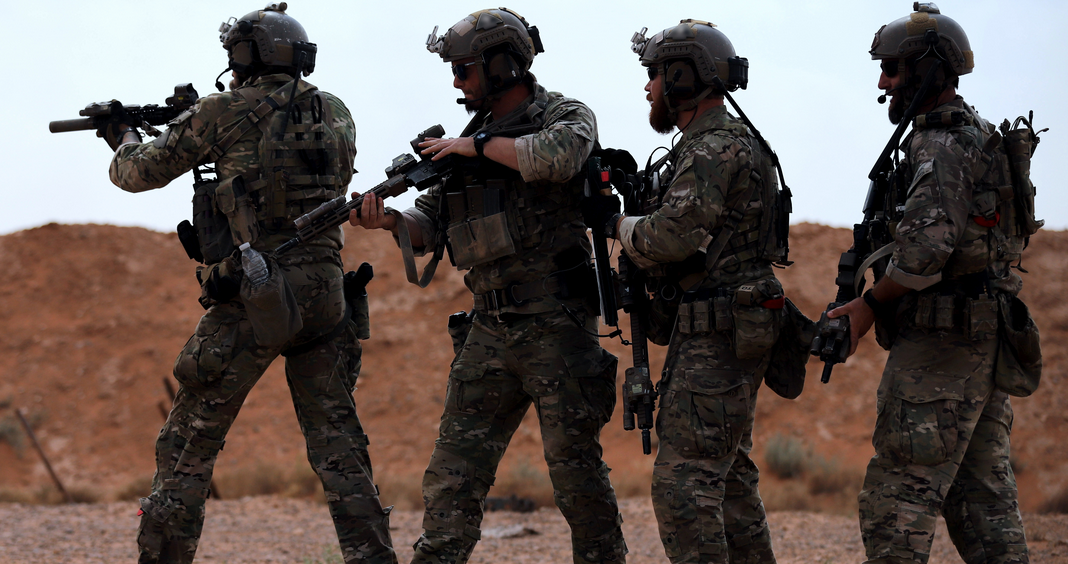 This first appeared in The Havok Journal on July 9, 2019.

Special Forces hold a, well, special place in the hearts and minds of the American public. Decades of movies, books, and TV shows have taught us that they’re a bunch of implacable killers; ghosts in the night that do the dirty work for Uncle Sam. They are revered as near godlike supermen by the rank and file of the U.S. military, more than the Rangers, arguably more than the SEALs despite their noticeably higher profile, and certainly more than whatever the Marines’ Tier 1 flavor of the week is.

Despite, or perhaps because of their fame, not much is actually known about their real mission. At least, not to the general public. See, reading is hard, and while there are numerous books detailing their mission briefs and exploits over the decades, it takes a special sort of dedication to actually pick one up.

Although they are a supremely capable group when it comes to kicking down doors and stacking bodies, that’s not their primary mission. SF was created with the goal of infiltrating hostile territory, making contact with the locals, and training them to fight whatever enemy the U.S. currently deems worthy of such, pardon the pun, special attention. There has been some debate, in recent years, over whether or not they’re still relevant in the 21st century. Despite their initial, startling success in Afghanistan, as detailed in the book Horse Soldiers and later depicted in the movie 12 Strong, the U.S. has had little luck training the Afghan or Iraqi armies and security forces to anything resembling self-sufficiency.

Meanwhile, a small but growing pool of officers have come to resent their status and budget, arguing that they’re an antiquated and overfunded bunch of prima donnas who suck up more than their fair share of the credit when an operation is a success. In an age of drones and precision airstrikes, do we really need to pour all this money into the Green Berets?

The U.S. campaign in Syria against ISIS largely went unnoticed by the American public, until it was canceled by high-level Twitter activity and we were all given something to argue about. Before that, a handful of stories made it out, but mostly they were human interest pieces that didn’t really make it out into the public awareness. Unless you knew someone was there, you might have known that a relatively small U.S. force was on the ground, but you probably had no idea what they were doing or why they were there, other than to fight ISIS.

The reality was, the U.S. military didn’t actually do much in the way of fighting. Pretty much all of the door kicking and body stacking was performed by the Syrian Democratic Forces (SDF), a coalition of Kurds and Arabs who came together to give ISIS a firm boot in the backside. And they did it with the support of, you guessed it, the U.S. Special Forces. To be fair, the Green Berets were only a small part of the overall picture. There were oodles and oodles of other operator types doing different things: Marines running security for outposts, Air Force types dropping heavy hate from above, and of course, folks like me in artillery providing support when the Air Force couldn’t be bothered. But at least where I was at, they were calling the shots, and the mission, in general, was their mission, writ large.

Investing a large American force to fight ISIS would have been costly, both in terms of lives and treasure, and given the growing tensions with Russia, Turkey, and Iran, would have been a diplomatic nightmare. What’s more, after almost two decades of near-continuous warfare in Iraq and Afghanistan, the American public likely wouldn’t have had the stomach to see another one kicked off in a foreign land, no matter how heinous the enemy might have been.

On the other hand, helping the Syrians take back Syria took only a couple of thousand U.S. boots on the ground at any given time. So long as we stayed out of harm’s way, the folks back home barely took notice. We provided the SDF with guns, training, intelligence, and fire support. They, in turn, did the dirty work. And, by any reasonable measure, the mission was a spectacular success. ISIS, once a sprawling caliphate of evil that spanned nations, was systematically wiped off the map, their cities were taken from them one by one in an inexorable march to the Euphrates. Only a small handful of Americans lost their lives in the process.

That was exactly what the Green Berets were created to do. And that’s what they did. Sure, they didn’t do it alone, but time waits for no man, woman, or elite group of operators. The world has changed drastically since they were first created, and they adapted magnificently. But given the massive human cost paid by the SDF, one can’t help but wonder if we could have done better…