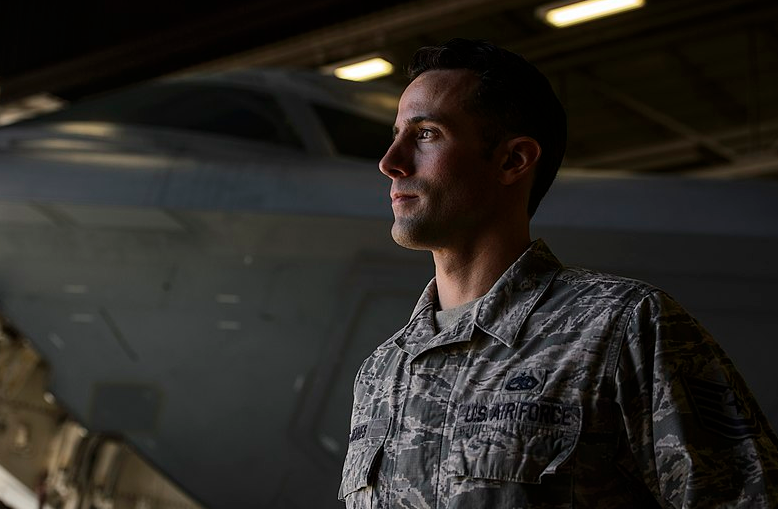 There is a mega-corporation here in the U.S. where the CEO tells every employee that they must move up within the company and eventually achieve top executive status. Every entry-level role is expected to advance within a specified timeframe, and if you aren’t able to meet the advancement schedule you are summarily terminated. This requirement is levied on everyone. Janitors, cafeteria workers, mailroom personnel, building maintenance – everyone.

Let’s look at an assembly line technician role. This position begins as entry-level into the company with just a high school diploma. Workers are taught the basic requirements of the job and are then very quickly placed on the line. Hours are often long and the job is physically demanding, but many of the workers like the manual aspect of what they are doing and are happy to stay at that level long term.

But soon they are told it’s time to start supervising new assembly line workers. The company sends them to supervisor training which is often ineffectual and non-applicable to the new role. Some of them complain and say they don’t want to move up and are happy at their current level. Management quickly reminds them that they have to move up or they will be terminated.

This has some negative effects. For one it strips the company of excellent assembly technicians who contribute immeasurably to the productivity of the corporation. And it also places some people in supervisory roles who either don’t want to be in that role or aren’t any good at it, with obvious consequences. Lastly, it forces people into roles that they don’t want and aren’t happy with and some of them feel backed into a corner because they have families to provide for.

The result is an assembly line that always has new people and no old hands since everyone is always being moved up or terminated. This process is duplicated throughout the whole corporation and yet this isn’t the only problem.

All employees within this corporation must eventually get college degrees and other advanced education if they want to move up, which they have to if they want to stay with the company. They also have to focus on a plethora of other items that have nothing to do with the end product of the corporation, or even their day-to-day jobs for that matter. But if they don’t handle these other items then, you guessed it, they are out on the street.

Employee turnover in this corporation is phenomenal and millions are wasted every year in locating, hiring, and training new employees. As you might guess, many give up and leave due to the stress, others fall into career Zombie-ism, and sadly others choose to end their own lives. Even with all of this apparent fiscal self-destruction, this corporation continues decade after decade.

What’s the name of this company? It’s the United States Air Force. I suspect that the same applies to the other branches but I’ll leave it to you readers to decide if it fits them as well. Now don’t get me wrong, there are good people in the AF trying to do the right thing. But the USAF is much less than what it could be due to the “Everyone is a Leader” and the “Up or Out” policies.

There is a mindset among many leaders in the AF that there is something wrong with you if you don’t want to advance in rank and responsibility. I mean, everyone wants that right? NO! Some people love turning a wrench and that’s all they want to do. And yet some of these leaders just believe that people like that are of no long-term use to the AF. Their attitude shows a deep disconnect with human nature. And I believe that they don’t understand because their main motivation is to advance in rank and responsibility, and they can’t comprehend anyone else having a different motivation. It’s almost like people who go to Ivy League schools who think that people only join the military because they aren’t intelligent enough to do anything else.

One of the things that forced this up or out policy was something called High Year of Tenure which forced people to make rank or be separated. It still exists, but thanks to the previous Chief Master Sergeant of the Air Force, Chief Kaleth Wright, the timeframes were greatly extended to allow an E-5 to get to the 20-year mark before being schwaked. Under the current rule, an E-3 would be booted at 10 years.

But here’s the deal. An E-5 with 15 years TIS (Time In Service) will raise eyebrows and probably the majority of leaders would shake their collective heads and think to themselves, “What’s wrong with that guy that he’s still a Staff? [Staff Sergeant, E-5 in USAF] ” I guarantee you that most Staff Sergeants who find themselves in this position are struggling in their professional careers due to these negative perceptions from others.

During the promotion boards I ran, I often asked the following question of the other board members. “How would you counsel a 15-year Staff Sergeant who didn’t want to make Tech and was happy doing what he currently does? Let’s say he’s an Aerospace Ground Equipment and the best technician on the base and that even other bases know of his reputation and often call for advice. And this guy is an excellent trainer and has mentored other really great technicians.”

Invariably I always got the, “Well I’d tell him he needs to advance because everyone has to take on leadership responsibilities.” Or, “I’d counsel him that he needs to move up so that others below him could move up.” Or, “I’d tell him that the AF needs good supervisors, and moving up is part of that.”

Here’s the response I always gave them. “Why in the world would we make this guy move up if he doesn’t want to? Leave him where he’s happy and utilize him to the max. And as far as I’m concerned he can stay there for 35 years as an E-5.” Needless to say, I usually got stunned looks.

Listen, if the mission truly comes first then I want all my AGE [Aerospace Ground Equipment] working 100% and reliably with short downtimes. Why? Because I need that equipment to generate jets. And generating jets is the prime mission way above any others the AF currently touts. And if SSgt Bagodonutz is that great then I want him and I’ll fight to keep him happy. And if I hear you disparaging him for his lack of advancement then you and I will have a chat behind the hangar.

The truth of the matter is that the AF is forcing people into roles that they don’t want and it impacts their morale and desire to reenlist. Can you imagine a civilian company taking a line worker and saying we are making you the boss when that person doesn’t want to be a boss? How long would they last? Some people just want to wrench on jets and if they are good at it then we should just leave them alone and let them do what they love. You might not understand why they would want to do that, but I have news for you. You don’t have to understand. Just roll with it and be happy with the expertise you have out there.

Sadly the opposite is true in many cases. I know of four very capable Chief Master Sergeants who were told they had to take Command Chief positions. None of them wanted these roles but they were told to accept or leave. So they left. The Show Ponies who forced these good Chiefs out deserve no place at the table in Valhalla, let alone Waffle House. (Sorry for the insult Waffle House, I do like your food)

In another case an Officer I know just wanted to remain a Captain in the Air Force Nurse Corps. But the AF was adamant about him moving up so he transferred to the Army. I don’t like most of the Officers I meet because most of them are Show Ponies but I happen to like this one. He’s a War Horse and doesn’t even know it.

My point is this. A major corporation couldn’t remain in business if it ran itself as the AF does. It demands advancement whether the individual wants it or not. And it places demands for degrees to advance under the guise that it makes a better more rounded Airman.

And with that, I guess I’ll rant some more. If the primary mission is to generate sorties would someone please tell me how having a Bachelor of Arts degree impacts that to any appreciable degree? Especially at the line worker level? Anything you say is going to be pre-canned AF-speak based on exactly zero data. Think about this. Exactly how has the AF been able to accomplish it’s mission back to WWI without everyone having a degree?

Our forebears were lucky to get even one airplane off the ground. The truth is that the AF is being called the Academic Service and the focus on collegiate education and a CCAF is detracting from the primary mission. Let me say it again. Making people get degrees is not appreciably adding to the mission capability of the USAF and is detracting from it.

One last thing. All these ancillary duties and training are killing your aircraft maintainers. Pulling a guy off the line for a day to watch other guys pee in a cup is demoralizing. I’m sorry that Med Group doesn’t have enough people. Get more medics, hire contractors, or reduce the drug testing requirement. You are taking away from the primary mission of generating sorties for a less than 1% positive hit rate for drugs. That’s just stupid!

Then tie in all the other briefings, Med Group appointments, Finance, collateral duties, blah, blah, blah, and as I said you are killing your aircraft maintainers. Commanders – do you know the negative impact it causes for maintainers to leave the line or hangar to attend a Commander’s Call? They already have a 12-hour day ahead of them and you just turned it into 14 so that you can tell them stuff they already know or have to watch some Nonner get an award and make a speech about saving $15,000.

They just want to be on their jets. So leaders, man up and pencil whip some of this stupid stuff that doesn’t support generating sorties and make the people at the other end of the spear support the pointy end. That is their job after all.

If you do some of these things I guarantee you that there will be an improvement in your troops’ morale and retention. Or your money back!

This first appeared in The Havok Journal on November 1, 2020.

Dave Chamberlin holds a Master of Aeronautical Science in Aviation Management from Embry-Riddle Aeronautical University and currently works for Code1 Maintenance helping military aircraft mechanics get their FAA A&P licenses. He is also a retired CMSgt, having served 4 years on active duty in the USAF and another 34 years in the Air National Guard. Dave has held a wide variety of technical, instructor, consultant, and leadership positions in his nearly 40 years of civilian and military aviation. experience.