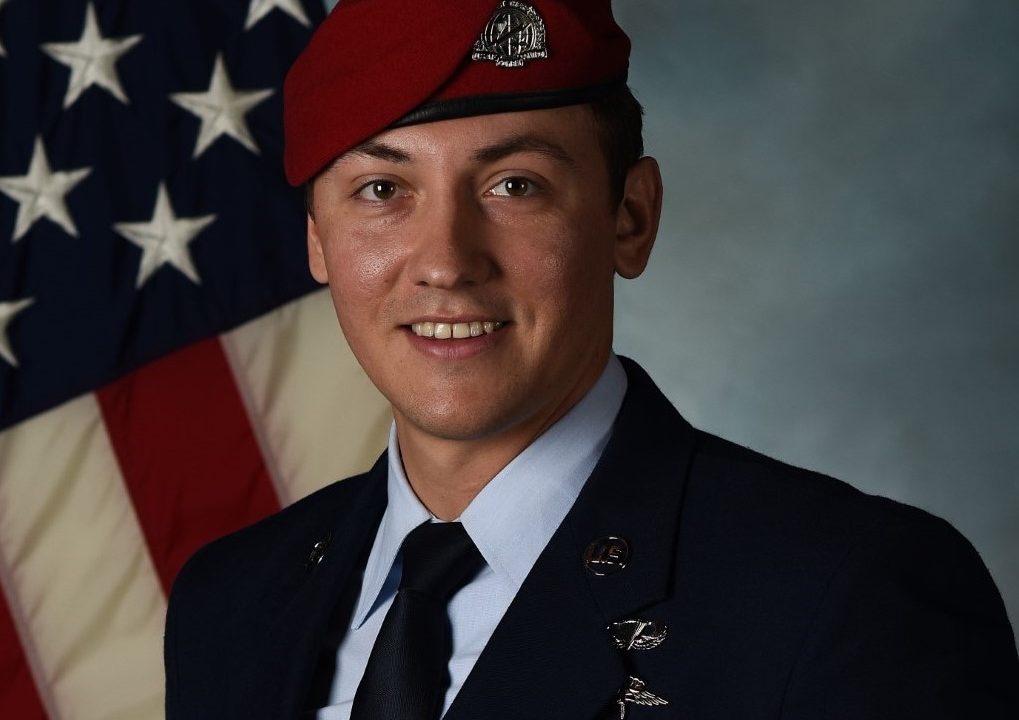 On April 8, 2017, Germanovich was attached to a team of Army Special Forces and Afghan Commandos while on a mission to clear a well-fortified valley in Nangahar Province, Afghanistan. During an enemy ambush, Germanovich repeatedly exposed himself to sniper and machine gun fire while directing numerous danger close airstrikes from an AFSOC AC-130 gunship within 35 meters of his position.

With the team expending all of their rifle ammunition and grenades, they drew their pistols in an attempt to suppress the advancing enemy. Germanovich directed his team’s withdrawal, then traversed 700 meters carrying a casualty up a mountain to a helicopter landing zone while directing close air support.
Germanovich is credited for the protection of over 150 friendly forces and the destruction of 11 enemy fighting positions over the course of the eight-hour battle.

With this honor, Staff Sgt. Germanovich becomes the 12th Special Tactics Airman to receive the Air Force Cross since 9/11. The ceremony will be held at Cannon AFB, New Mexico, and presided by Secretary of the Air Force Barbara Barrett on December 10, 2020.