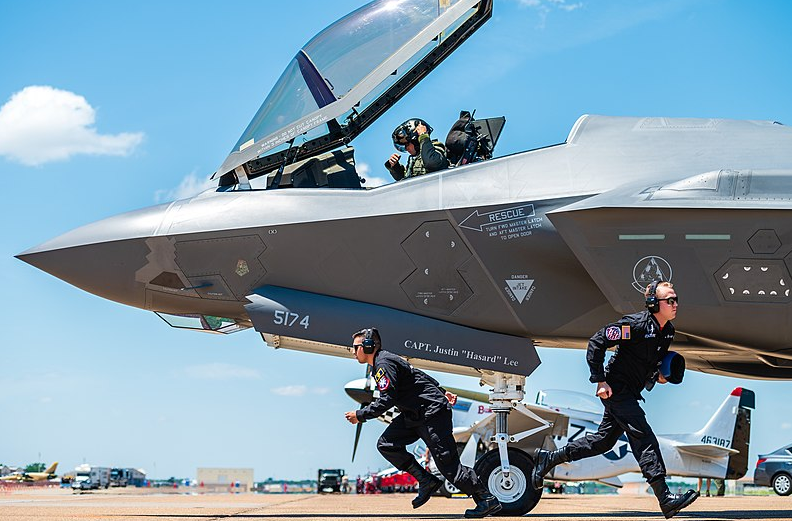 This first appeared in The Havok Journal on November 6, 2020, but the issues discussed remain just as relevant today.

I can’t speak for the other branches but it’s common knowledge within the USAF that it has a problem with its leadership. Toxic is the word that is heard more than any other, and way too frequently for it to be glossed over by a few disgruntled airmen.

“Nine months before Air Force Brig. Gen. Jennifer Grant pinned on her first star, members of the team tasked with investigating her behavior in the years leading up to her promotion said they’d never seen airmen so afraid to face their commander.

The climate Grant created while leading the 50th Space Wing at Schriever Air Force Base in Colorado was described as “tyrannical” and “toxic,” by rank-and-file members and leaders alike. That’s according to a 122-page Air Force Inspector General report on Grant’s time leading the command from June 2017 to June 2019. Investigators interviewed more than 60 witnesses, according to the report obtained by Military.com. The inspector general substantiated three complaints made about Grant: that she created an unhealthy work environment, failed to treat people with dignity and respect, and improperly accepted a gift from a subordinate.

The team tasked with investigating Grant’s behavior while leading the 50th Space Wing described the conditions she set for her subordinates as “the worst seen in 20 years.”

“People were saying if they had to work for Col Grant again, ‘I think I’m going to get out,'” one witness said. “In a time where [other leaders are] kind of messaging, ‘Hey, I need folks to stay.’ … I feel like that’s sort of another area where her style has a negative impact on the Air Force in terms of retention.”

The report also states there were “a number of suicides” during the same period. Photos of text messages from one airman who’d served for 16 years who later took her own life referenced problems she was having with Grant.

“[She] can literally break me at this point,” the airman texted. “I have too much time not to make it to 20 [years of service]. [In] my short time here, my career has taken a huge dive. I just can’t seem to make the cut to be good enough. … I’m sick of her coming after me for one thing or another.”
Read the rest of the report for even more classic leadership actions on the part of the cream of the crop of the Air Force. But the stunning thing is that they gave her a Star anyway! Are you tracking with me on this? The worst they had seen in 20 years, and they still promoted her?

And if you think that she is an isolated incident then you’d be wrong. It’s rampant and systemic through the officer and SNCO ranks. Airmen are leaving in droves or killing themselves in record numbers. And Mother Air Force just wrings her collective hands with apparent ignorance as to what the problem is.

Airmen have been screaming on social media about the problems but how did the Air Force handle dissension in the ranks? They created AFI 1-1, a regulation governing airmen behavior in numerous areas, including social media. And they instituted a series of Air Force Climate surveys, given sometimes multiple times a year. These surveys are touted as being completely anonymous and leaders base their performance on the results. Sadly the troops don’t trust the surveys because everyone believes that the demographic information collected can be used to determine respondents’ identities. The result is that the folks who are upset don’t answer truthfully, and the rest of the respondents provide glowing feedback to commanders.

It’s exactly what led General Mark Welsh to proclaim to Congress when questioned about conditions in the Air Force that, “Morale is pretty darn good!” The truth is that most of the Air Force, at least in the aircraft maintenance ranks, nothing could have been further from reality. When he said that we all laughed one of those sad ironic despairing laughs. You know the one. Like when the Captain of the Titanic saw the “Unsinkable” placard on the bulkhead as he went under the icy water.

So what’s the problem here? How are the toxic leaders continuing to be toxic and how are they managing to keep getting promoted? Toxic leaders need to be called out by peers and subordinates but nobody is saying anything, or the right people aren’t listening. Why? Because of fear. For someone who wants to make the Air Force a career, all it takes is one endorser on an evaluation to write a simple phrase and you won’t get promoted. Check this out from the Air Force Personnel Center webpage regarding promotions:

All your rater has to write is “Promote” and you will stay at your current rank. Do that too many times and you hit High Year of Tenure and you are kicked out. Do something as simple as not “volunteer” for a community cleanup and you get the “Promote” death sentence. Yes, the promotion process has a lot more elements to it but that’s the crux of it.
Now for the big question. How to fix this?

Junior officers and enlisted personnel need to be willing to put their careers on the line and call out toxic and ineffective leaders. The wingman concept demands this sort of action, assuming you believe what the Air Force says they want you to believe. The other choice is to live in fear and allow people to hold promotions over your heads.

The concept of chain of command needs to be drastically modified or trashed. It allows toxic leaders to control or massage what a commander hears. Tons of good commanders believe things are fine when subordinate leaders are hiding their failures to ensure their own promotions. Commanders need true open-door policies where any airman can go straight to them. Many will disagree saying that commanders will get flooded with minuscule and petty problems. But airmen should be briefed about negative consequences if they waste the commander’s time with petty issues.

Do away with Climate Surveys. They are a waste of money and prove nothing. Junior NCOs should be passing issues regarding the force up the chain. And they need to be unvarnished and brutally honest with no editing by superiors.

Get rid of the Command Chief role. Back in the day, once you made Chief you were untouchable because you had topped out and you did what was best for the troops. Now with the possibility of Command Chief, you have a pack of drooling Chiefs all hoping for that last prestigious position over the other Chiefs. And then you get people playing politics to try to get it, instead of looking out for the troops.

Remove the guidance in AFI 1-1 regarding social media. The fact is that if people are unhappy then they are talking about it in the breakroom, at a bar, or in the dorms. If they are unhappy don’t you want to know about it? If someone is complaining about a toxic leader on social media and is bringing public discredit on the Air Force, where does the fault lay? With the toxic leader. If you have good leaders then people will not be airing bad things on social media. Listen, the cat’s out of the bag with social media and is never going back in. If you are a good leader you have nothing to fear.

Form an independent watchdog civilian group that reports directly to Congress and the Chairman of the Joint Chiefs to field and investigate complaints regarding ineffective and toxic leaders. The DoD would have no authority over this group and service members could file complaints anonymously.

Toxic leaders should receive the same treatment that their civilian counterparts do. Termination. None of this reassignment to a new base or a reduction of one grade and retirement. You did 17 years and now may lose it all? Sorry, but you should have lived up to the Air Force Core Values. Integrity First, Service Before Self, and Excellence In All We Do. How does a toxic leader embody any of these? And yet we give a Colonel a Star who is the worst leader the IG has seen in 20 years?

Commanders need to terminate officers and NCOs who hide the truth or massage the facts and reward those who are brutally honest and tell the unvarnished truth.

Dump all the programs that don’t directly support the mission. Community cleanup days just give ineffectual leaders something to hide behind. They can’t lead but they can be the person telling subordinates to clean up a crack house and then get their picture with the mayor.

The ratios of officers and NCOs to airmen are way too high. Fewer managers and more workers will help morale and production.

Is all this drastic? Yes of course it is. But it’s time for drastic measures if the Air Force is truly serious about fixing the issues of morale and toxic leadership. But honestly, I don’t think they are because as I’ve said before, all the Show Ponies have killed the Warhorses, and deep down inside they are happy with the status quo as long as they make their next promotion.

And if you’ve done this for even a third of the time that I have, you’ll see the hand-wringing and rhetoric for what it is. Just words to placate the troops and get them to shut up and get back to work.

Dave Chamberlin holds a Master of Aeronautical Science in Aviation Management from Embry-Riddle Aeronautical University and currently works for Code1 Maintenance helping military aircraft mechanics get their FAA A&P licenses. He is also a retired CMSgt, having served 4 years on active duty in the USAF and another 34 years in the Air National Guard. Dave has held a wide variety of technical, instructor, consultant, and leadership positions in his nearly 40 years of civilian and military aviation experience.