HomeCultureMilitary“Next of Kim”: Is North Korea’s Leader Really Dead? And If So, What Does It Mean to Us?

“Next of Kim”: Is North Korea’s Leader Really Dead? And If So, What Does It Mean to Us?
by Scott Faith

Something is very wrong with North Korean leader Kim Jong Un. The portly despot has not been seen in public for weeks, and was conspicuously absent from an important public event celebrating his grandfather’s birthday earlier this month. His no-show at that event, and his lack of public appearances since, has spurred all manner of speculation about his health, whereabouts, and status. Some rumors hold that he is in a persistent vegetative state after a botched cardiovascular surgery. A different story is that he was accidentally wounded during a missile demonstration. And a third theory is that he may have been toppled in a coup. It’s even possible he fell victim to COVID-19… although North Korea has infamously claimed to not have a single case of the virus in their entire country.

…of course, it’s also entirely possible that he is alive and well, as North Korea claims.

At any rate, whatever has happened to Mr. Kim, it is definitely not “business as usual” in the Hermit Kingdom. With Kim’s demise apparently a foregone conclusion, there is much speculation about who will succeed him. With no next of kin ready to take the reins, the strongest contender appears to be Kim’s sister, Kim Yo Jong. Mrs. Kim is married to one of North Korea’s political elites, and is also vice director of the Workers’ Party of Korea Propaganda and Agitation Department. She has experience living overseas, and also in international politics. She is known inside and outside of Korea, the latter due largely to her appearance in a photo with U.S. Vice President Pence at the 2018 Olympic Winter Games. 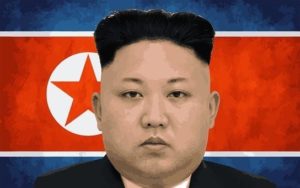 Even with all of her experience and connections, however, Kim Yo Jong is still a woman, and that might be a bridge too far for a country who has only ever been governed by three men. So power may pass to Kim Jong Un’s uncle, his older brother (who was passed over in the previous successor) or his young son. But whomever it is, it is almost certain to be a direct descendant of North Korea’s “Great Leader,” Kim Il Sung.

What this means for America, and for the rest of the world, remains to be seen. While some speculate that having a woman in charge of North Korea would make the country open to reform, Kim Yo Jong is reportedly every bit as ruthless as her brother. She is already on the U.S. Treasury’s list “Specially Designated Nationals” over her alleged human rights abuses, and her need to consolidate power and demonstrate her commitment to the kingmakers inside her country might drive her engage in major provocations. The same might be true for any other individual taking over for Kim Jong Un: missile launches, cross-border incidents, and confrontations at sea might become the norm in the coming months as North Korea seeks to show resolve and strength during a period of turmoil.