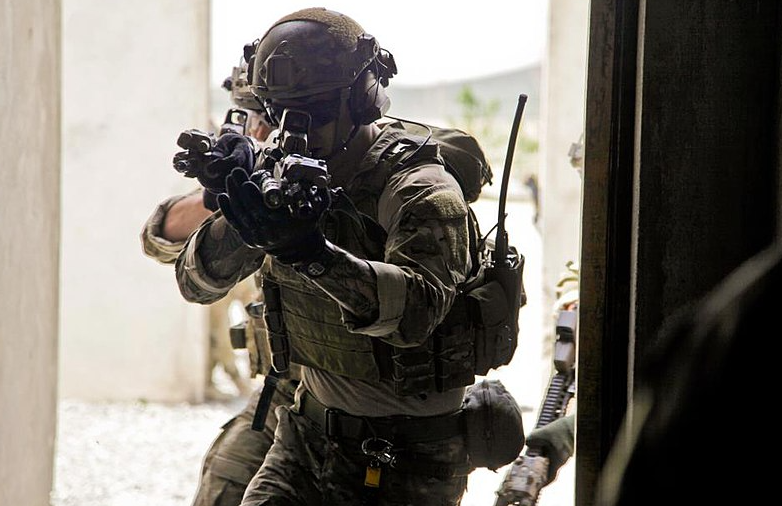 The mountains and land of our founding father’s defined James Webb’s life from the very beginning. Born in Madison, VA, what he calls his own piece of “heaven on earth,” he dreamed of becoming an Army soldier as a kid, following the Webb family legacy.  He grew up swimming in the river, raising cattle on the family farm, becoming a handyman with his father, playing football, running track, wrestled, and loved exploring the magic of the Blue Ridge Mountains. In 2005, James Webb enlisted in the United States Army, and in 2006, he graduated from the Ranger Indoctrination Program (RIP.)

RIP was an intense three-week course to test, train, and push prospective Rangers to their physical and mental limits.  The goal was to determine suitability in the Ranger Regiment. Events included the PT test, the Combat Water Survival Test, 5-mile run, 6-mile ruck march, 12-mile ruck march, land navigation, medical training, fast roping, parachuting, and much more, as well as the mandatory smoke sessions in between. This program separated the boys from the men and is now called Ranger Assessment and Selection Program (RASP), adding an additional five weeks to the training session.

In his career, Webb led a small cannon team, with 60mm mortar, carrying the mortar by himself, assisted with sniper security, and worked with the multi-purpose canines (MPCs) with the 3rd Ranger Battalion, 75th Ranger Regiment, B-CO, and D-CO.

“I was happy to be a Ranger. I belonged there, ridding evil of the Earth. I had a group of guys willing to fight and die with me. I had never and probably will never feel such a good feeling as when you all make it back and head to chow and start bullshitting,” Webb said. To read the story of how he earned his combat scroll, click here.

In January of 2009, Webb was on a motorcycle trip along the outskirts of Columbus, GA, and out of nowhere, Webb was struck by a drunk driver going 50 mph. In the passing of a few seconds, life would change drastically for Webb.

After being struck, Webb remembers many cars passing him, driving inches from his head.  While the people in those cars sped past continuing with their busy schedules, Webb lay on the cold asphalt with his right leg smashed into several pieces.  His pelvis had been pulled apart like a wishbone, he had 3 compound fractures, his tibia and fibula were sticking out of his skin in two different spots with his heel facing upside-down along with hematomas of the liver and the right kidney. He vividly remembers that his femur was sticking out of his jeans which was possibly the most traumatic thing that Webb remembers. There were multiple fractures in his right hand, and Webb was bleeding profusely, so much so that he remembers a four-foot radius of blood circling around him.

At first, the doctors advised that his leg be amputated above his right knee.  But Webb pleaded and ultimately insisted that they put his leg back together.  Although the doctors continued to be skeptical, over the next two years, Webb underwent nine surgeries to rebuild his body.  With each surgery came another recovery, and the need to rebuild his muscles from that downtime through countless therapy sessions.

Webb’s noble and honorable career in the 75th Ranger Regiment had to come to a close the day he was hit by the drunk driver.  While he lay in his hospital bed, he reflected on the time, when he had fought valiantly against the evil in this world. He thought of the many lives he had saved and been changed by during his time as a Team Leader serving alongside the nation’s elite.