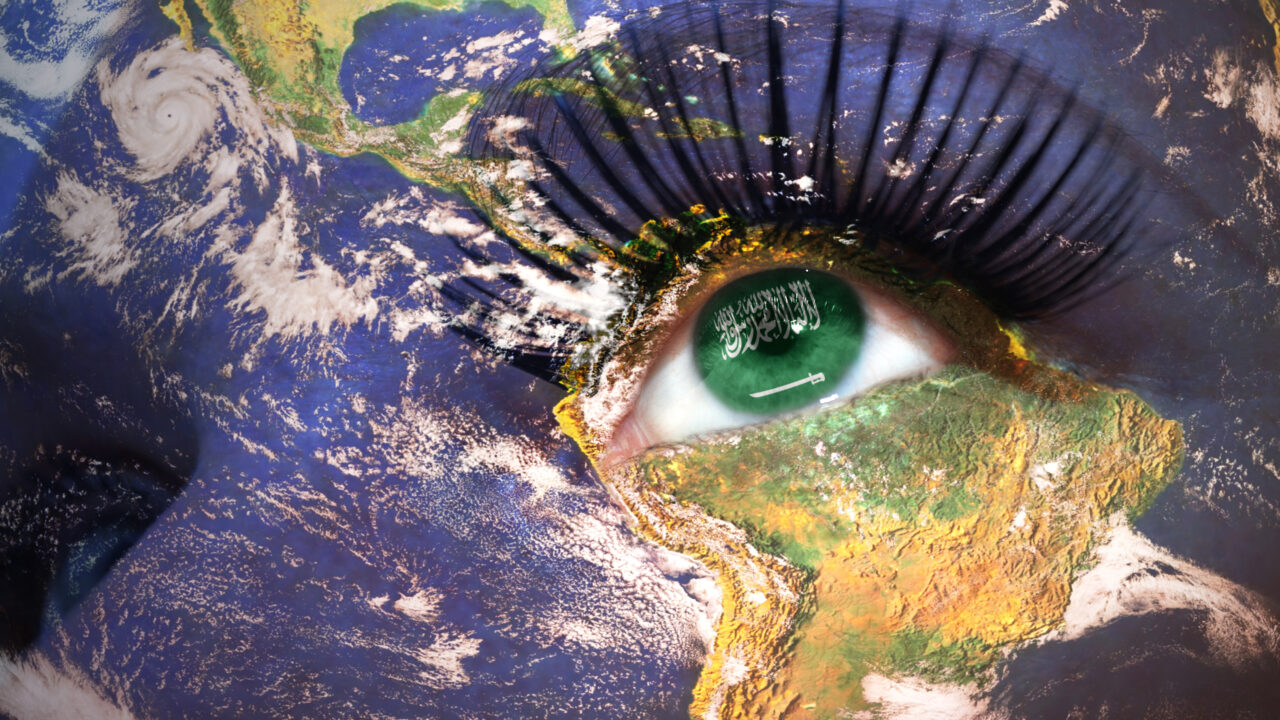 In the masculine-driven nation of Saudi Arabia, women are subordinate to men and the state, yet, in the eyes of both, they serve an important role within their society. Historically and contextually, the Saudi government sees women as weak and “depicted as needing to be protected, controlled, and guided within an authoritarian, paternalistic, and protective framework, lest they undermine the masculinity of the state and threaten the integrity of its morality.”[1]  For the Kingdom of Saudi Arabia and its politics, women serve as “symbols of piety, debauchery, or modernity” in a state which “measure[s] its legitimacy using a constructed moral order.”[2]

In Madawi Al-Rasheed’s chapter of Saudi Arabia in Transition called “Caught between Religion and State,” she highlights how women, specifically their social behavior and appearance in public, is a measured way of showcasing the piety of the state. Backed by the religious ulama, this grants the political wing of the government power and control. Social issues tend to be the focus when it comes to gender because the religious establishment which backs the government tends to have more influence in this sphere than in politics and economics.[3] An example of this laser focus on the social control of women is shown through ulama’s “fetishism” of fatwas (opinion) on the topic, which numbered over 30,000 in the second half of the 20th century.[4] To be fair, the author is historically critical of the Saudi government, and it should be highlighted that men’s behavior, dress, and social interactions are also guided by fatwas. This is also true in other Muslim countries, not just Saudi Arabia.

Madawi Al-Rasheed highlights an interesting realm where women have been empowered by the state: the global war on terror. On this topic, reform has empowered women, specifically after the attacks on 11 September 2001, to be “agents of the state in its battle with its home-grown jihadist trend.”[5]  Viewing women through their traditional role of mothers, sisters, nurturers, and teachers, the Saudi government views women as a sort of first line of defense against radicalization, and to be positioned in the right place to interdict their male family members from going down the wrong path towards violence.  But instead of just empowering women in their own homes to directly influence youth and correcting deviance, they have also embarked on a campaign of reform to enlist women as informants of the state.[6]

Traditionally, for a host of reasons outlined by the religious clerics and government, the body of a woman is viewed as weaker than a man’s and often associated with fitna, or chaos, which is why it must be assigned guardians and protected.[7]  However, in the war on terror, the pendulum swung in the opposite direction, with women involved in the state campaign against jihadis as those involved in promoting fadila, or virtue. Enlisted as informants in the past fifteen years, women have served under the “Committee for the Promotion of Virtue and the Prohibition of Vice” to report “early signs of radicalization and unusual militant attitudes and behavior.”[8]

Saudi women have also been added to the state’s security apparatus as spies, specifically to attempt to infiltrate the ranks of possible jihadi networks and cells.  This includes both men as fighters and planners, as well as women participating in support roles for jihadist cells providing logistics or flaming radicalization through online propaganda and messaging. They have also played a part in the more controversial interdiction of Islamist activists under the umbrella of the war on terror.[9]

While the Saudi government has empowered these women to serve in important roles for national security, it remains to be seen whether this momentum will carry over into other matters, specifically social reform. While the justification for their public employment still resides under the paternalistic control of the state, this type of empowerment could signal possible gender reform in other areas, both inside and outside of government. While this has not occurred in vast amounts to date, members of the royal family including the deputy crown prince, Mohammad bin Salman, recently commented on his desire to make Saudi’s society more open.[10]  Addressing gender issues, specifically in the social realm, would be a good place to start, and could arguably address some root causes of terrorism in the process.