HomeWorldAfricaIf Cecil Circus: If He Only Had A Gun 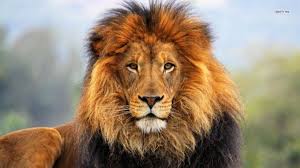 The death of Cecil the lion seems to have stirred up such a magnificent firestorm of outrage that the photos and video of fetal part harvesting has been lost in the background. I mean, what is the world coming too when a lion gets hunted for sport? 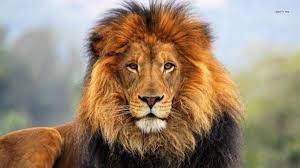 Animal lovers, activist, several avant-garde celebrities and thousands of others have unleashed a torrent of hate against the hunter, Walter Palmer, and the two “guides” whom he paid for his hunt. He has been vilified, threatened, and is apparently in hiding. One esteemed celebrity Tweeted Palmer’s address to the masses so people could protest outside his house.

Alas poor Cecil, if only he had a gun.

The ridiculous nature of the attacks is part and parcel to the worst of social media. And in reality, it is not all that worth getting upset about on either side. The rarity of animals in the wild will continue to decrease until their numbers become unsustainable, and many will be hunted either for mythical Eastern medical cures for the wealthy in China, or they will be hunted for sport by Westerners who are willing to pay for the chance to kill the last of them.

Either way, dead is dead.

All this hype is pointless anyway except to validate the unrestrained nature of fools on the internet and in public. Things like this, the overblown self righteous rage do nothing but put tension on a populace that has proven time and again it cannot do simple math.

How many voices are crying out for action against Palmer? A hundred, a hundred thousand, less, more, or somewhere in between, in any case it does not constitute a majority. So why do we listen? Why can’t we tune them out? Because it sells advertising, it sells airtime, it attracts more business.

There are an estimated 330 million people in this nation and of that number 10 million like Fox News on Facebook, 18 million like CNN, but we don’t know how many of those numbers are actually in the country versus around the globe. There is probably a way to find out but it doesn’t really matter.

Even if those numbers are including a sizable foreign population it is still less than a majority. The irony is that the media, at the national level, consists of only six sources. News Corp owns Fox, AOL Time Warner owns CNN, ComCast owns NBC, Disney owns ABC, and Viacom owns CBS.

It sounds okay until you realize what else those six own. News Corp also owns the Walls Street Journal and while Fox News gets a beating on the fair and balanced scale, the WSJ is often a major go to source for the center of the line. So how can we have such a distance between two media outlets? It might be because they are manipulating us.

With limited choices for news, even in the 24 hour news cycle, why do we even have a story about a lion? In no imaginable circumstance is this lion relevant enough to make it to the front page of anyone’s paper when there are major drastic issues to be faced on a daily basis.

The media is often enough ready to lead with death and violence but they spend more time entertaining the fringe than they do the mainstream. The reason is the fringe is loud, they are strident, they have causes, and they will cause the rest to pay attention by involuntary reflex. Not everyone slows down at a car wreck to see all the gory details, but once one person does, the rest area forced to slow whether they want to or not.

That is why our dear departed Cecil is important to the news. He is a wreck that causes the fringe to slow down and force the rest of us to take a look and in so doing, a minor percentage of the population manipulates what the others see.

The media is not interested in the true validity of what it reports. They don’t want the truth out there any more than Congress does.  Imagine if CSPAN pulled the cameras back a bit wider and you could see that your representative was talking to no one about your issue. No one was going to vote on it because no one heard it. But he told you he spoke on the floor of the House. He did, no one was listening but he did do it.

This is how the manipulation works. We only see what we are allowed to see and even then it is slanted, tailored, bent, and shaped to present a view designed to inflame enough people to carry it to the next level on emotion alone.

How does anyone even know Cecil was killed, because quite frankly, before this particular firestorm hit the web, I had no idea who the hell Cecil was in the first place. The media knew it was going to light a match to this particular pile of tinder and get a bonfire out of it. It is all for nothing because most of the people in the world do not give much of a damn about Cecil or any of his kin.

But we will be dragged into it and sides will be drawn because the media found another story to divide and hype so that the fringe can declare a flame war on the internet and their voices will be raised in strident glory over nothing, again. Can you imagine if Kanye West shot a lion and wrapped it around Kim, the internet would explode and the world might very well end.

Do not comment on this stuff. Demand better reporting about issues that matter by not forwarding and passing along emotionally inflammatory things that don’t matter.

The media is manipulating the loudest of the nut jobs in order to slow down traffic so we can all see the scene they have laid out before us. If you don’t believe me, go see what else is owned by those media powerhouses and tell me that there is anything remotely like a disinterested fair opinion.

They would listen to the loss of money. That is the one value system most of the world can agree on and it is the point to how it all works. The media shows you something to make money, and they distract you from other things that might lose them money. The truth has no monetary value.