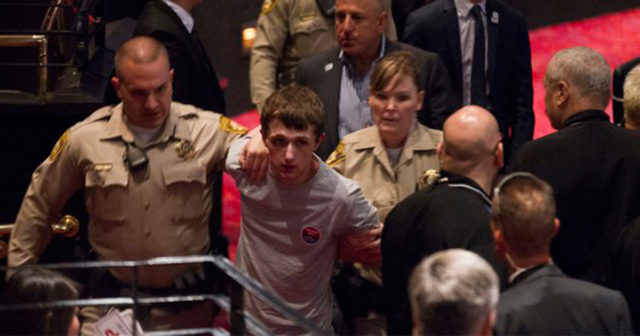 CNN and other major news sources are reporting that police thwarted an assassination attempt directed against Donald Trump during a campaign rally in Las Vegas yesterday.

Police say that Michael Sandford, who holds UK citizenship and was living illegally in the US on an expired visa, attempted to take the gun of a Las Vegas Metro Police officer during the rally.  After being arrested, he said he tried to seize the weapon in order “to kill Trump.”

Other news sources report that Mr. Sandford drove to Las Vegas the day before the rally to receive firearms training prior in advance of the assassination attempt.

No one was harmed in the incident, which could land Mr. Sandford a decade or more in prison.  For now, it appears he acted alone.