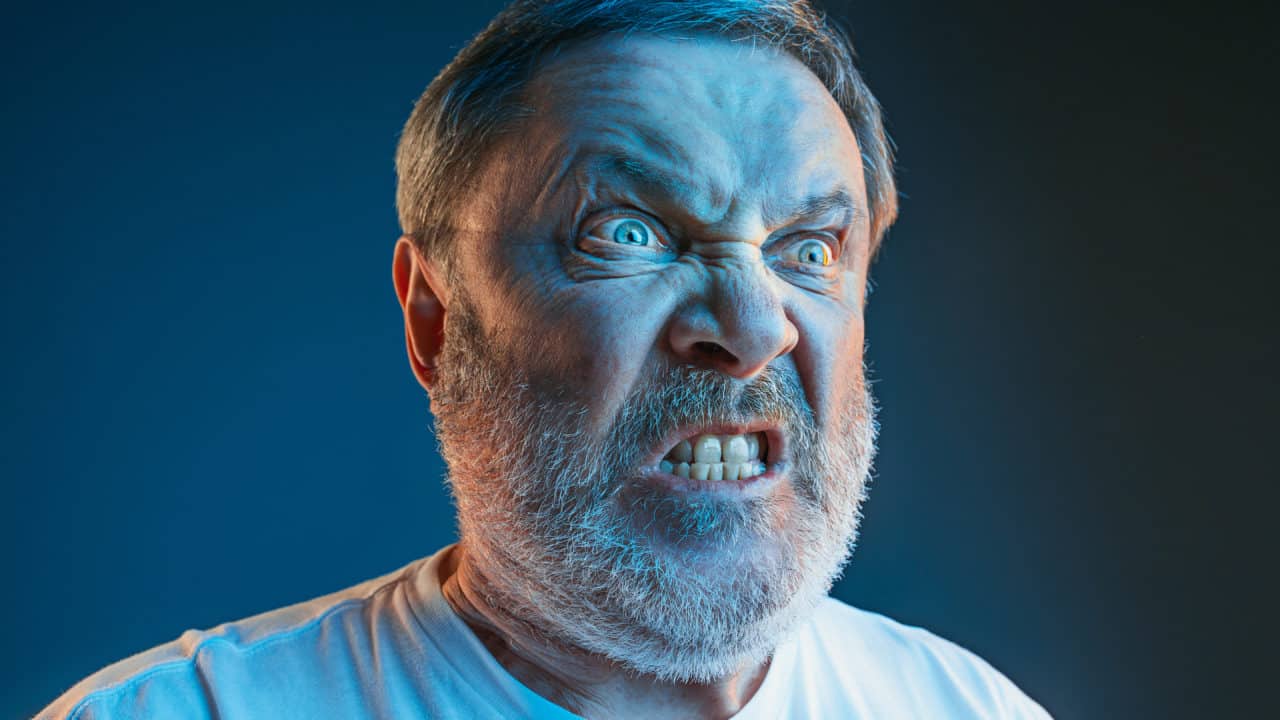 After cauc-blocking the extremist wing of her own political caucus for months, Speaker of the House Nancy Pelosi finally caved in to the cumulative pressure crying out to impeach President Trump “for something.”

Unfortunately, that “something” is turning out to be “nothing.”

Speaker Pelosi may have committed a grave political error by deciding to bring an impeachment inquiry based on the unsubstantiated allegations of a so-called “whistleblower.” The as-yet-unnamed individual claimed to have knowledge that President Trump pressured the president of Ukraine to give up dirt on the son of political opponent Joe Biden.

Joe Biden’s son Hunter was on the board of a Ukrainian company and making—wait for it—a super-sketchy $50,000 *a MONTH* while his father, the sitting Vice President of the United States, was pressuring Ukraine to remove its top prosecutor. And President Trump is the one they want to look at?  Um, ok…

There are many problems with the Democrats’ latest  narrative, of course. To begin with, the evidence is even flimsier than the whole “Russian dossier” debacle, the only difference is that this farce is (presumably) not bought and paid for by the Clinton campaign. Key Democrats admit that they know neither the identity of the “whistleblower” or what’s in the report. Yet they’re proceeding with an impeachment inquiry anyway?

Look, I understand why Speaker Pelosi had to do it. She’s losing control of her own party, which is in a rush to run as far to the left as possible, as quickly as possible. But an impeachment over an unsubstantiated allegation that no one has even read yet is just plain stupid. Going after President Trump now, over this, strips away any pretext of the whole “impeachment” dumpster fire being anything other than a perpetual soft coup attempt against a sitting U.S. president.

Prediction: this is going to end up the same way the Russian hoax did. After a lot of Democrat finger-pointing at the President, it will boomerang back onto Democrat malfeasance, either on Candidate Biden or other Democrats involved in trying to protect him. This seems especially likely now that President Trump is going to release the transcripts of the call.

I guess we’ll have to see what new thing the Democrats will have to invent in order to oust the legitimately-elected President of the United States of America. In the meantime, their blue bawls will have to continue, with no relief in sight. 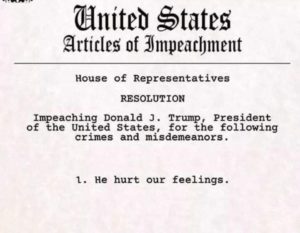