HomePoliticsInternationalWe Don’t Talk About the Women of Afghanistan 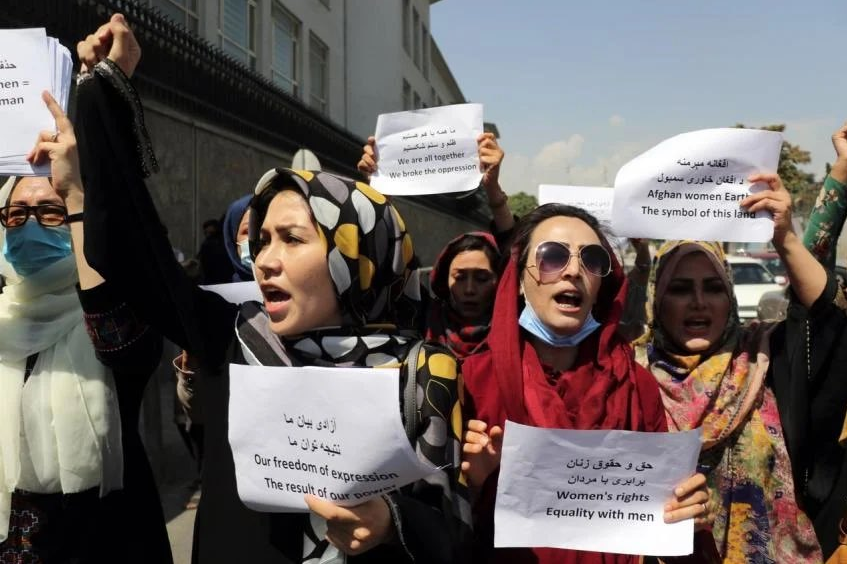 It was August 30th

It was the day the U.S. Military left Afghanistan

No one can hold onto airplanes in flight

The Taliban quickly rolled in, like thunder, wearing evil grins and the Afghani women said, “Our lives are over”

What a terrifying day

I am sorry that we pulled out and left that way

The women grew to live in fear of the Taliban knocking

Always the women are left suffering

Like struggling with dictates, they don’t want or understand

Rules and punishments, which haven’t been seen in 20 years

from head to foot

No voice in the regime

The Taliban saw their dreams

And feasted on their screams

One lady told me that she wished that she was dead

The next day she was- DEAD!

There is no future for me she said

And she was right

She said that all the women would disappear overnight, now look around

Their fate was sealed the day Sharia Law was reinstated by invading religious extremists.

Another Afghan woman named Crystal Bayat, however, would not be dissuaded

Under threat of death

She marched in protest against such evil

Hey Sis, I’m proud of you

You inspire me to speak up too

Can you hear me now?

Um, the women of Afghanistan…

Yeah, about the women of Afghanistan…

We really need to talk about the women of Afghanistan…

Give us the truth and the whole truth, the women of Afghanistan are still here and are rebelling against Taliban rule

Time to open our eyes & ears!

From head to foot

No voice in the regime

They fade into the background unseen

The Taliban saw their dreams

And feasted on their screams

But the Afghan women, even as their tears fall like rain, continue to fight on and say, “They can’t silence us in this day and age!”

Afghan women flood the streets and use technology to rally support, ask for help, and demand recognition

They are still here

Won’t you join them?

Talk about the women of Afghanistan

Use WORDS to gain traction and make a difference

I never should have waited so long to start the conversation

Lori Butierriesis a full-time caregiver to two children with disabilities. She uses her life experiences and the medical knowledge she gained from serving as a Hospital Corpsman in the United States Navy to help others facing similar hardships. Lori is an author for The Havok Journal, an official columnist for AwareNow Magazine, and a contributor to The Mighty. Likewise, other news sites like MSN and Yahoo! News have also republished select articles Lori  has written. Lori’s writing extends to children’s literature. Her debut picture book, GIFT FROM GOD, was self-published at the beginning of 2021 and placed as a finalist in two categories in the 2021 Next Generation Indie Book Awards. Lori’s long-term goals are to use her writing to educate others about, advocate for, and dismantle negative stereotypes regarding disability, mental health, and the military/veterans community.