HomePoliticsInternationalBravery Looks Different for the Women of Afghanistan 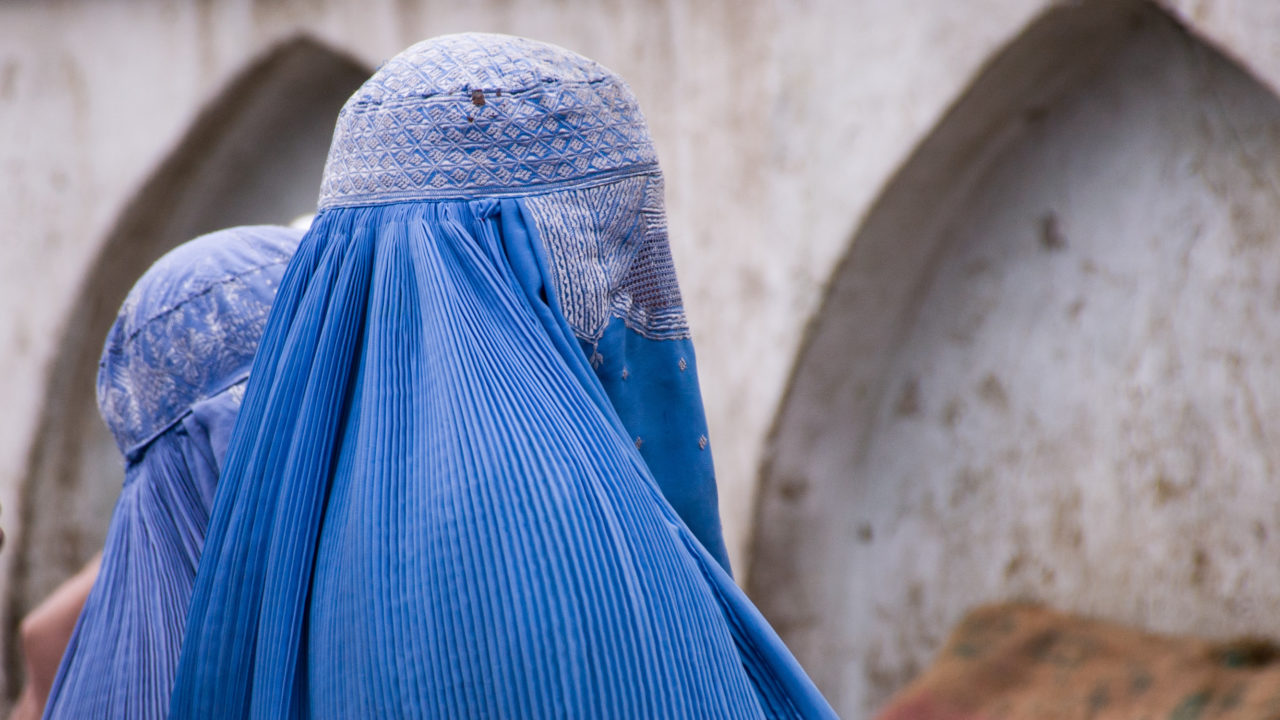 This first appeared in The Havok Journal on August 18, 2021.

Every time I allow myself to think about my 2004 deployment with the 22nd MEU to Afghanistan, an inexplicable fear grips me, and it is hard not to get lost in the memories of war.

For a long time, I resented the Afghan people for their inability to protect their own country from the Taliban. That feeling came from a place of ignorance and privilege, but I was too young and impressionable to know any better back then.

I remember standing and listening to Capt Marte, another female searcher attached to BLT 1/6, trying to inspire and explain women’s rights to a group of Afghan women at a compound we were searching. At one point during Capt Marte’s speech, an older local lady interrupted (via our interpreter) and said, “Why would we want that? This is the way that it has always been.”

I walked away frustrated and shaking my head, thinking- Why are we here? What is the point of all this? What are we really going to accomplish with this mission?

I was mad that the Afghan women that Capt Marte was speaking with didn’t seem to want better lives or opportunities for themselves or their daughters. I arrogantly assumed that they weren’t brave enough to embrace a positive change like the one Capt Marte was proposing. Looking back, it was me who was shortsighted and couldn’t see the big picture.

That elderly Afghan lady knew something that I didn’t; the western invaders or infidels would leave one day, and then those who dared to buck the system would be punished. She was trying to protect her family by reigning in their expectations, and I don’t blame her, knowing what I do now.

In general, the locals that I met during my time in Afghanistan were polite and curious, but they didn’t seem to like the Taliban or us. Still, they knew that the American military was the lesser of two evils because the U.S. had a code of conduct, rules of engagement, or uncrossable humanitarian boundaries they adhered to when interacting with the locals or the terrorists they captured.

Thus, innocent civilians weren’t at risk of being ruthlessly tortured, beheaded, having their families slaughtered in retaliation, getting raped, etc., by the Americans if they fed or harbored enemy forces. As a result, many of the villages we searched didn’t necessarily pick a side to aid; they tolerated whichever force rolled into their compounds and made themselves at home for the duration of their visits.

It is safe to say that my fear of the Taliban is nothing compared to the Afghan civilians. I got to go home at the end of my deployment- to all the comforts and luxuries that the western world has to offer, to escape and recover from my ordeal.

But there is no escape from the Taliban for people like the little old lady that I dared to look down my nose at, who lived in generational seclusion in the mountains of Afghanistan.

Afghanistan is her home. There is nowhere for her to go, especially with limited: finances, education, access to resources, support, and options. So, she chose to stay the course that has kept her alive all these years and advised the other females in that room at the compound to do the same during Capt Marte’s speech.

If she is still alive today, that elderly Afghan lady will have endured the foreign occupancy of the US and other NATO forces until they withdrew and the next takeover began.

Regardless, her life, like so many others in that country, was/is one of long-suffering. War is exhausting, but it is an ongoing part of Afghanistan’s history & current circumstances.

Unfortunately, the Afghan people will have to deal with the fallout of being abandoned and left to fend for themselves amidst the exchange of power like they have in the past.

The kind of mental strength and resiliency that it must take to live and thrive in the face of constant danger from foreign invaders, local warlords, other tribes, and now the Taliban (again) is impressive and brave in a different kind of way than I am used to seeing.

I was not born in a war-torn country, nor have I been stripped of my rights, freedoms, hopes, dreams, wants, desires, or had to compromise my morals or values to stay alive, which is probably why I didn’t recognize what I was witnessing the day the conversation about women’s rights got shut down.

It simply wasn’t a risk those ladies from the mountains could afford to take at that time, if ever, and that’s okay.

Bravery isn’t always about fighting the good fight or taking a stand against extreme odds or embracing a righteous cause, or being a martyr. Sometimes it looks like personal sacrifice, or enduring the intolerable with as much grace and dignity as possible, or making the best out of the hand that you have been dealt to stay alive or protect your loved ones.

There is no shame in being a survivor; I know that now. Moving forward, I will do my best not to judge other cultures that I cannot possibly relate to or understand. Our experiences are not comparable, and our standards differ accordingly.

I simply pray that when the dust settles after the Taliban reestablish their control over the country, the innocent Afghan civilians, especially the females, can rise from the ashes of the ‘Graveyard of Empires’ to find a new normal that they can bear to endure once again.

Lori is a full-time caregiver to two children with special needs, one child being terminally ill and physically disabled. She uses her life experiences and the medical knowledge that she acquired from serving as a Hospital Corpsman in the United States Navy to help others facing similar hardships. Lori focuses primarily on advocating for and educating others about the special needs, mental health, and veterans communities. Her long-term goal is to reduce the stigma associated with disability by talking about it with people of all ages, thus minimizing the fear and the mystery attributed to the unknown.