HomeNational SecurityWhy Fight Wars at All? 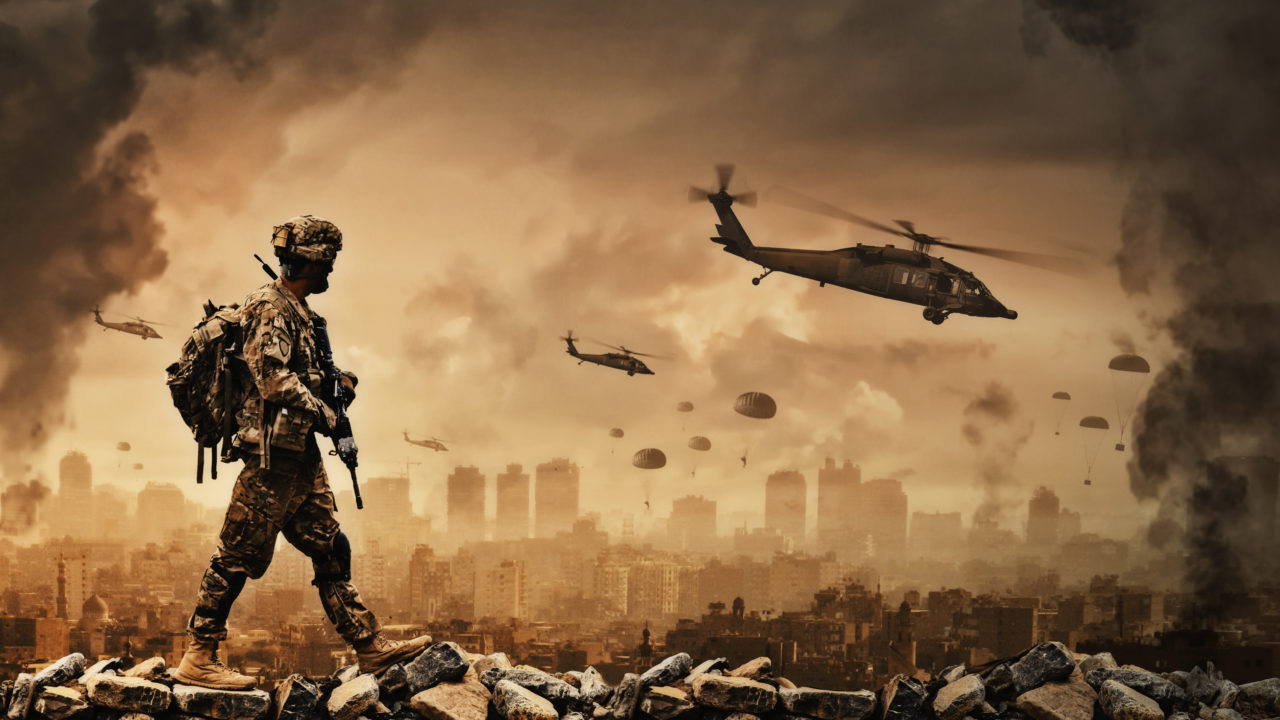 Why fight wars at all? We lose lives and treasure even if we win. Those who survive are haunted by the violence and the price they paid; whether they were drafted or volunteered every one of them offered up their lives for an ideal.

War is a bloody, terrible business. Military personnel are trained to kill their opponents and destroy their materials of war whatever those materials may be. Cities are turned to rubble and bodies lay scattered about indiscriminately in the wrack and ruin of the battlefield. Millions have died friend, foe, and the innocent because they were ground to dust between the two.

War is terrible. But being against war for the sake of the terror of it alone while enjoying the luxuries that war has brought you makes you a fool of the first order. If we know all of this, why do we still fight?

Being against war is a convenience. Freedom of speech and religion is a luxury. It might surprise you to view it that way but it is true. You can list major and minor nations around the world where speaking your mind or worshiping in any but the approved fashion will get you killed by the government.

Had we not fought the first war of our nation, we would have no nation as we see it today. The British Empire might not have fallen; the nation of America might never have risen at all. But go further than that. Would there have been a Rome without war?

If you don’t believe in something strongly enough to fight for it, why even argue about it in the first place? Those who decry war amuse me because they wish to use words against my sword. They feel superior but the truth is very simple.

Brutality will win against words unless it is opposed by those willing to use the tools of brutality with discipline. That discipline is the difference between the good guys and the bad guys in the most simplistic terms. I have the ability to unsheathe my sword but I choose not to. Not everyone in the world is of the same mindset.

The brave hypocrites and I use the word “brave” loosely, will shout their drivel at me because I will listen and do nothing beyond the legal recourse of all citizens regardless of the fact that I use of brutality or not. They will not challenge those they know will harm them. The irony is that they trust my discipline more than they are willing to admit.

Imagine them going to China and railing against someone from the police or military there, or Iran, or Russia, or Mexico, or really any other country outside the Western World. The West is the only place we allow our citizens to be ass-minded fools in public.

Our nation was founded in the violent struggle against the oppression of values of one form of government over another. We fought for a new version, new rights, the freedom to determine our own path without restriction for religion and class.

Mourn if you wish for those who were displaced in our violent growth and expansion. It is true that thousands of Indian tribes were destroyed as what ultimately became the United States of America expanded westward. Was it right to displace the aboriginal peoples we encountered? In their present, the answer was yes. In our history, the luxury of time is used decry the advance and the wealth that came with it, the wealth in land, resources, and the material wealth that made us the most powerful nation on earth.

Anyone who complains about the measures of our past while using the luxury of the present comforts that the past has provided is being intellectually dishonest and a hypocrite. You don’t have to like those measures and if you really feel strongly enough about it you can work to make amends. But simple speech or the written word is nothing but noise. You may think you are accomplishing something but in reality, you are taking advantage of the freedoms war has brought you.

Brave men and women have stood the watch and paid the toll with their lives. We service members don’t start the wars; the government starts them. War comes about when diplomacy reaches its end and the only thing left is the violence. You can disagree with war at your pleasure but take your disagreement to the polls.

I do not celebrate war, but I will not say the violence appalls me. I did not enjoy it but I would face it again and deal my part in it if the need arises. Like my brothers and sisters, I know that sometimes violence is an answer.

When those who would do us harm rise against us, we must stand and oppose them. The need necessitates the methods. If you do not meet violence with greater more focused violence, you will lose and succumb to the will of your enemies. I have seen our enemies at close range, no thank you.

I do celebrate my brothers and sisters who stood the test of duty. Who rose to the challenge and placed their lives against the needs of their society and the ideals of our way of life.

Without that sacrifice, we would not have the nation or the prosperity we have today. Before you decry the cost, look around you. Ask yourself what was necessary to give you what you see.  Intellectually dishonest people cannot image a world different from what they see about them but they bemoan and rail against methods that created it.

If you are dissatisfied with this nation and the cost of war, express yourselves to the people who started the wars, not the individuals who fought them.

War is not pleasant. It is nothing to look forward to. But it is vital that we prepare for the eventuality and equally important that we have men and women who continue to set their lives against the freedom we all enjoy.

The cost of war is measured in lives and material wealth.  If you don’t like the cost of winning, try imagining the cost of losing.

Leonard O. Benton is retired from active duty military service with 24 years and two combat deployments to Iraq. He left the Regular Army after 10 years and became a National Guard Recruiter for his first tour in the AGR program followed by over 10 years in Operations as Force Protection, CBRN, and three years as C-IED. He has an Associates degree and is currently working on his Bachelor’s. He is an amateur metal smith and when he is not working or writing he can often be found in his shop pounding away in the attempt to transform a lump of metal into an icon of beauty or function.