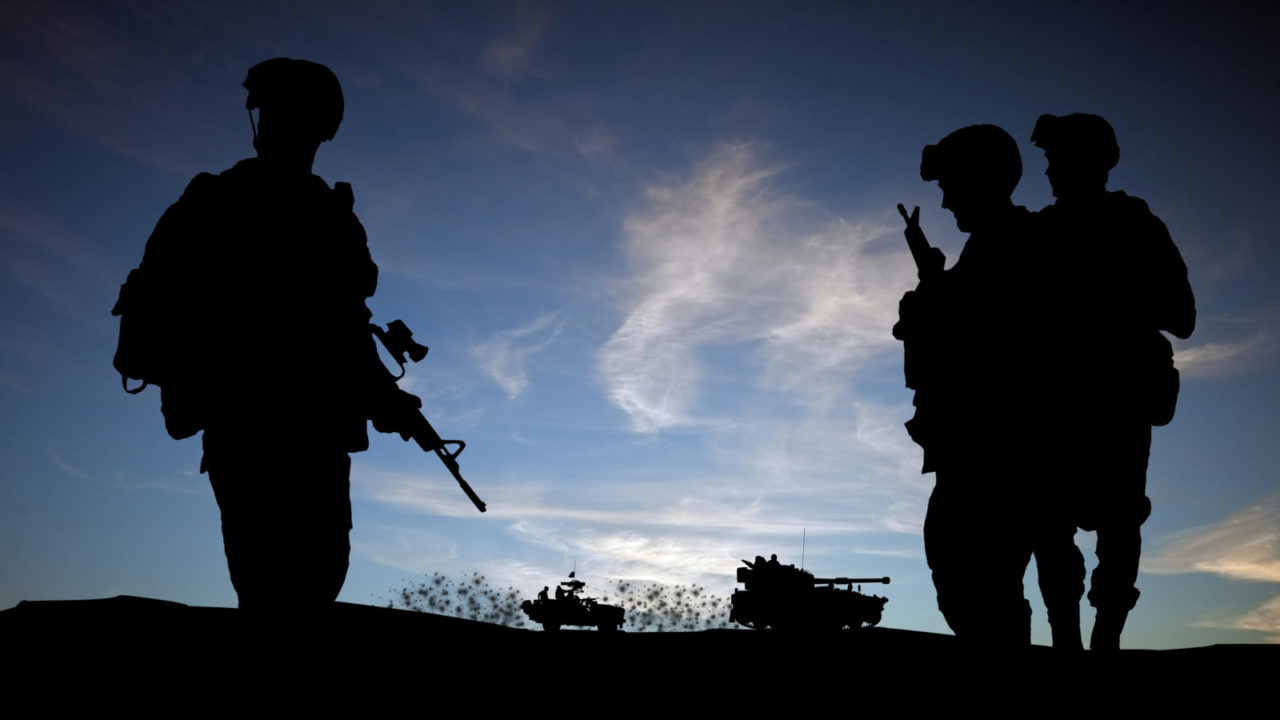 I work very hard not to be the typical angry vet, but sometimes it is very hard and today was a special challenge. I have never wanted the power to reach into the internet and grab someone so badly as I did today.

I read an old article by Jay Parini and I damn near went into orbit over one particular line.

“We have discontinued pursuing “wars of choice,” although it may take generations to recover from the mistake of invading Iraq, which will cost the American taxpayers two trillion bucks — with health care for veterans taxing our children and grandchildren for years to come.”

I’ve got a news flash for Mr. Parini — all wars are “wars of choice.” Every single damned one.  No war has to be fought.  All you have to do is surrender upfront. All you need is no opinion, no identity, no pride, and no desire to be an individual of any sort — ask France.

The human condition is fraught with examples of those who gave in and were butchered because that was the nature of their foes. Ask the Nigerian girls kidnapped in Africa if they wanted to be taken. Ask the people in Syria, the Jews, the people of Europe, the Chinese, or any others you feel like asking.

And too, you can ask the Native Americans, the Vietnamese, the Koreans, or the Mexicans.  America has fought many wars, some for clear-cut, even noble reasons. Others because our way of life was threatened and still more because our economy was at stake.

For those who will say greed causes wars, I say that you are right — your greed.  Every citizen of this nation is responsible for the wars we have fought because you have damn sure enjoyed the life that our society gave you.

Every man, woman, and child has benefited from the wars this nation has fought. Every facet of your life is not only due to the blood debt you owe, but every luxury you have can be directly traced to that debt.

Do not complain about a war for oil if you drive a car, use plastic, or do anything but eat what you hunt with a stick and wear animal skins. Every facet of our society is built by our economic might. Before you jump up and tell me how damn pure your ideals are, let’s inventory your poverty and see just how simply you live.

But in every war we have ever fought, the wars were authorized by the government. The men and women of America’s military answered the call and went where they were told, fought, and died. Those who came home were forever changed. Some of the wounds are external. Some are painful scars on the soul that can only be understood by someone who has been there.

I love it when individuals who have never served a day in uniform nor have any concept of war   —  except from movies or a book — feel free to comment about how a war should be fought or how military decisions should be made.

In one sentence Mr. Parini decries wars of choice, but then his expert military wit comes into play as he analyzes the early withdrawal before Iraq was ready to stand on its own. But while that situation is dismal, he shows his approval of how well Obama has whipped ISIS, the “flash in the pan.”

Interestingly enough, we are sending more ‘trainers’ to help Iraq. The fact that several first-world nations are currently engaged in a daily bombing campaign is apparently beneath his notice.

You don’t have to support the military. There are millions of people in this nation who don’t give a damn about the blood that has been spilled for them. They can be vapid morons who think their academic credentials give them expertise in areas so far beyond their keen that they might as well be in orbit beyond Pluto.

As a veteran, I will be the first to say that the American people don’t owe me a damn thing beyond what I and other veterans have earned. You have freedom of speech. You’re welcome by the way, Mr. Parini, but I do demand that which is due.

We are losing 20-22 veterans a day to suicide because they face pain and internal trauma that they have a hard time dealing with. The Veterans Administration has been nothing but a dismal failure in its support to the men and women it was set up to serve.

But Mr. Parini has nothing to say about that. He just has a problem with the bill for our service.

I guess too many of us survived.

This first appeared in The Havok Journal on November 12, 2014.