HomeNationWhat’s Happening at the U.S.-Mexico border? 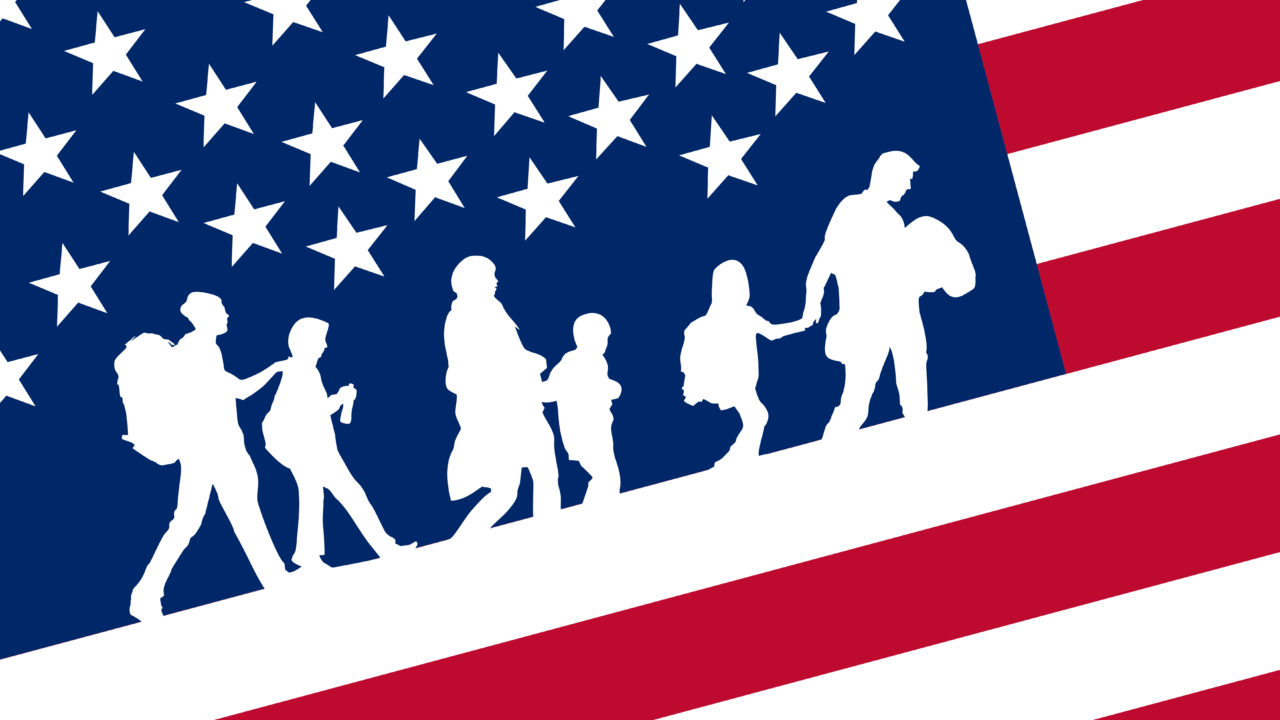 This originally appeared in The Havok Journal on December 17, 2019. However, the issues discussed remain just as relevant today.

Mexican soldiers unload bundles of seized marijuana before incinerating the drugs at a military base in Tijuana, Mexico. David Maung | Bloomberg | Getty Images

Just recently Mexico has been thrown into the global spotlight for the issues stemming from the United States and Mexico border. Due to the political nature of the questions asked by key individuals running for public office on both sides of the political spectrum and with the upcoming elections, this could become one of the focal points of debates and discussions. With the President of the United States, Donald Trump promising a major push to build a wall to separate the countries, many Americans feel divided and still are unsure about this subject, which is border security. Until this last month, many Americans didn’t realize we had so many diverse dual citizens living on both sides of the border that were not just Hispanic.

Last month exploded with violence typically pushed under the rug because it undermines a general narrative for the Cartels. With the brutal murders of nine Americans, all of which were women and children, most of who were infants. The images still ingrained in our heads of their suburban’s still smoking and smoldering, pierced with bullet holes and burnt to the ground remind us of a war zone. The State Department calling it a case of mistaken identity between rival cartels. With empty promises and rhetoric from leadership on both sides of the Rio Grande, it brings us to look closer at what is really going on south of the border. With the help of one of the world’s most preeminent leading experts in Asymmetrical Warfare in non-permissive environments “Ed Calderon”, I was able to get a better understanding of complex issues that have been created by these powerful cartels. Sitting with my back against a little wall of a taco shop deep in the heart of Ciudad Juarez, Mexico I met with Ed.

Many Americans don’t understand what kind of war is happening within 100 miles of their southern border he explained. With over 25,389 people who have been killed this year alone and within 24 months that number will surpass the number of American service members killed in Vietnam over a 10-year period. To put it in perspective, everyone who lives within 25 miles of the border will have known a family member or relative that was a victim of cartel violence. The last two months have showcased these extremely high numbers, with 19 police officers being gunned down in a bloody and premeditated ambush in the heart of Mexico. Following the apprehension of “Joaquín Guzman” whose father, “El Chappo” is the esteemed drug kingpin of the Sinaloa Cartel, and his sudden release after the Cartel laid siege to an entire city forcing the federal police and military to lay down arms in Culiacan Mexico. Then most recently the brutal ambush and murders of 9 dual American citizens in northern Mexico, all of whom were women and children. 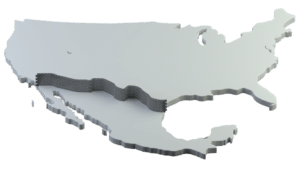 The level of control and influence within the Mexican government the Cartels have is stunning. Since the arrest of Joaquín Guzmán, four of the arresting officers have been shot and killed within 48 hours, one was shot 155 times. “The cartel had the list of the officers and they were systematically killing them in order to make a statement” Ed mentioned. “Which goes to show you why after working for the Mexican government for so long I had to leave because I had seen every level of the government compromised and corrupted”.  President Andrés Manuel López Obrador’s softer approach has become very clear on the lack of control the government has on these organizations.

There are two reasons for the violence and why it has escalated to what it is now. The first is the power vacuum left by El Chapo when he was arrested. Cartels are fighting to gain control of the key ports and border crossings. The second is simple, It is the demand, and a profound shift in the habits of the consumers, The Americans.

For many Americans, the monologue and pitch of building the border wall separating the two countries President Trump had promised, only meant one thing which was that the commodity price on anything moving across the border will only grow. For the Cartels who already have an unlimited budget on counterintelligence which rivals ours in terms of experience, tools, and resources.  With Tijuana and Ciudad Juarez at the forefront of this technology war, in which the capacity of drones has risen the bar, funneling loads or surveillance of Mexican and the United States Law Enforcement Agencies, or tunneling using equipment specifically used in mining. “The cartels can develop and field equipment used to counter the surveillance programs faster than the US Government “ Ed mentioned.  The bloodbath on the border means one thing, the stability in this region is less than what is perceived, with the ability to flex a paramilitary arm on a government the Cartels can go and do what they want.

Just two days prior, there were five victims that were shot and killed outside on the concrete steps of the same shop as we talked.  “This is a country that has body disposal down to a science and able to do in wholesale terms, do you think you are safe on one side of the border? Yes, they specialize in human trafficking as well”. Look at Phoenix, Arizona, and the proximity to the border, where half of the victims of human trafficking will end up south of the border within 24-48 hours. Human Trafficking is a global epidemic that has impacted rural America and which the DOJ has failed to inform and warn the public about. 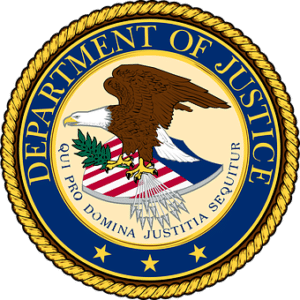 With Sicario’s and hitmen at their immediate disposal, the average rate for a trained assassin, who is bilingual, who has a US passport or can get into the United States easily, a military background is preferred, and a clean record is going for about 12k to 25K per week. There is a large white four-story building located next to the 11th Infantry Regimental headquarters located on Ft Benning Ga, which is called ‘School of Americas”. This is a place whereby with an agreement the United States will advise and train soldiers from other nations’ militaries. However, some of the most notorious killers from Mexico have trained here by American advisors. The “New Jalisco Cartel, who was formed by a paramilitary wing of the Los Zetas who had split off, has gained control of most of Mexico and is considered to be the preeminent drug origination. In 2012 they were unheard of and only after their kidnapping and killing of four European students after nonpayment of their ransom. They are now known for the only Cartel who has shot down a Mexican military helicopter using American anti-aircraft weapons that were sent to South America during the height of the Contras.

Intelligence agencies have used the southern border as a testbed for new equipment, tools, and procedures. However, some of these were exposed during a failed DOJ operation called “Fast and Furious”, where weapons from the United States were being sold to cartels in order to “trace” them to an origin. The blatant murders of two American Border Patrol officers brought this operation into the national spotlight when the weapons used were traced back to the operation. “There was only one Cartel that was getting these guns, and I have had friends killed by these guns” Calderon mentioned. “they were special guns, guns only Americans would have had, with optics, or engravings, say such as a Punisher Skull”. So with “El Chapo’s” arrest, there was an unusual request from the DOJ which was to keep Ms. Emma Cornel, who was Guzman’s estranged wife from testifying in federal court. This was taken to the highest level and approved by, which was Eric Holder at the time. This brings up questions concerning the level of involvement of the DOJ and the parameters in which they operate south of the border.

There have been certain instances in which the level of violence has been comparable inside the U.S. and potential human rights have been violated. The city of Allendale, a small remote town and the home of only a few thousand, located in the mountains 35 miles south of Eagle Pass Texas is the scene of one of the most brutal mass murders to date. In 2017, After the DEA was able to flip an informant and provided cellular data with crucial information on the location of the two leaders of ” Los Zetas”, a Cartel known for its brutality. The Trevino brothers then ordered their cartel “The Zetas” to bring in trucks loaded with Sicarios and killed hundreds of people, turning the town into a war zone. Setting an unheard precedent of what that organization will do to people who snitch on them. This also proved that even personnel vetted by the Department of Justice and State Department, the Mexican Government were still compromised at the highest levels. As we wrapped up our conversation, Ed mentioned: “The United States wouldn’t be able to handle a full-blown war on the Cartels, they would inflict too much violence within our own border”. 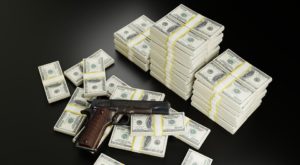 Other cities and tourist communities such as Los Cabos, Playa De Carmen, and Cancun are hotbeds for funneling the money made illegally and laundering it through legitimate businesses. “Look at Los Cabos for instance, Do you really think that all those hotels and resorts were built and ran by unassociated businessmen?” Ed asked. “Of course not, it is also a hiding spot for some of these guys they will either come down from TJ or across the bay from Culiacan, The Mexican government doesn’t care, because they are getting a kickback, and it is providing jobs for the locals. Look at the Airports and see how many people are working as baggage handlers, Americans come down and spend money and there are no issues. The last thing the Cartels want is an issue where they are trying to clean up their money.”

Understanding the level of complexity these issues bring to our own security only raises questions on what our leaders should do to maintain the safety of American citizens both at home and abroad. Knowing that a border wall won’t stop the influx of illegal drugs or slow the flow of any commodity it will only raise the prices. The wall itself will only do two things, provide a false sense of security, and provide jobs for both sides of the border, legally and illegally. Americans need to hold the leadership accountable for their immoral judgments that have caused conflict within this region in order for it to stabilize.