HomeCultureHammocks and Highways: The Baja, Mexico 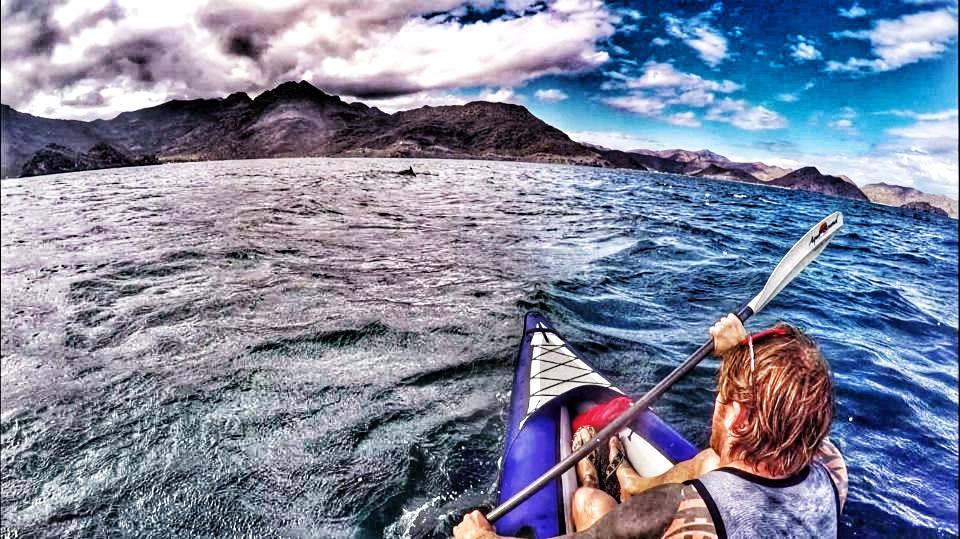 This article first appeared in The Havok Journal on 27FEB15.

It’s a subtle change but noticeable. Breathing? Shallow and quick. Heart rate? Elevated — not pounding — just faster. Our national flag no longer waves overhead. The sign reads in bold letters, International Border. In a rather nonchalant way, the heavily armed, uniformed man waves us into a special lane. All the other cars? Allowed straight through without pause. The clunky 2000 Dodge van adorned with surfboards and gas cans with two white guys inside must suggest — we’re not locals. The Alaskan license plates? Another key indicator.

We’re directed out of the vehicle as it’s sent through some sort of nuclear scanning device. In all, the entire process only takes a couple of minutes and is surprisingly painless. No one actually physically looks inside of the van. No one asks us any questions. We’re free to continue south. Neither of us say it, but Zac and I both breath a sigh of relief. The collective mood in the cockpit? Instantly more jovial. 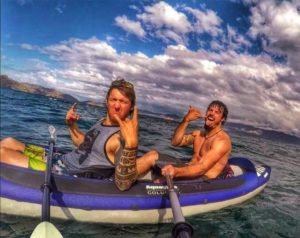 Once again a subtle but noticeable change occurs. Within a half a mile the overwhelming poverty of Tijuana presents a stark contrast to the wealth we traversed in southern California. Hordes of homeless men, women and children swarm the haphazardly erected shanties throughout the canal system along the freeway. A man in his forties routinely pulls up his pants after defecating beside the road. Climbing the city’s hilltop, the dismal grey wall, now to our north, seems less like a safety measure from this side and more like a device to keep the two distinctly different socioeconomic classes separated.

A child-like majesty seems to hide just beyond the twist and curve of the endless highway. A thousand miles of rolling road without a single radar gun. It’s slower here — the Baja — a free and wild expansive landscape of pristine uninhabited beaches and rolling hills adorned with cacti waving to us from their roadside position. Two weeks, two slow weeks of southbound driving.

Some days we drive for hours. Some days the only movement is the sway our hammocks, rocking softly by the salty sway of the ocean air. Tijuana to Cabo, a too slow, two-week exploration of the small mission town of San Ignacio — where my father sipped beers 35 years ago while working on a pit crew for the Baja 1000 — juxtaposes with the Carnival celebration in the capital La Paz. The perfect balance of energy and serenity now culminates as we find ourselves just south of Todos Santos.

This place, this perfect place. I want to keep for myself, but share with the world at same time. The subtle yet powerful energy of the Pescadero Surf Camp becomes our home for an entire week. The owner and his son, along with several of the residents, quickly become some of my favorite people on Earth. Their laid back, genuine nature makes Zac and I feel as though we have always lived here. Down the road, The Little Lebowski Bar features one ugly centerpiece rug, while my favorite movie plays on repeat.

Tomorrow we head back to La Paz to board the ferry across to Mazatlan, the mainland, and a new chapter in our open-ended journey of self discovery and growth.