On the other hand, Central America would be grateful at this point for even the façade of peace. While Nicaragua, Costa Rica and Panama are doing relatively well, the Northern Triangle of Guatemala, Honduras and El Salvador are — and have been — a mess for years. This has become an increasingly greater issue with the mass migration of underage migrants from the region into the US, so the Council of Foreign Relations put out an explainer as to why the Northern Triangle is perpetually troubled. I found CFR’s historical background a tad vague, lacking, for example, an appreciation of the Obama administration’s fumble with the Honduran coup or why Bush’s post-9/11 expansion of Plan Colombia was so successful and couldn’t be replicated further south. On the other hand, it’s interesting to know that 90 percent of documented cocaine entering the US comes through the Northern Triangle, or that 55 percent of 3.4 million people born in El Salvador, Guatemala, and Honduras are undocumented and living in the United States. 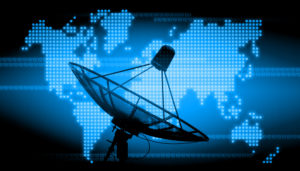 Speaking of flawed reports, Foreign Policy has an optimistic article about the possibility of the peaceful transfer of power in the Democratic Republic of Congo (DRC). Why flawed? While the article makes a strong case for creating viable “off-ramps” for would be dictators, it makes a left turn at the end, cautioning the US to “work itself out of a job” in DRC in order to ensure the country can become independent. Not once is there a mention of China, which is gobbling up cobalt mines throughout the country, in addition to enslaving DRC to debt-trap diplomacy. There are good arguments that the West should pull out of African aid altogether, but ignoring China’s de facto colonization while tsk-tsking the US is, at best, an incomplete view of the reality in DRC.

While we’re on the subject of roadblocks to independence, Tunisia is having a bitch of a time keeping an even keel, thanks to the chaos in Libya. The Tunisian Foreign Minister lays blame on the NATO campaign of 2011. Let me say it again — Trump is abominable. But one can be disgusted with Trump and still conclude that, based on Obama’s actions from Libya to Syria to Iraq to Afghanistan to Honduras to Crimea to Iran to Ukraine that he ranks as the worst foreign policy president in US history.

On a more positive note, CFR put out a very solid piece on the Saudi-Canadian rift which has been widening this past week. This is one of those underreported stories that should be gathering more steam if not for the 24-hour Trump reality show. For the unaware, Saudi Arabia has been cracking down (again) on women reformers, and Canada spoke out against it. For that, Saudi retaliated by expelling the Canadian diplomatic presence. CFR rightly voices dismay that the US has been so silent, “This silence is shortsighted, as it fails to recognize the relationship between the status of women and core U.S. national security and foreign policy interests. If the Trump Administration wants to put America’s interests first, it ought to support women’s human rights, freedom of expression, justice and accountability, all of which are critical to advancing our interests abroad.” Amen. It has been two presidencies since the US championed freedom and our foreign policy has been adrift without its touchstone.

In case you were sick that day in fourth grade, here is everything you need to know about the plot to kill George Washington.

Greece has decided to help Syria (read: Assad) out. Bankruptcy, perpetual unrest, left-wing agitation, neo-Nazi groups, anti-US sentiment…I mean, thanks for that whole democracy thing, but what exactly has Greece done for the world lately?