HomeNationUnder The Radar: All The News They Hoped You Overlooked Last Week 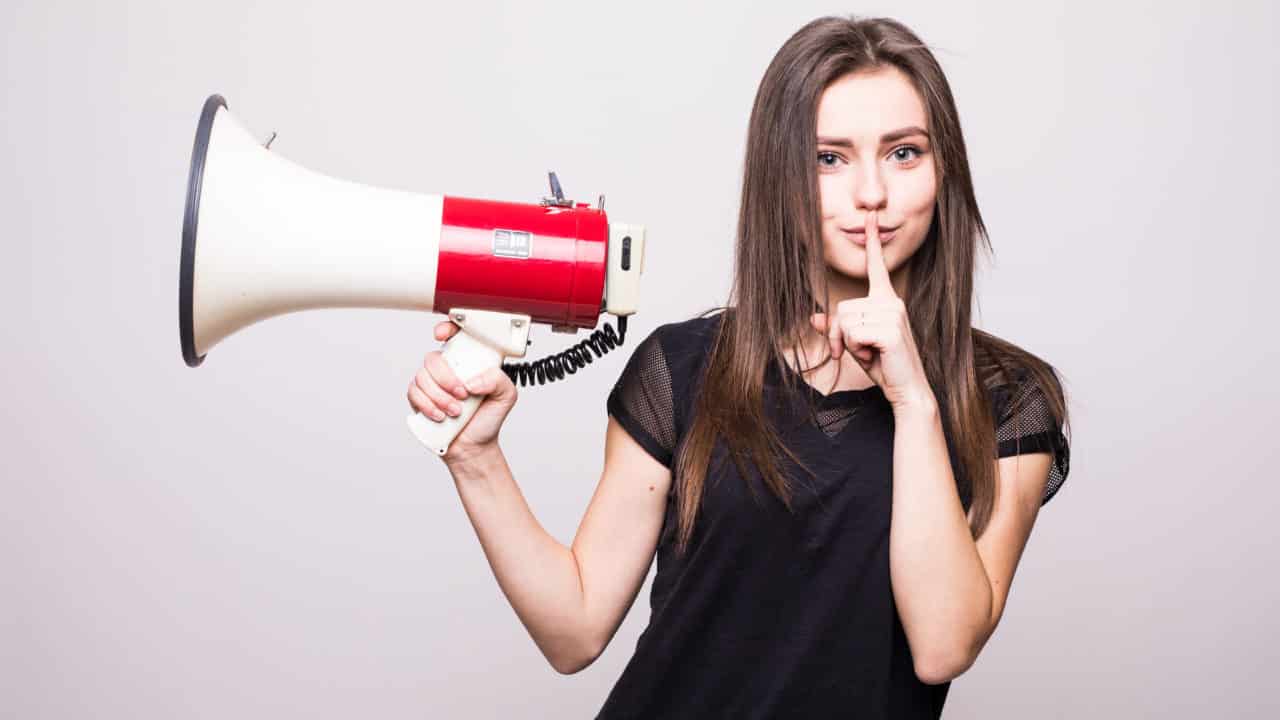 Under The Radar: All The News They Hoped You Overlooked Last Week
by Marlon Muir

Biggest under-reported story of the week has to be the compound discovered in New Mexico where five adults were starving and abusing 11 underage children with the intent of developing them into school shooters. Hm. Abused children, remote compound, school shooter training…shouldn’t this be clickbait for every eyeball-starved news organization? Well the adults were, ahem, Muslim. In fact the children of a Brooklyn-based imam. Not just any imam. An unindicted co-conspirator of the 1993 World Trade Center bombing. Look, reasonable people can agree that Trump is a goon. But can reasonable people also not agree that when the media buries or obfuscates stories like this to fit their own narratives, they don’t do themselves any favors?

Speaking of whacked-out terrorists, what happens when a pair of romantic, idealistic American cyclists are confronted by ISIS adherents in Tajikistan? They get run over and then stabbed to death. Why, what did you think was going to happen?

I can’t foot stomp the importance of the Obama administration’s willful blindness enough. The way the administration hung Iranian reformers out to dry while acquiescing to the regime’s demands was a study in cowardice, naivete and political expediency. I know, you want to blurt out, “Well Obama was ten times better than Trump!” And to that I say  Lynyrd Skynyrd was ten times better than The Doors, but they’re both wildly overrated. But also, I’m not bringing up Obama’s negligence to make any Trump-related point, only to segue to the latest Iran-related revelation – that Iran just arranged for Hamza Bin Laden to leave Tehran for Afghanistan (quick quiz: how many of you knew that five of Osama’s kids and wives lived in Tehran? Oh, also, while we’re on the subject of the bin Laden’s, have you read Mama Bin Laden’s interview about Osama?). Anyway, Hamza is Afghanistan-bound, so he wouldn’t be “chased.” Don’t lose any sleep over poor Hamza. He’s married to a daughter of al-Qaeda Number 2 Abu Mohammed al-Masri. It’s worth noting that this is all happening on or about the twentieth anniversary of the very first AQ attacks. Which Masri was a part of. So much has changed. But also so little.

Back to Afghanistan for a second, where NATO’s obsession with body counts obscures the bitter reality on the ground. Meanwhile, in Commentary, Sohrab Ahmari has a personal take on what a post-Mullah Iran will look like.

While Western nations fret – justifiably – about returning foreign fighters, which has yet to be described as racist. Meanwhile, it is par for the course for refugee crimes to be dismissed with banalities about white supremacy, which, surely, ignores pretty substantial examples such as this.

There is, as always a slew of Russia-related material. It is tiring how, each week brings a cornucopia of Russian threats, each with a degree of cinematic malevolence that it seems almost anti-climactic to even mention Steven Seagal’s new position shilling for Putin. This week features a quarterly reminder that Russia poses a real threat to US infrastructure security.

During the Cold War, it was almost taboo to make the Soviets the villains. Apart from Rocky IV, Hollywood bent over backwards to make sure that some extraterrestrial or uber-villain was really the bad guy – just think of all the times James Bond storylines opted to use SPECTRE lest anyone think the British Secret Service really existed to protect against the Soviet threat (to be fair, Hollywood has done the same thing with Islamic terror since 9/11). But I wonder if this will continue to be the case with Russia. It was one thing when the American left hated Reagan and nukes more than the Soviets. But the longer the Trump/Russia investigation drags on, the more Hollywood denizens appear committed to their newfound anti-Russian posture. In addition, Putin’s machinations make for great storylines – if you recall, almost every week I’ve been able to find great movie ideas in this weekly dump of drama. This week’s?  Cue the gravelly-voiced narrator: “It was easy to hide Russian money; it was harder to leave.”  I’d go with Martin Freeman for the role of Benedict Worsley.

Some Russia-related stories that Hollywood probably won’t dig as much? Two timely reminders that Russian influence campaigns hardly started with Trump, and Russian influence campaigns have no ideology – they simply target those most likely to cause political disruption in the US. So tell me again why ICE should be disbanded? Of course, it’s not hard to imagine Bernie Sanders’ chief campaign strategist working for the same pro-Russian thug that Paul Manafort is getting dragged over. After all, of all the candidates in the 2016, election Bernie was the only one who actually honeymooned in the Soviet Union (and when it was, you know, the Soviet Union). I’ll say it again: the top three candidates in the 2016 election were the biggest counterintelligence nightmares ever to run for the presidency.

So, because Kim Jong Un really likes testing his missiles and setting off low-level nuclear blasts, the UN banned other countries from hiring North Koreans. Why? North Korea makes about $2.3 billion a year in hard currency by sending 100,000 or more workers abroad – usually to China or Russia. (These are mostly manual laborers, not the North Korean police/intelligence/military personnel that have trained eleven African countries.) These North Korean laborers are subjected to slave-like conditions and most, if not all, of their salaries go directly to KJU. So banning these kind of arrangements really puts a crimp in KJU’s finances. Naturally, Putin has decided not to care. We’ll see if the world cares enough to make a stink over it.

You might have seen the video of the attempted “assassination” of Nicholas Maduro. That Maduro pulled an “Erdogan” and staged a pretense for purging Venezuela of his rivals makes sense, but appears unlikely. What’s more likely is that Maduro will attempt to save face after an embarrassing blow to his machismo and purge anyway.

After the Turks built a military base in Somalia, a high-ranking Turkish officer was asked whether it bothered him that al-Shabaab was so strong. He shrugged. “We will always be in Somalia.” The implication was, it didn’t really matter what happened with al-Shabaab or whether a fully functioning federal government would ever exist. The only important metric was that Turkey had staked its claim in Somalia and to the Indian Ocean. I thought of this incident when I read about China’s plans in Venezuela. While Maduro’s Venezuela would not seem ripe for up to a $5 billion investment in oil production, the Chinese value the oil, not the politics. As always, the Chinese are playing the long game.

Big news from East Africa. Due to his attempts at regional independence, Ethiopia has replaced Abdi Mohammad Omar, aka Abdi Illey, the governor of its Somali region (that’s the name of the region and the name of the primary ethnicity in the region, but not part of Somalia). This is a bigger story than you’d think. Omar is the cousin of Jubaland, Somalia president Ahmed Mohamed Madobe. Their shared Darod/Ogaden tribe has led to rumors of Omar’s feared Liyu (“Special”) Police infiltrating Jubaland to help their Ogaden tribesmen fight al-Shabaab. In a relatively lawless part of the world, cross-border military infiltration shouldn’t raise too many pulses, right? Sure, except the rumor is that 1) the Liyu Police pose as local soldiers and 2) have a pretty lousy human rights record. Now, factor in that US Special Operations have a significant footprint in Jubaland. With Omar’s sudden and ungraceful departure, the odds of him appearing in Jubaland are pretty good. While the US military stays tunnel-visioned on al-Shabaab, any failure to account for these intricate political nuances of Somalia are going to leave Special Operations Command-Africa with quite the hot potato.

Meanwhile, South Sudan is clinging to symbolic signs of improvement. Sudan and, to a lesser extent, Uganda have mediated a peace process of sorts for the South Sudanese, resulting in former SPLM rebels signing a peace accord and power sharing agreement.  Watchers of this space know that South Sudan is increasingly making it clear that it favors its benefactors (Sudan, Uganda, China, Russia) more than the international community at large. It is not coincidental that immediately following the signing, Sudanese PM Omar al-Bashir announced oil would resume pumping from South Sudan to Sudan.

Lastly, a Delta Force operator fell to his death when his HALO training jump went bad. Per the article, it will take about a decade to replace the operator’s experience, training and skillset. In a time when men without chests bleat from Twitter, form flash mobs of disapproval, rate citizens on skin color and genitalia, it might be worth taking a moment to remember a barrel-chested freedom fighter that had done more to liberate the oppressed than anything ever penned by Oliver Willis or David Corn.