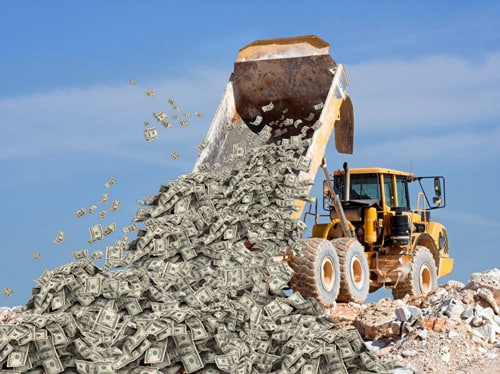 If the press is to be believed, America’s adventurism in the Middle East is winding down. Agree or disagree on the policy, this should surprise no one. This has always been the current administration’s goal. It has also been the stated policy objective of politicians on both sides of the aisle for the last four election cycles. With the end finally in sight, the argument that “we can’t make these changes because Donald Trump is a jerk” seems hollow to me.

It is impossible to explore every facet of US Foreign Policy in a “1200 words or less” online article, so I am not going to try. Suffice it to say that I do not see a strategic equivalency between Europe and the Middle East, so spare me the “what about the troops in Europe diatribe.” The enduring US Interest in the Middle East has always been oil, and that interest has all but disappeared with the development of modern extraction techniques that have propelled US oil reserves to rival Saudi Arabia and have recently made us the world’s leading fossil fuels producer. Again, I can’t cover every scenario or what-about-ism in such a limited environment. Sorry about that.

I am still processing the departure of Secretary Mattis. That said, the second and third order effects of troop withdrawal remain to be seen. The status quo is unacceptable. I do not want to see American youth dying in the sand or rotting in cells nearly two decades after major combat operations have concluded. The military won the wars in Afghanistan, Iraq and Syria. The peace is not our responsibility. If we are needed to protect American lives and interests, we will go back. If you disagree, how long are you willing to stay? How much blood and treasure should we spill? To what end?

The most common answer to the questions above seems to be “we can’t leave a power vacuum.” This response only makes sense if you accept the narrative that America must be actively contesting every ungoverned space on the planet. That kind of logic has resulted in trillions of tax dollars being wasted and thousands of American Youth making the ultimate sacrifice in the pursuit of achieving an impossible goal. Department of Defense doctrine dictates that we fight wars in phased campaigns. America’s victorious conflicts have all had clearly defined, and measurable objectives with a specified end state. 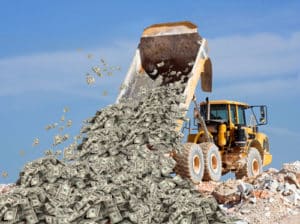 We have completed the stated objectives in Syria and have done so many times over in Afghanistan. The problem is we keep moving the goal posts and redefining “victory.” We would have been much better off declaring victory and leaving when we killed Bin laden. I am glad we are not making the same mistake in Syria. If your “desired end state” is a worldwide stable first world democracy, then I guess we have a long way to go.

A recurring headline that is driving me absolutely nuts is that POTUS is “defying the Pentagon” by ordering troop withdrawals. First off, the “Pentagon” is made up of thousands of people with a lot of different opinions. Moreover, they would never speak against the President in an official capacity. Second, while Strategic Containment is a real and effective strategy (fight them over there instead of here), it has real and high costs. The military is not meant to be used as a long-term occupation force. DoD is great at defeating organized armed adversaries, not so great at doing the State Departments job for them.

I am a huge supporter of General Mattis and very grateful for the many reforms made under his watch. He did not resign because of any pushback against those reforms. He resigned because of a fundamental disagreement on America’s role in the world. What is missing in the current discussion is that there are lot of “experts” who agree with POTUS on foreign policy. Check out the writings of Peter Zeihan and Andrew J. Bacevich for starters.

President Trump is a figurehead just like any other President. The people he represents are 180 degrees out from the globalist beltway of the last 70 years. He does not have all the answers any more than President Obama or President Bush had all the answers. He listens to his gut like they did when presented with “expert” recommendations. His inclinations are national instead of global. I do not see that as a bad thing. I refuse to allow attacks on a man’s character to negate some of the best policy decisions I have seen this country make in my lifetime.

Granted, POTUS is an easy target, yet Americans have more liberty now than we have enjoyed in years. Regulations have been reduced, taxes are down, our law enforcement officers are being supported, nonviolent offenders are being given a second chance, our troops have what they need, businesses are raising wages, and unemployment is down. These are all verifiable facts.
For me, all the rhetoric in the current political climate really boils down to one issue and one issue only: Nationalism versus Globalism (before you freak out, read an article on my views on nationalism here).

Is America a free and independent nation that does and should look to our own needs and interests first? Or are we merely a state in a global system? Which one do you want to be? The talking points, the anger, the disbelief, the rage at remarks made by politicians, it all clouds this one fundamental issue. I am a Global Realist and National Idealist. What does that mean? I am not tethered to any party platform when it comes to domestic policy. I am open to all ideas that have the potential to address national problems and improve life for ALL Americans. I also do not believe that it is possible or our responsibility to solve problems for the rest of the world.

Universal healthcare, free higher education, basic income and a myriad of other progressive ideas sound great. Yet while they are problematic at best to implement nationally in isolationist and peaceful nations, they are impossible to achieve while simultaneously fighting wars on multiple fronts. As far as providing the above progressive programs worldwide on Americas dime? Now that is just crazy talk. There are only so many resources to go around and trying to impose progressive ideals on a global scale simply will not work. Someone always pays the price, so our nation ends up being dragged down as others are lifted up in the pursuit of globalist ideals.  We’re dumping blood and treasure by the truckload in the region, with nothing to show for it at the end.

If you want a one world government and for America to foot the bill, that I can understand, but at least do us all the courtesy of intellectual honesty.

Nathan K Player is a recent graduate of the Colombian Superior School of War. He has a master’s degree in environmental management and has taught at the University level. Nathan is an avid reader and student of history. He is a currently serving US Army Officer, but he does not write for the Havok Journal in that capacity. His opinions are his own and they do not necessarily reflect the views of the Department of Defense.