HomeNational SecurityMattis vs. Trump: Just How High Are You, Slate Magazine? 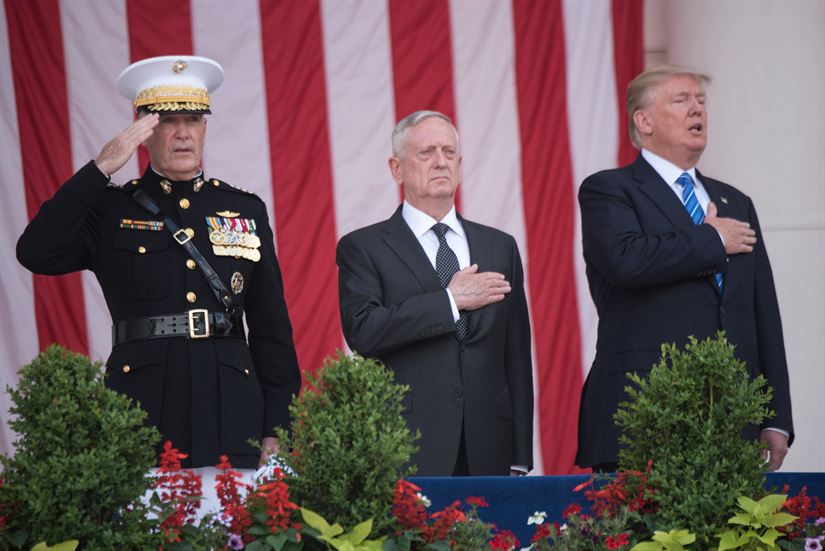 So I did this piece last week about how we should all stop paying attention to clickbait from HuffPo and Slate and various other sites that take potshots at veterans to get views. If you didn’t get the chance to read it, I’ll summarize: don’t pay them any mind and you won’t pay them any money.

And you know what? I had fully intended to stick to that, if for no other reason than because my quality of life seems to be much higher when I don’t wake up with hangovers every morning. But then this gem scrolled across my feed.

The headline is damning. If true, that could represent a monumental shift in the halls of power. Much of Trump’s support from the military relies on his use of tried and trusted generals, people that we know and trust to do right by us. If Mattis, the biggest and baddest of them all, lost faith in the Trump Administration, well, we’re all in for a bumpy ride.

The implications of such a move are truly astounding, so I had to look.

The author, Mr. Fred Kaplan, is clearly not a fan of the Trump administration, but I’m not sure that’s all that’s going on here.

“The only way to interpret this is that Mattis was saying the president—who is usually the one who embodies this power through words, deeds, or preferably both—has through his words and deeds surrendered this power.”

I’m not trying to be funny, I’m really not. That reads like a fever dream, or a really bad acid trip. Mattis said some candid and encouraging words to some troops, and somehow that turns into a complete and utter lack of confidence in the Trump administration. Somehow.

Seriously, just how high are you right now, Mr. Kaplan?

Well, not right now, right now. How high were you when you wrote that? For that matter, how high was your editor when he let it through? I know if I tried to pass that sort of thing up to my editor, he’d probably refer me to the nearest drug rehab agency, because anyone can clearly see that smoking that five pound bag of weed and dropping that shady acid bought from the homeless guy on the corner of Fifth and Main wasn’t doing good things for my sanity.

Buddy, look, if you need help, just ask. We’re here for you, man. These last few months have been stressful for everyone. The integrity and reliability of the 4th Estate is crucial during this difficult period, and we can’t afford to let a bad trip ruin that for us.

The American People rely on us to deliver not only news, but critical thinking and analysis of events. We have to be better than this, especially if we’re to retain their trust in the face of an administration that hollers “FAKE NEWS” every time someone pops out a headline that they don’t like.

But maybe I’m looking at this wrong. Maybe this isn’t a bad trip, maybe this is a cry for help.

Mr. Kaplan, is someone holding you hostage? Blackmailing you, perhaps?

Your article does make a lot more sense as an attempt to signal the outside world that you need help. It’s an elaborate attempt, I’ll grant. Most everyone that reads it is going to dismiss it as more garbage from Slate, or worse, praise it as more of the fine reporting Slate is known for.

Next time, maybe you could make the code a little more clearer. Because, for the life of me, I don’t think anyone is going to understand what’s going on in time to notify the proper authorities. Though, if we’re being honest, maybe you should take this as a sign. If what’s clearly a cry for help gets through your editor without so much as a concerned look, it’s probably high time you sat down and took a good long look at your life’s choices.

I mean, it’s obvious that something is wrong here, but what’s the point of signaling for help if no one’s going to answer? That rather defeats the purpose of it all, if you ask me.