HomeCultureMilitaryDon’t Be a Jerk: Veterans, Civility, and “Nationalism” in the Age of Trump 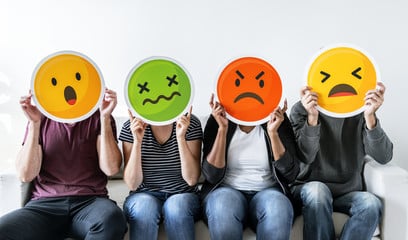 The veteran community understands that we live in troubled times. It’s okay, we can admit it. Just look around you. In the last two years, the “normal” in America has been turned upside down. It doesn’t matter if you support POTUS or hate him, we have all lost friends and been rudely awakened to the prejudices hidden in the hearts of so many. I am a strong supporter of most of the current administration’s policies both domestic and foreign, but I cannot deny that we have recently lost something of ourselves that has always made “America Great.”

We are a nation that loves to debate and argue, that has always been the case. However, we have not always taken things so personally. Not since the days leading up to the civil war have feelings ran so hot and deep. The following is an attempt to rekindle America’s sense of propriety and to shine a light on why it is worth defending. The thoughts expressed below range from high minded rhetoric to realist snarky cynicism. I apologize in advance if that offends you.

“My country, right or wrong; if right, to be kept right; and if wrong, to be set right.” These words were spoken in 1876 by then US Secretary of the Interior Carl Schurz. He understood a fundamental and foundational truth, that America is a nation whose liberties and protections are extended to all people blessed to be citizens of her shores.  Applying his words to today’s world tells us that it does not matter if we are white, black, Hispanic, Asian, gay, straight, LGBT, religious, or not. We are all Americans and we all share the same dream; to live our lives in peace and the greatest prosperity that personal industry will provide.

Call it what you want, patriotism or American Nationalism. This movement is (and must be) blind to race, sex, orientation, religion, or political party. If you are a citizen, you are part of my tribe.

Lincoln was a Nationalist. So were Napoleon, Churchill, and Gandhi. The word has been tainted in recent years, but pure nationalism is not divisive. It unites people in a geographic area under a political system in the best interests of the citizens of that nation.

Let’s start with the Oxford Dictionary definition of “nationalism.” Which is:

A person who strongly identifies with their own nation and vigorously supports its interests, especially to the exclusion or detriment of the interests of other nations.”

American Nationalism is the pursuit of the welfare of American Citizens and the furthering of American interests even at the expense of other nations’ citizens or interests.

The expense to other nations is not obligatory. Realist Nationalists conduct diplomacy under the principle of mutual interest with the community of nations. When mutually beneficial agreements can be made, they are made. However, Nationalist never allow another nation to benefit at the expense of their own.

The grand experiment that is the United States has faced many challenges. We were born in revolution, raised in the rugged frontier, came of age amongst great world conflicts, and emerged as the clear leader of the modern world. Because of that mantle of leadership, Earth’s civilized people look to us in everything from economic policy to liberation from tyranny and oppression.  This is a tremendous responsibility that was neither sought nor is relished by the American people.

That fact alone makes America unique in the history of the world’s great powers. We do not seek empire. American armies have conquered all around the world, yet the only land we asked for is space to bury our dead.

We do not seek resources for ourselves. We have the capacity to produce more than enough for our own needs, yet we guarantee global access to vital energy and materials to friend and foe alike.

We do not seek economic supremacy. Moreover, the international free trade guaranteed by our foreign policy and naval might has lifted more people out of poverty and into prosperity than at any other point in human history.

We have been called the reluctant or even the unintentional superpower, and these are both true statements.  Americans do not seek dominance. We seek peace and prosperity for our citizens. We do not seek blood and treasure, rather we often expend both for the freedom of others. Our history is not one free from mistakes, but it is one free from malice. Americans across the generations have made the best decisions they could according to the dictates of our own consciences.  When we view American history through the lens of the appropriate era, we have nothing to be ashamed of. America has led the way on religious liberty, as well as racial, and cultural diversity. As a nation of immigrants, we pioneered the concept of “melting pot nationalism” that tells us people from all races and creeds can be united by one dream, and speak with one voice.

America is a politically and socially diverse nation. Traditionally we have had the freedom to disagree with each other, and we often do. Our opinions are heated and passionate, but when we disagree, we do so at the ballot box. We learned in our own great civil war, that such violence amongst ourselves must never happen again.  We must be united and stand for the freedom of all Americans to live safely in our communities. We are a nation of laws, and by and large, we follow those laws. If we are not careful, we run the risk of being fooled into thinking things are worse than they are. We may disagree, but we must always strive to do so peacefully.

As President Reagan once said: “Freedom is never more than one generation away from extinction. We didn’t pass it to our children in the bloodstream. It must be fought for, protected, and handed on for them to do the same.” The freedom to disagree and remain united as Americans at the end of the day is in real danger and it is up to us to keep the watch. So, don’t be a jerk. Listen and seek to understand those with a different opinion. Seek out a compromise and behave as President Lincoln once said: “with malice toward none, with charity for all, with firmness in the right, as God gives us to see the right, let us strive on to finish the work we are in, to bind up the nation’s wounds.”

Thanks for listening to this veteran, and God Bless the United States of America.

This first appeared in The Havok Journal on December 2, 2018.

Major Nathan Player is currently a student at the Superior School of War in Bogota Colombia. He is assigned to 3rd Special Forces Group at Fort Bragg following graduation. He has 13 years of combined enlisted and officer service, has commanded at the O3 level, and has served in various Joint Staff and professional education assignments.