HomeNationOn Assimilation: You Are Not Alone 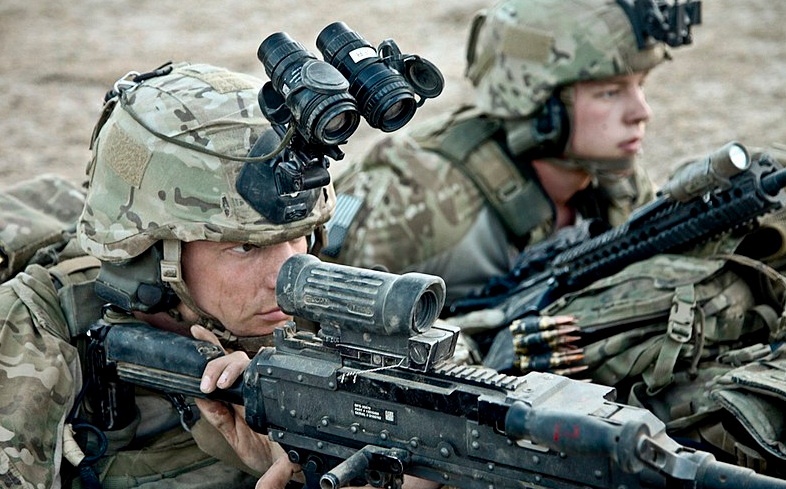 It has taken nearly a decade to truly absorb the lessons that forged my former self into a Ranger medic. Processing situations that very few have ever encountered oftentimes means facing those demons alone. To fall from a position of the utmost relevance and respect to one of an unemployed, self-perceived drain on society carries with it a plummeting feeling not unlike exiting an aircraft thousands of feet above the ground with little more than a piece of cloth attached to your back. The problem is that feeling of plummeting lasts for a whole lot longer than a few seconds. For many, it can last for years.

What initially presents as a feeling of overwhelming relief and uninhibited freedom quickly dissolves into a cavernous abyss. Estrangement from the only people in the world that understand your disposition creates angst that can easily lead to depression. A perception of complete isolation leads to frustration and anger. A crowded room is not a place where solace is found as feelings of antipathy sit and fester like the proverbial chip on your shoulder. Watching my fellow college students laughing and flirting in a bar while the brothers that I came to know during my time in service were continuing to endure unimaginable hardships overseas fueled animosity toward not just them but toward myself.

Coping mechanisms are created in an effort to mitigate the torture that we put ourselves through.  Call it survivors guilt, call it self-loathing, or a lack of resources but we manifest our emotions into a physical form. We are, after all, very physical human beings by our nature. Perhaps yours was going on two-hour-long runs or gym sessions in the middle of the night when you couldn’t sleep. Maybe the prescription drugs that you were taking to help diminish the pain from the physical wounds incurred in combat snowballed into a permanent fixture in your daily diet. Likely you drank at a level that seemed completely normal to you yet concerned those around you. In this time there is a feeling that you and only you know the anguish of this time in your life. You are not the only one, I assure you.

Shortly after my ETS, I dove headfirst into the sport of triathlon. I used it as an outlet for the emotions that, at the time, I was unable to define. In an effort to make myself numb I would go on 120-mile bike rides followed by a 10-mile run. I literally wearied myself into such a state of physical exhaustion that I was incapable of feeling emotional pain. This was actually highly effective until I was hit by a car while on a training ride, breaking my collar bone and hip. Extreme physical activity was no longer possible as an outlet. Lucky for me the hospital prescribed a lot of very strong pills, which I used to fill the void left in the wake of inactivity. Of course, two Percocet, a Vicodin, a Flexeril, and a Phenergan in one gulp wasn’t going to be enough, chasing it with half a bottle of whiskey made the cocktail far more effective.  It is evident to me now that the type of person that is drawn to military service typically isn’t the type that does something half-assed.  We live the fullest expression of life even if the result of that is what ends up killing us.

This is the difficult part of assimilation back into society. I am finding out now, however, that this is not the only part. It has taken me seven years to understand the most important and valuable part of my military service. Whether your experience leaving the military was much easier or much more difficult we have something in common, we are not alone, we never were. Regardless of the perception of solitude, there are more people going through the same thing than you can imagine; ones that have already gone through it and others that are about to. There is a vast network of some of the most capable individuals our country has ever known that share in your experience and just like it was when you wore the uniform, those people have your back. Seven years later and I am just now realizing that the most valuable thing in my possession is my Rolodex. At the touch of a button, I have access to some of the most highly intelligent, proficient, amazing brothers a person could ever ask for. The moral of the story, use your network.

I once had one of the surgeons that I worked with in Afghanistan tell me, “If there is ever anything that I can do for you and you don’t call me and I find out, I am going to be pissed!” I assure you that is the case for most of the people that you served with. Think about this, as a service member your primary role in life was to help others. It is a very altruistic position that attracts people that draw an elevated feeling of self-worth when they get to help someone else. That is exactly what is taken away when you leave, the ability to help others. Yet we refuse to ask for help because of pride, when in reality asking for help from a fellow veteran could be the very thing that saves them and you!

It’s never a handout when you use your veteran network to get a job; it’s never pissing and moaning when you bend someone’s ear about the anguish that you have buried inside. You would be surprised at how often that person that you are speaking with is shouldering a similar burden. When you release yours it gives them permission to do the same. Your network is vast, use it! You may be helping more than yourself.