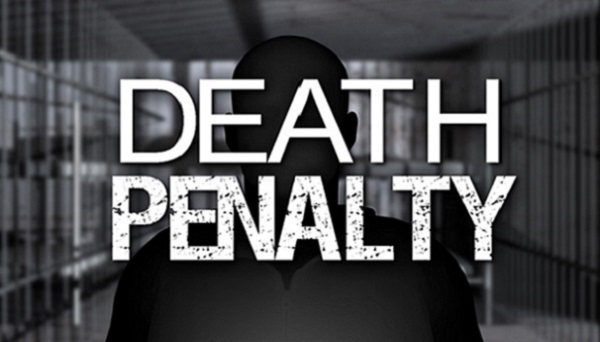 The same goes for rape, or torture. If you’ve committed a crime so heinous that no one in their right mind would ever let you out of prison, you deserve to die.

When it comes to methodology, the firing squad seems to be the most reliable method, next to hanging and the electric chair. Lethal injection and the gas chamber both have botch rates of over 5%, and are expensive to boot. Electric chairs aren’t cheap either. Rope and bullets, on the other hand, are.

The same arguments made for killing rapists and murderers can, and have, been made about drug dealers. Recently, President Trump called for the execution of drug dealers at a rally. In his mind, the death penalty is a perfectly rational response to selling drugs.

He’s not alone in this thinking.

The President of the Philippines, Rodrigo Duterte, has made the execution of drug dealers and users a national policy. In his first year in office, as many as 7,000 suspected drug dealers and users were killed in extrajudicial executions, many of them by vigilantes. Duterte has gone so far as to suggest that anyone who finds a drug dealer should just kill them on the spot. His policy is more radical than most, but the general gist of it is far from unique.

Indonesia. Singapore. Thailand. China. Iran. Saudi Arabia. All countries that’ll kill you for selling drugs. None of them are what one might call bastions of human rights, either.

But hey, what do the experts think? Would killing drug dealers actually help anything?

We know that the death penalty doesn’t actually prevent murder, and the numbers suggest that it won’t do anything to prevent drug use, either. If anything, it’ll only make the business more lucrative.

According to Sanho Tree, program director of the Drug Policy Project at the Institute for Policy Studies, if anything, it’ll make the drug problem worse.

In an interview, Tree claims that the effect will be twofold.

Firstly, it’ll make the business of selling drugs more lucrative. As the risks associated with selling drugs increase, so too will the prices. They’ll be able to upcharge customers on the grounds that they’re literally risking their lives to bring them product, and the customers will have little choice but to pay out. Far from deterring drug trafficking, the increased profit margin will make it more attractive to the brave or the stupid.

Secondly, stricter drug laws have a way of weeding out (no pun intended) the stupid and the careless. Much in the same way that natural selection tends to remove the slow and ill adapted from the gene pool, cracking down on drug offenses tends only to catch up the folks too dumb or desperate to evade detection.

It’s a vicious cycle that only benefits the drug traffickers themselves, and does nothing to address the underlying problems behind our nation’s drug problem.

If that wasn’t bad enough, drug laws already disproportionately target minorities. Although the rates of drug use are broadly similar between whites and blacks, African Americans are far more likely to go to prison over drug related offenses. If that trend continues, then one could easily surmise that drug related executions would also disproportionately affect minorities.

My argument against the use of capital punishment against drug dealers has nothing to do with compassion. I couldn’t give less of a shit about what the bleeding hearts of the world consider to be humane if you were to glue my asshole shut. Nor do I really give a shit about drug use. We all self medicate in one way or another. I like whiskey and tobacco, others like to get stoned.

But, once you sit down and seriously consider the implications, it’s just a bad idea. People are still going to use drugs, and as long as people use drugs, others will be willing to sell them, and neither group is going to give a damn about the cost.

Wouldn’t it make more sense to try to address the underlying social and economic problems behind our nation’s drug problem? That sounds a lot more reasonable than stoning the stoners.