HomeLaw EnforcementVet Stops To Help Motorist, Is Murdered By Hitman Hired To Kill Him 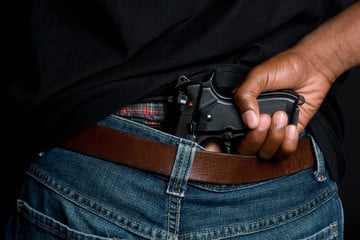 Vet Stops To Help Motorist, Is Murdered By Hitman Hired To Kill Him
by Scott Faith

According to the Orlando Sentinel, an Army veteran who was targeted by a gang member was murdered when he unknowingly stopped to help his hitman get his truck out of a ditch. 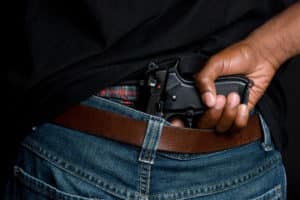 Police say that Army vet Carlos Cruz-Echevarria stopped to help a man get his truck out of a ditch back in November, a good guy doing good-guy things.  Unfortunately what he didn’t know was that the truck was stolen, and the guy he stopped to help was a very bad guy who was there to murder him.

Apparently, Cruz-Echevarria had honked his horn at the car in front of him after the light turned green and the vehicle didn’t move fast enough.  The car then pulled alongside Cruz-Echevarria and the driver threatened him with a handgun.  Unintimidated, Cruz-Echevarria reported the incident to police.  The suspect in that case was a gang leader and convicted felon with a long rap sheet, who decided to have Cruz-Echevarria murdered rather than take a chance at trial.

On the night of the murder, the hitman got his getaway car stuck while looking for Cruz-Echevarria.  Then, when his intended victim stopped to help him out of the ditch, the hitman struck.

One interesting aspect of this case is that the gang leader likely got the victim’s home address from court documents filed by the defense attorney.  The gang leader then used this information to pay one of his cronies to take Cruz-Echevarria out, thereby preventing him from testifying in the upcoming weapons case.

The gang leader got his wish… sort of.  Cruz-Echevarria was murdered and the weapons charge was dismissed.  But now three people, including the gang leader, are charged with first-degree murder…

…and a good veteran is dead.