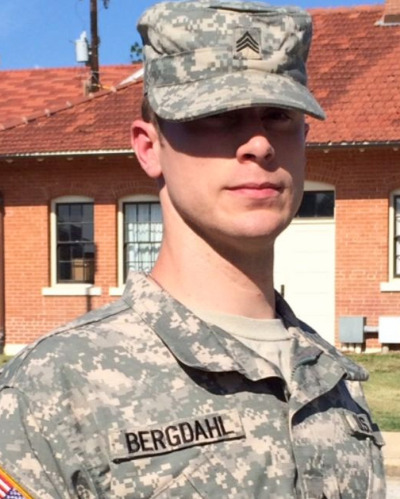 According to the Washington Post, the general who led the investigation of Bowe Bergdahl’s alleged desertion and defection to the Taliban has formally recommended no jail time for the troubled Army sergeant.

The investigating officer, Major General Kenneth Dahl, apparently found credible Bergdahl’s rather incredible claim that he never intended to desert.  Instead, Bergdahl and his defense team claim, he left his combat outpost in the middle of the night, seeking to walk alone and unarmed through 19 miles of enemy-held territory to a larger forward operating base, not to desert but so do something far more noble:  to report as-yet-unspecified acts of malfeasance committed by his comrades and leaders. 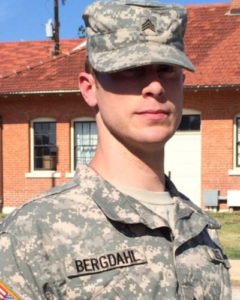 …or something.  The logic trail is a bit hard to follow.  But I’m sure you’re wondering what sorts of acts were so heinous to be worth such an egregious violation of his personal duty and to incur such great personal risk, right? Well, apparently, some of the acts of concern to Bergdahl included his sergeant major’s one-time off-color joke about plunder and pillage, and his battalion commander “kicking rocks” while berating a group of soldiers for uniform violations.  Wait, what?  That’s it?  I guess I need to re-read my copy of the Uniform Code of Military Justice and see where those two things fit in as crimes.

Bergdahl’s capture completely changed the dynamic of the war in Afghanistan.  Enormous effort and resources were dedicated to locating and freeing him, and his recovery became almost the main effort of the entire war.  Several soldiers died in what their families belief were missions directly attributable to his recovery effort.  While in captivity, Bergdahl was used as a frequent propaganda tool by the enemy, and his ultimate freedom was purchased at an extremely high price, one that included the highly-controversial release of five top Taliban-affiliated leaders held by the US.

Bergdahl’s problems continued after he returned from Afghanistan.  While the injuries he suffered while in captivity make him non-deployable, unable to pass a standard physical fitness test, and will require “a lifetime of medical care,” they weren’t enough to keep him from being present at an illegal pot farm when it was raided by law enforcement officers.  And now he’s on trial for desertion and “misbehavior before the enemy.”

As I wrote almost a year ago, freeing Bergdahl from Taliban captivity was absolutely the right thing to do.  But now that he’s back, he needs to face justice for what he did both immediately before and during his captivity.  For many, nothing short of a dishonorable discharge and a jail sentence will serve.

General Dahl’s recommendation is likely to not be well-received by the Army’s rank and file, especially since it contradicts testimony from Bergdahl’s platoon mates and physical evidence such as his crudely-coded personal message to a friend clearly indicate he had “plans” (sorry, “pl/-\ns”) to desert his post.  This along with the Obama Administration’s insistence that Bergdahl “served with honor and distinction,” give credence to those who believe that Bergdahl’s trial is for show purposes only, and the outcome is pre-ordained:  he will not face significant punishment from the US military for what he has done.