HomeNationBusinessInside Article 15 Clothing: The Rise of the Next “Greatest Generation” 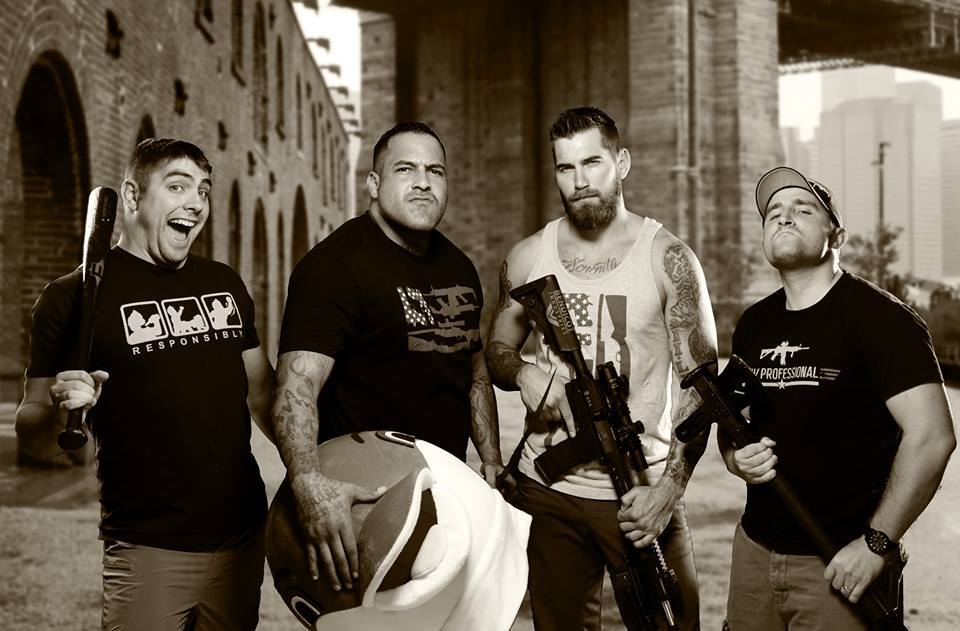 What was supposed to be a weekend drinking trip turned into a week-and-a-half long amalgamation of calculated precision business execution and tomfoolery. As the days passed, I discovered that the meteoric rise of Article 15 Clothing has not been a fluke. The company started with 300 shirts for sale just eight months ago and have distributed over 35,000 since. That is an incredible accomplishment in and of itself. Add to it that half of the company is still serving on active duty while building this empire. Those numbers are staggering. Most people would be content with that level of success, but these guys are far from most people. Every member of this team is a seasoned combat veteran, and they all want to go even further.

With the projects that are on the calendar for these guys in 2015 it would be easy to say that they feel like they have something to prove, but I believe it goes beyond that. No less than two dozen times during my visit, Jarred personally called customers to thank them for their orders. Using Skype, the company’s chief officers took calls from fans from all over the world throughout the day and well into the night. Service men and women from Germany to Alaska called in and shared jokes with the crew. Some could call a practice like that excellent customer service, but I believe it goes beyond that. This is a company with a visceral understanding and bond with their customers because — they are their customers. They’ve been to the same places and eaten the same terrible food.  They shared the ups and down of military service, and of life.  They relate to their customers in a way few other businesses can.

Companies like Article 15 are revolutionizing veteran-owned business and throwing the middle finger (and empty whiskey bottle) to conventional workplace norms. Their success proves that a veteran doesn’t have to don a suit and tie and assimilate into the business world to be successful. There is an inherent work capacity that each member of the team carries, not unlike the capacity many other veterans possess, but sometimes forget. The Article 15 crew has held tight to the ‘shoot, move and communicate’ mentality, utilizing the straight forward lexicon heard in barracks rooms the world over. Everyday they draw heavily on what they learned during their time in uniform in an effort to dominate the business world. The antics that the rest of the world see on the internet are 100% true. They really do have that much fun. Make no mistake though, they’re also a highly-focused, calculated team of guys accustomed to hard work.

The winds of change are upon us. We’re witnessing the birth of the new veteran entrepreneur: individuals tested in the world’s most austere environments. Companies like Article 15, Ranger Up, Breech Bang Clear, Havok Media, and others understand that serving in combat doesn’t mean that the world owes you anything. They’re creating their own world of opportunity in an effort to raise the entire veteran community.

History is a great teacher. When our soldiers came back from World War II they created a new level of national prosperity. The next generation of millionaire businessmen, congressmen, doctors and world class artists are stepping off of C-17’s right now. Returning from war, they’re taking off their boots and going to work for themselves, albeit with a few more tattoos than our grandfathers, but with no less drive. We’re now seeing the rise men and women who are ready to fulfill the legacy of their veteran predecessors and assume the mantle of the next Greatest Generation.

The guy who was turned down for a driver position at Dominos a couple of years ago after serving in two special operations units is already a New York Times bestselling author. Your platoon medic in Afghanistan is now a resident in the ER. The guy who couldn’t find a job has created his own and is showing something to the world that doubted him. The team leader with two Purple Hearts is running for Senate. Mat Best and his rag tag gang of hooligans at Article 15 seem to be leading the way once again. Their approach may be different than the veterans of the the late 1940‘s, but their impact will be no less significant.

To the GWOT veterans out there, my advice is to take notes and realize that the world only owes you what you are willing to stand up and take. Returning from war is tough, but so is your resolve. You are the next greatest generation. This is your time to create a better country for the next generation, it’s your time to take control of the game…how you write the rules is entirely up to you.

Want to see what success looks like as a veteran entrepreneur?  Check out Article 15’s page on Facebook.