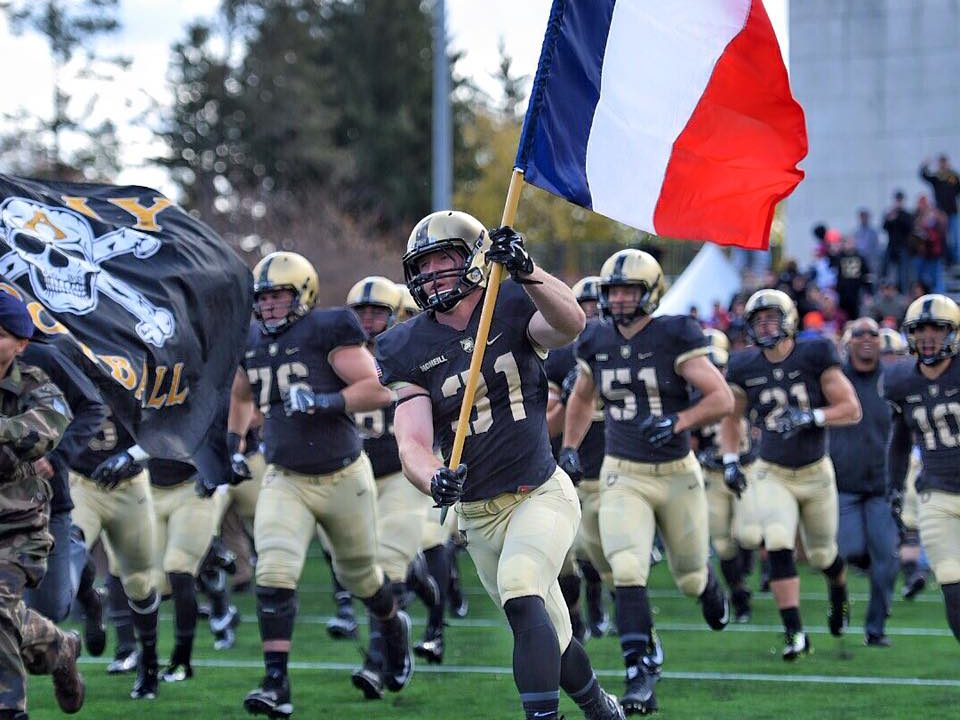 In a show of support to one of the United States’ original allies, West Point’s football team carried the flags of both the United States and France onto the field before the start of their home game against Tulane this afternoon.

The move came after a devastating attack occurred in the French capital of Paris overnight, in which terrorists reportedly affiliated with the Islamic State murdered more than one hundred civilians and wounded about three times as many.

The widespread nature of last night’s terror strike led some to call it “France’s 9/11.”  While there are major differences between the two, there is speculation that this might be the wakeup call that not only France, but the rest of Western Europe, needed to finally start taking the threat of Islamic-influenced terrorism seriously.

Tulane went on to win the game, but the Army West Point team sent a powerful message to one of our most important allies.  And unlike many who merely send “thoughts and prayers” or simply changed the filter on their Facebook profile, the young men and women at West Point face the very real possibility that they will confront ISIS and affiliated terrorist groups on the ground, in person, in the very near future.  That made the gesture even more meaningful.  Well done, West Point.