HomeNationContemporary AffairsTerror Attacks in Paris: The Fork in the Road 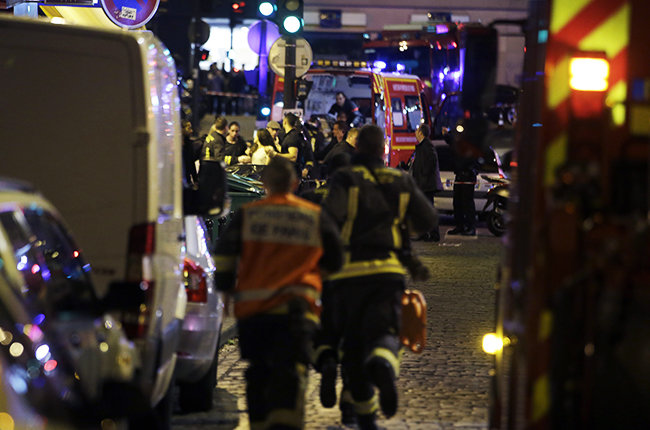 Editor’s Note:  Approximately a year ago, Islamic extremists again attacked Paris, murdering dozens of innocent people.  Writing shortly after the event, Havok Journal regular contributor Chris Otero opined that we were at a “fork in the road” in terms of deciding what kind of country we should be.  Between then and now, a lot has changed both in American and in the world.  What kind of nation do you think we are now?

Less than a year after the Charlie Hebdo attacks, Paris is once again under siege from terrorism.  The reports are grim:  at least six coordinated shooting incidents, multiple explosions outside a major sporting event, and most chilling – an ongoing hostage crisis at a concert venue.  The death toll is an already staggering sixty but it is quite likely to go well over a hundred before this is done.  President Hollande has declared a state of emergency, deployed the French Army into the streets of Paris, and in an unprecedented move closed the borders of France.  There has been no claim of responsibility but ISIS social media is already afire with praise for the attacks and the preliminary assessment falls on Jihadist returnees from the fight in Syria.

There are a couple narratives at work here.  The first is that Osama Bin Laden has won – the Jihadist movement which was born in the slums of Cairo, the Mosques of Saudi Arabia, and the Afghan/Pakistan frontier has metastasized into an aggressive global Jihadist movement intent on confrontation with the west of which ISIS is only the latest manifestation.  In a single week, we have a Russian airline brought down, twin bombings in Beirut, and now a show down in Paris.

I don’t know how this part of the narrative is going to be addressed.  We can go into Syria and burn Raqqah to the ground but frankly it would only address a part of the problem – this threat has spread throughout the Middle East, North Africa, and Europe.  There are no easy solutions to this – ecological and economic collapse coupled with the demographic explosion, the ongoing regional Sunni and Shia’ civil war, and decades of extremism and cynical decisions by local regimes had created a situation which won’t be solved by anything short of herculean efforts.

The second narrative is the more interesting one – and the most alarming.  France is a target because of its national motto – Liberty, Equality and Fraternity. France is the crown jewel of western civilization and one of the purest expressions of western ideals.  This is no mere attack against physical France, this is an attack against the core values of our civilization.

I feel we are at a fork in the road.  Down one path lies resiliency as we excise the Jihadist cancer out of our society while defending the precious values of tolerance and openness which ISIS and their ilk hate so very much.  Down the other path lies hate and fear as we turn on all Muslims regardless of affiliation – where we meet refugees and foreigners not with open arms, but with dogs and guns.

The choice is stark and the same one which was presented to us after 9/11, though I don’t think we thought much about it much at the time.  What kind of nation, what kind of civilization are we going to choose to be?  Are we going to choose Liberty, Equality, and Fraternity?  Can we afford to make that choice?  Will we be brave enough to make that choice?

When the guns go silent in Paris, this is going to be the only question worth asking.