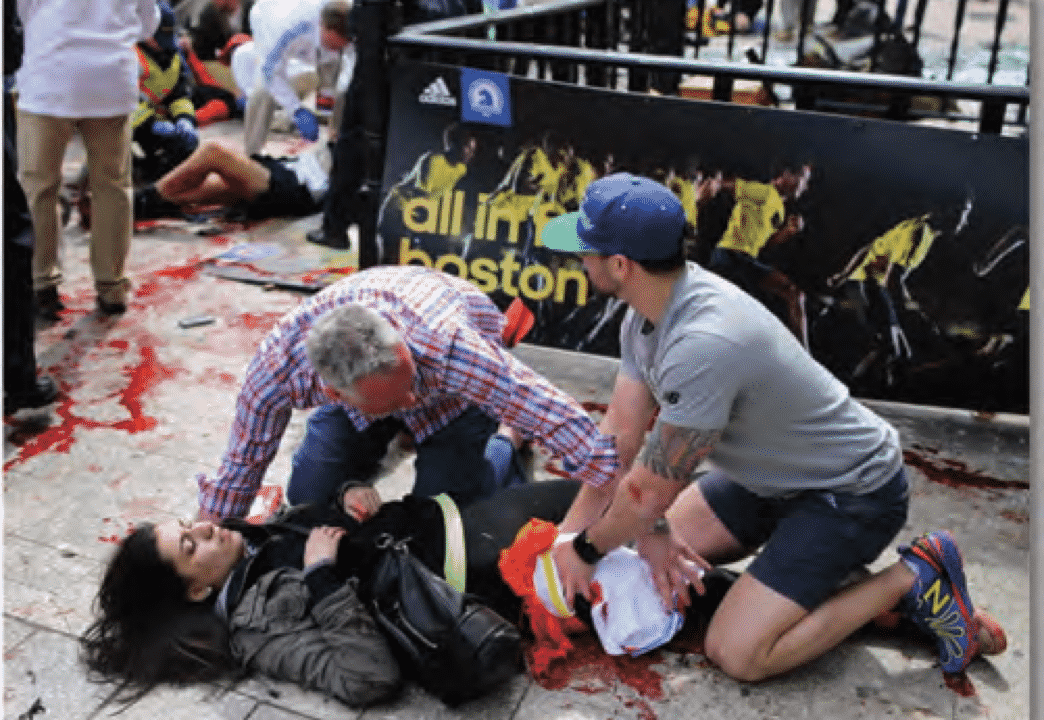 The basis for this article was pulled from a website that has the intent of mostly discrediting the Combat Application Tourniquet® (CAT), but some studies do mention the SOF®-Tactical Tourniquet (SOF-TT).

The article starts by discussing Weppner et al. and their evaluation of the CAT.1 The study focuses on how and where Marines stored the CAT during a deployment to Southern Afghanistan, it concluded that long exposure times can decrease efficiency. Josh states “In that study, it was concluded that CAT tourniquets (redundant, emphasis mine) are next to useless for life saving purposes when exposed to the environment of Afghanistan unless they are left inside of the individual’s first aid kit until such a time that they are needed.” Stating they are next to useless clearly demonstrates some bias or lack of understanding.

If they read the methodology and results, there are limitations, first, they left tourniquets (TQs) exposed for the entire seven

months (212 ± 12 days), no one has recommended this practice. Second, they were not allowed to use a second TQ on the lower extremity if they were unable to obtain cessation of dorsalis pedis pulse. This goes against, what is recommended by the Committee on Tactical Combat Casualty Care (CoTCCC). They also defined success partly as “at least 30 seconds without causing unbearable pain,” this is not a good indicator to define success.

The control arm had an efficacy rate of 95.2%. In the exposed group, 46 (12%) of the plate carrier–exposed tourniquets did break. 1,320 of 1,546 CATs were effective, that’s an 85% success rate. Making these exposed TQs a higher success rate than clinical combat data. Clearly, there is a lack of understanding of the data set. While many try to jump on the bandwagon of being anti-windlass, in this study, it wasn’t the most common failure point. 40 TQ had failure when the stabilization plate slot broke.

Josh continues, “In several other studies conducted with windlass style tourniquets, a high failure rate was reported due to the systems being inherently difficult to use…”

Proficiency and expertise use of piece of equipment used in the military is based off repetition. Am I supposed to be impressed that there was some difficulty remembering how a windlass works? This is no secret, there are plenty of civilian studies that show bystanders also can have difficulty with recall if it is not practiced.2-5 However, because it may not be intuitive, doesn’t mean it is not effective or can be taught and retained by medical and non-medical personnel.

Further into the article, Josh states “…it is imperative that we do not lock ourselves into a bubble that prevents and hinders innovation.” Both, the makers of the CAT and SOF-TT use user feedback and studies where failure was documented to improve their product. There have been seven versions of the CAT and four versions of the SOF-TT. The SOF-TT is now wider and called SOFTTW. What part of innovation isn’t happening?

From the article, Effects of Training and Simulated Combat Stress on Leg Tourniquet Application Accuracy, Time, and Effectiveness it was concluded that after 4 days of non-stop training with the CAT tourniquet system, only one-in-four students were able to eliminate the pulse on their patient with the device.” Here again, is selective use of data. In the methodology, they state that the subject has to apply the TQ in the prone position, that may be difficult and possibly impractical. The article also points to previous studies where the CAT and SOF-TT have 100% success rate. Finally, it recognizes that the 75th Ranger Regiment has no preventable deaths in combat and notes the ongoing medical training of the unit and the application of a second TQ for injuries probably contributes to that success. The use of a second TQ is recommended if one TQ cannot control the hemorrhage. A second TQ was not offered for this training.

“The windlass tourniquet systems are showing in studies, that even with proper and constant training, they are not getting the job done.” The author states this, then follows with a link to the previous study mentioned above. It’s clear the author only read the highlighted portions, because there wasn’t constant training. The methodology states these were corpsman who were taking a five-day course before deployment, and not “Sailor, Marine, or Soldier – those who are most likely to find themselves applying a tourniquet” which oddly, is a highlighted area.

Finally, the study discussed the use of pneumatic TQs and how well they perform, but are not ideal for the prehospital setting. The study closes the paragraph stating two CATs next to each other are 92% effective and the width may be more important than the pneumatic vs. windlass. That point is very true and often lost on novice users and readers. Furthermore, there is no mention of elastic type TQs as a possible solution. Historically the CAT has an 79% success rate, the original SOF-TT with 62% success.6,7 That is clinical data, from combat, not a lab study. These are the older versions of the TQs, which have been improved upon several times.

Herein lies the real issue. Unfortunately, a good portion of service members do not practice and incorporate TCCC or medical training into the regular training. They often fail to understand how to properly apply a TQ. A study from Kragh et al. demonstrated that more than 5 turns, you get deformity.8 If someone has to twist more than 4-5 times, either they applied it incorrectly or a second TQ is needed. I’m willing to guess the average person doesn’t realize the significant amount of pressure required to compress the muscle and tissues in order to occlude the femoral artery. The more distal you go on a limb, there is lower pressure, less muscle and soft tissue, this is why TQs work better, the more distal they are placed. It wouldn’t be uncommon that two tourniquets were needed to control the hemorrhage from the lower extremity.

Most of what the author has written was cherry picked from a website that cherry picked studies to benefit their position. Most of those studies continue to recommend the CAT and SOFTTW. Simply put, these are old studies with previous versions of TQs and not necessarily applicable at this time.

The facts about TQs are as follows. In the beginnings of the wars in Iraq and Afghanistan, there were very few units using Tactical Combat Casualty Care (TCCC). Most units were still using old, outdated, and poorly supported practice from civilian medicine. To include recommending a tourniquet as a last resort.

Within special operations forces (SOF) there were many units who had adopted the TCCC, but were relying on improvised TQs. In the 75th Ranger Regiment, they began to use a ratcheting system that was very effective, but often much tighter than required. This can cause injury. In other SOF units, two TQs were developed, the CAT, SOF-TT. The early testing of these and others that were available suggested the CAT and SOF-TT along with the Emergency Medical Tourniquet® (EMT) were most effective. The EMT is not recommended for pre-hospital care due to its bladder. These early evaluations were somewhat simplistic as compared to current testing standards. But, this was a new area, somewhat uncharted.

On March 6, 2005, an article on the front page of the Baltimore Sun titled, “Modern combat lacking in old medical supply” in the article, it outlined the red tape and bureaucracy that caused significant issues with fielding TQs for everyone.

This article was the push needed to ensure that everyone had a TQ when deployed. However, there was no mandate to have the necessary training. Which might help explain any TQ failure in combat. The military expects the service member to be able to perform certain duties that are practiced on a regular basis. Why isn’t this same concept applied to medicine and TCCC?

Application of a tourniquet is critical in the treatment of limb hemorrhage as it is associated with improved survival and decreased rates of blood transfusion.9-11  Survival from extremity bleeding is as high as 90% when the tourniquet is applied prior to the onset of shock.12  Furthermore, the use of the limb tourniquets resulted in a 67% decrease in death from limb hemorrhage in the wars in the Iraq and Afghanistan.13 Given these data, it is no surprise that we’ve seen tourniquet use increase 10 fold over the last decade including popularity among EMS and civilian trauma systems.14,15  Tourniquets have demonstrated to be effective with low morbidity.16 Furthermore, during Operation Iraqi Freedom, no limbs were lost as a result of tourniquet application.10

The CoTCCC guidelines state to stop life-threatening external hemorrhage by using a recommended limb tourniquet for hemorrhage that is anatomically amenable to tourniquet use.17,18 The limb tourniquet may be applied over clothing, and if the site of hemorrhage is not obvious, the tourniquet may be placed “high and tight” on the wounded limb. Once this is accomplished, the casualty is moved to cover.17,18 When there is no threat, the tourniquet can be placed 2-3 inches above the wound. Whether these guidelines are taught or consistently followed in combat it isn’t clear. In 2018, DoD instruction 1322.24 Medical Readiness Training, stated that everyone will be instructed in TCCC. Whether this will help increase proficiency with TQ use is still questioned. Currently, the CoTCCC is reviewing TQs, this is the first time since the initial evaluation that this is occurring and it’s a good thing. A TQ review should probably happen every few years.

This blog article is mostly filled with half-truths, bias, and potentially dangerous misinterpretations. This is spreading misconceptions about equipment that made the biggest impact on saving lives in combat. There is a complete lack of quality analysis of these old studies. Furthermore, the studies are presented as current and relevant.

The analysis is actually lacking an actual analysis.

Other articles worth reading on the importance of a windlass and training: