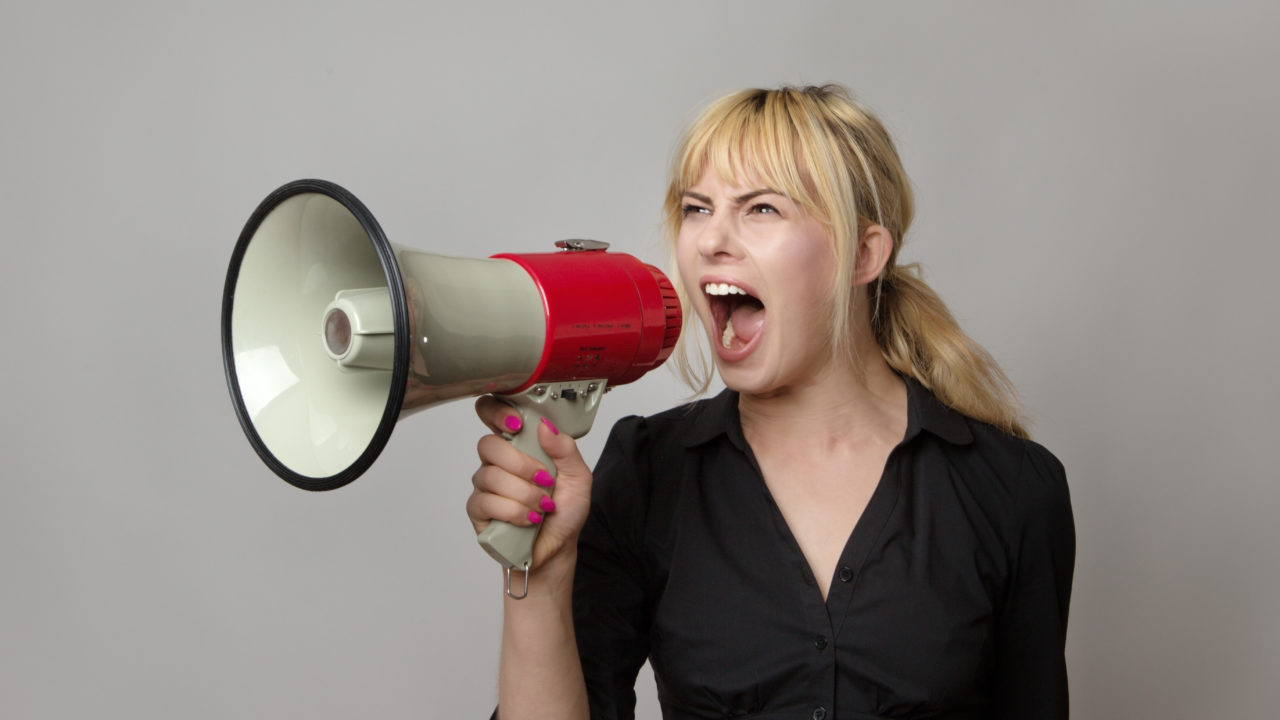 This is a response to the article, “I’m worried,” by an anonymous special guest writer. As per the instructions at the end of your article, I read it, gave it more than a brief thought. So, let’s talk (as you say.)

Your overarching idea “I’m Worried” is something that I can agree with. I think “I’m Worried” pretty much sums up the American state of mind right now, just for different reasons depending on your persuasion. I also completely agree that when one voices a viewpoint that the other side doesn’t care for, more often than not they are met with (you framed it nicely) virulence. There is no attempt at empathy, no humanizing of others’ opinions, or acknowledgment that one could logically come to that particular line of thinking without being a complete idiot.

I am a tad confused, since your viewpoints tend to lean towards the left end of the spectrum, as to why you would fear reprisal enough to post anonymously. Typically conservative-minded individuals are the ones who are most afraid to speak their minds for fear of being “canceled,” having the terms (which have now completely lost their original meaning) racist (or white supremacist is now en vogue even if you’re not actually white), homophobe, misogynist or whatever other terms that can be hurled in order to shut down a dissenting opinion whether the term actually applies or not.

I could write an entire article on just this, but again, I can’t off the top of my head name any left-leaning personalities that have been fired from their job, had their video struck from YouTube, or been banned from Twitter for posting their views and opinions.

So now to address the first point. Covid. Yes, people have died. Many people have died. There are some questions about having died with covid as opposed to dying from covid. (See also what happened to the flu this year?) I know, I know, this turns into a whole other debate but you state you have a not-so-hidden prejudice for science. Your prejudice only applies to that science that you agree with.

There are multitudinous doctors, nurses, and other health care officials who rebut your view. Are they not “science?” I guess not the kind that matters as one side completely shuts down (in social media the new town square) the other and cannot censor dissenting views fast enough to their liking. This is why when you (those that lean left) say: “Let’s talk”, we that lean right don’t believe you. The left doesn’t want a conversation. The left wants supplication, and it will use the power of media, social media to control the “conversation”.

So let’s take on January 6th. You say it had its run in court? I would disagree… by the SCOTUS NOT hearing the Texas case before the election was settled (on all the other states changing their voting procedures via executive vs legislative procedures) and not hearing the Pennsylvania case about rules change after the election was a mistake. The argument was that Texas didn’t have the standing to bring the suit notwithstanding, the arguments about who has the power to change the laws and were they done improperly still remain.

I believe the SCOTUS didn’t take up these cases, not because of the legality but because of the fallout that would have occurred if they had ruled that the election procedures had been illegally altered. I believe Justice Thomas said it best:

“One wonders what the Court waits for. We failed to settle this dispute before the election and thus provide clear rules. Now we again fail to provide clear rules for future elections. The decision to leave election law hidden beneath a shroud of doubt is baffling. By doing nothing, we invite further confusion and erosion of voter confidence. Our fellow citizens deserve better and expect more of us. I respectfully dissent. These cases provide us with an ideal opportunity to address just what authority nonlegislative officials have to set election rules and to do so well before the next election cycle. The refusal to do so is inexplicable.”

But back on the actual “insurrection.” Please note that using the term insurrection: “a violent uprising against an authority or government” would also apply to any riot that has occurred including almost all of the BLM riots. I know that you, special guest, didn’t use that term to describe 1/6 but so many others who view 1/6 as you, use that term generously. Fine. It fits, but let’s apply it to all that it applies to. So you state that the riot itself resulted in five deaths, this is misleading as people would read that and think that all five of these people died as a result of violence directly due to this insurrection.

Actually, only one person died directly due to violence, and that was violence perpetrated against her, the others succumbed to health issues and drug intoxication. Even officer Sicknick who was raised upon a pedestal for having been slain by the rioters, actually succumbed to strokes despite the narrative otherwise. Millions of dollars in damages? 1,495,326.55 was the actual damage to the Capitol, the rest of the 30 million dollar price tag? Repairs to artifacts and mental health services for the trauma and strain of congressional employees and staffers. Please compare with the 25 deaths, 2,000 officers injured, and TWO BILLION dollars in damages of the other insurrections throughout the summer of 2020.

From just a monetary point of view and giving you the complete 30 million benefit of the doubt. The 1/6 “insurrection” is only .015% (yes that’s a point zero) of what the entire summer of 2020 cost the nation. The insurrectionists on the West Coast were basically turned loose to riot again, night after night. Portland’s DA would not press charges, yet the 1/6 rioters are having the book thrown at them. Tell me again about this blind justice of which you speak. When the law doesn’t apply equally, then that tears the fabric of the nation apart, but that doesn’t seem to matter to those that lean left. Again, the dissenting view is silenced.

Vaccines. This is another major topic that would require an article completely on its own. I’m glad that you got your shots and you feel like you’ve increased your chances of being healthy. A question I would ask is: Have vaccines, specifically the Covid-vaccines, been linked to harmful side effects including death? You may cry conspiracy theory but the FDA noted the following possible adverse side effects:

Also, many people have natural immunity and don’t need a vaccine, but that doesn’t stop the constant bombardment of everybody must have the vaccine! Covid would go away if everyone would just get the vaccine. Please explain Gibraltar where almost the entire population was vaccinated yet cases practically exploded in July. Iceland? Israel? Singapore? I know, I know, you have a not-so-hidden prejudice for science. Tell, me, how much money is that science making Big Pharma? I’m sure that has absolutely nothing to do with the massive push to get this vaccine to counteract a disease that has over a 90% survivability rate?

So going back to your final points. The United States of America is not a democracy. The United States of America is a Constitutional Republic. In this constitutional republic, all valid citizens over the age of 18 who are not felons and have registered within the proper time frame may vote in the state of their residence, by absentee ballot, or overseas ballot if they serve. Nobody is denied the right to vote because of how they look. Nobody is oppressed in this nation. All citizens over the age of 18 may vote, hold office, own property, travel, own businesses, get educated, become celebrities or sports stars.

There is no race or persuasion that is expressly forbidden from doing these things.“Ok, I’ve vented. Let’s see if I can back off and see from the other side.” You don’t actually do this, you just continue to rant. I get it. I do. From a liberal standpoint, you guys are the compassionate ones. You are the ones that have the patent on science and it completely backs up your view as anything else is just misinformation.

Ok, I let that one slip. Seriously, I understand you. I understand your view, I understand how a thinking person can come to the conclusions you come to. I agree with your quote from the statue of liberty. We in the United States of America absolutely welcome the tired, the poor, the huddled masses yearning to breathe free, the wretched refuse of the teeming shore… We just ask that you kindly come through the front door and not break in from the back deck.