HomeNationContemporary AffairsCovid & War: The Four Horsemen are Intent on Creating a Stampede 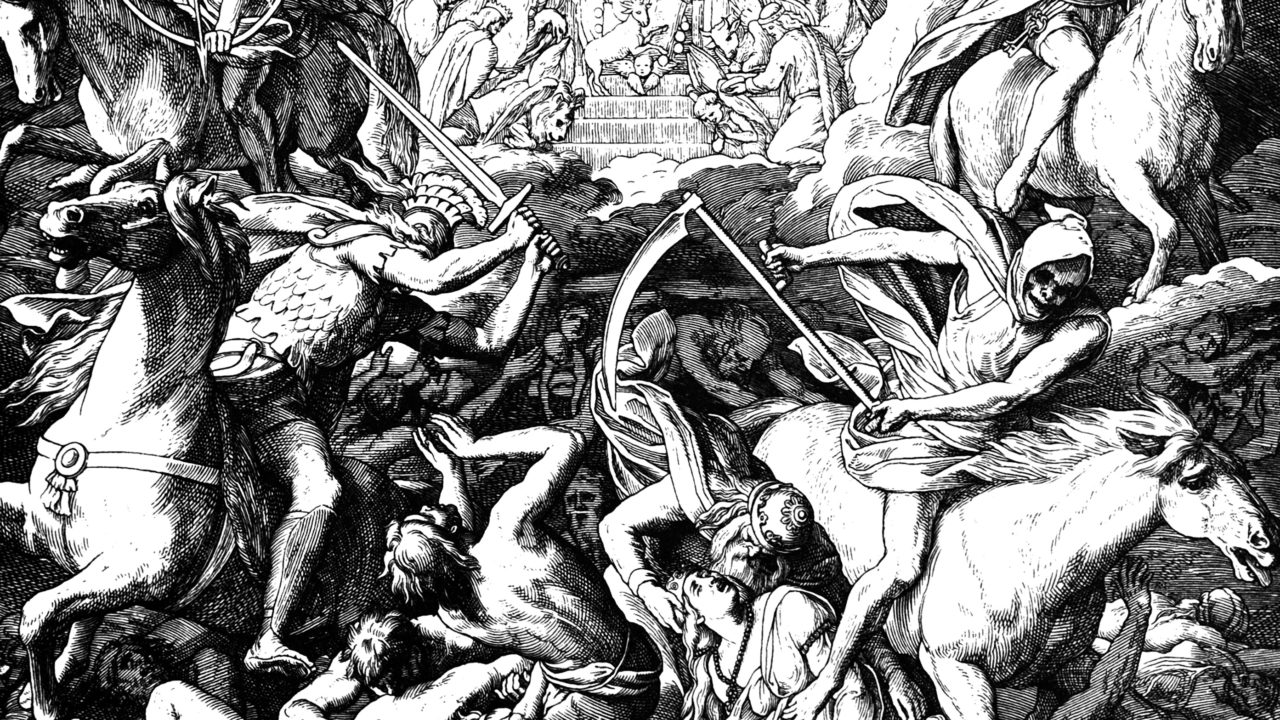 It’s tough times for everyone. Confusing and frustrating to boot. Still the big two up in front: COVID and the WAR. And the WAR is once again focused on Afghanistan. Nothing new here if we remember that two of Ezekiel’s Four Horsemen were the plague and the sword. But just because these problems are thousands of years old doesn’t make them any easier. There are thousands literally in the line of fire and even more who have been through that fire – don’t forget high fevers are a more intimate kind of fire.

Maybe it’s time to step back and see if we can learn from history. The Spanish philosopher, George Santayana said, “Those who cannot remember the past are condemned to repeat it.” Even a cursory read of some of the essays on Havok would lead me to believe that the people who got us into the Afghanistan conflict probably forgot a lot of history. Some would have kept us out of Afghanistan in the first place, others could have better prepared us for the exit. Doesn’t seem as if that was done and the innocent suffer just as they always have.

I’m reading an account of the German Anschluss into Austria in 1938. Hitler rolled into Vienna and the local louts started pillaging the minority population. The Austrian government collapsed. Hitler and the Nazi were emboldened and Europe became a graveyard for millions – both soldiers and innocent civilians. I think there’s a muddled connection here.

Truly a grim picture both then and now. But it’s the suffering on an individual basis – both civilians and combatants – that I find most disturbing – that and the fact that often it seems as if no one cares. AND I know that’s not true for our troops and our military. However, it must be a contributing factor for the PTSD with which many veterans struggle.

It seems as if those Four Horsemen are intent on creating a stampede and we’re all going to be trampled by the hooves of the horses. I don’t know if anyone person can reach up and grab the reins and topple the riders. BUT I’m going to suggest there are little things that we can do – in the immediate space around us. Good for us and good for others. Acts of kindness and compassion for those close to us – our family and friends – and even more important, acts of kindness and compassion for those not like us, especially those unlike us in race, religion, political persuasion, gender, etc. These unexpected acts are guaranteed to startle the horses and unseat the riders. And we can always give charity.