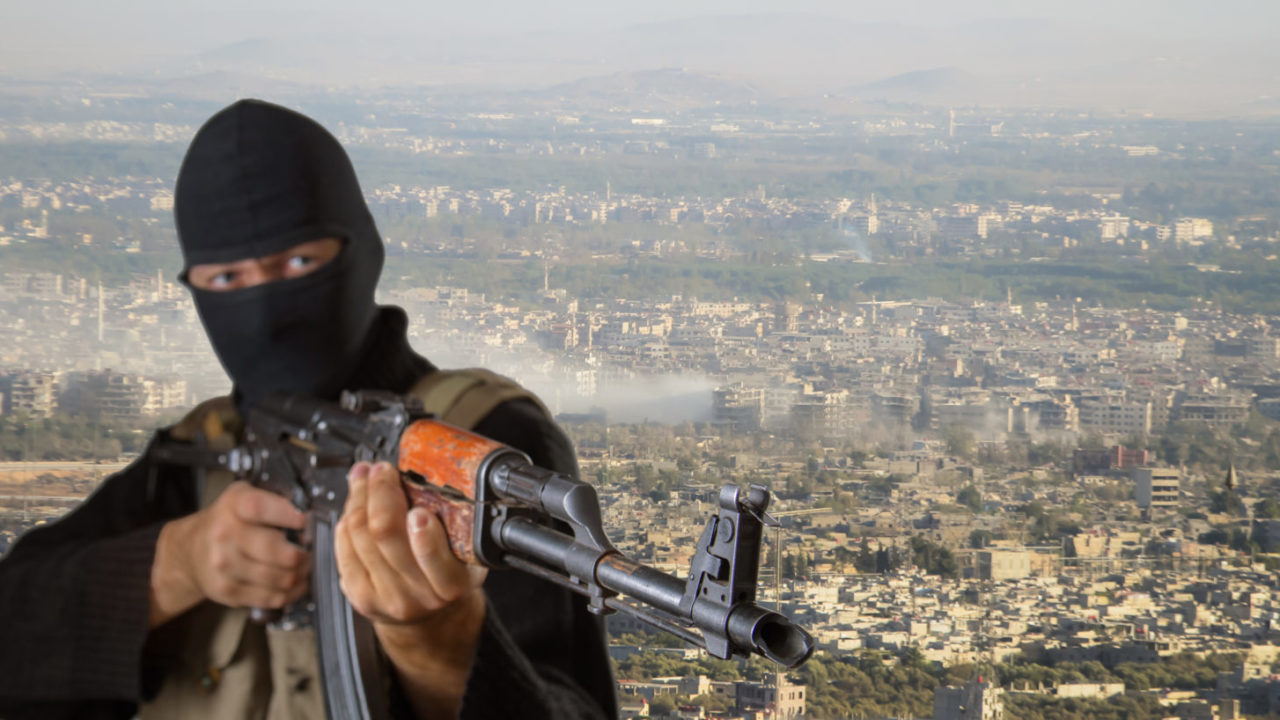 Tragedy strikes again in San Bernardino where according to media, 14 may have been killed and as many as 14 wounded, as 1 to 3 shooters attacked the Inland Regional Center. The situation is under lock down by police. At this time, no identities of the perpetrators have been given out.

Triage centers have been established for the mass of casualties that require treatment. The local community has rallied using civilian vehicles to move people to treatment as ambulance and fire work diligently to rescue and provide aid.

The SWAT team is on the scene at this time. There are reported suspicious items that are being cordoned pending bomb squad investigation. One item was detonated but not confirmed as an IED at this time.

Witness report gunmen wearing masks and body armor entering the building and starting to fire. “As if they were on a mission”.

What we know, there are fatalities. The number is not certain. There are wounded. Those numbers are not certain.

We are once again confronted by individuals who wish to change the world by violence or simply get in the news. It does not matter who the victims are so long as they attack those who gain them the most notoriety. The Inland Regional Center treated people with disabilities. By necessity, such a place would be devoid of weapons.

They staged a complete raid on the facility. Arriving, killing, and departing in a short amount of time. There were no hostages taken, no warnings given, and no standoff with police. This is an orchestrated attack.

And no sooner was the word spread when the anti-gun crowd charged to the front demanding changes in legislation, led by none other than Hillary Clinton.

How can anyone proclaim that this issue is solely about the gun? At the time of her post, she had no damn clue what was going on but she zeros in on one topic and that is all she needs. Bad gun No Biscuit.

I immediately checked my guns and found that none of them knew, even under intense interrogation, anything about it. Can you imagine, I threatened to take a brass brush to their hide and still they were adamant that they had not information to divulge.

This is not about the gun. This is about people who feel that their only course of resolution is to inflict pain and death.

You can show all the maps with “mass shootings” but that does not tell the true story. There are over 80 million Americans who own firearms and do not commit crimes with them. Every law on the books is of value only when applied to gun owners who are NOT BREAKING the LAW!

Why is this hard to understand? Senseless violence and suddenly everyone’s logic takes a nose dive. Gun laws do not fix anything when the first act is already against the law.

Perhaps we should make it a law not to murder people in December, perhaps we should have a law that says you cannot shot more than 1 person and multiple shootings is an even bigger crime. Why don’t we have laws against shooting people on Wednesday?

You want to fix it? Have more people with guns to counteract those with ill intent.