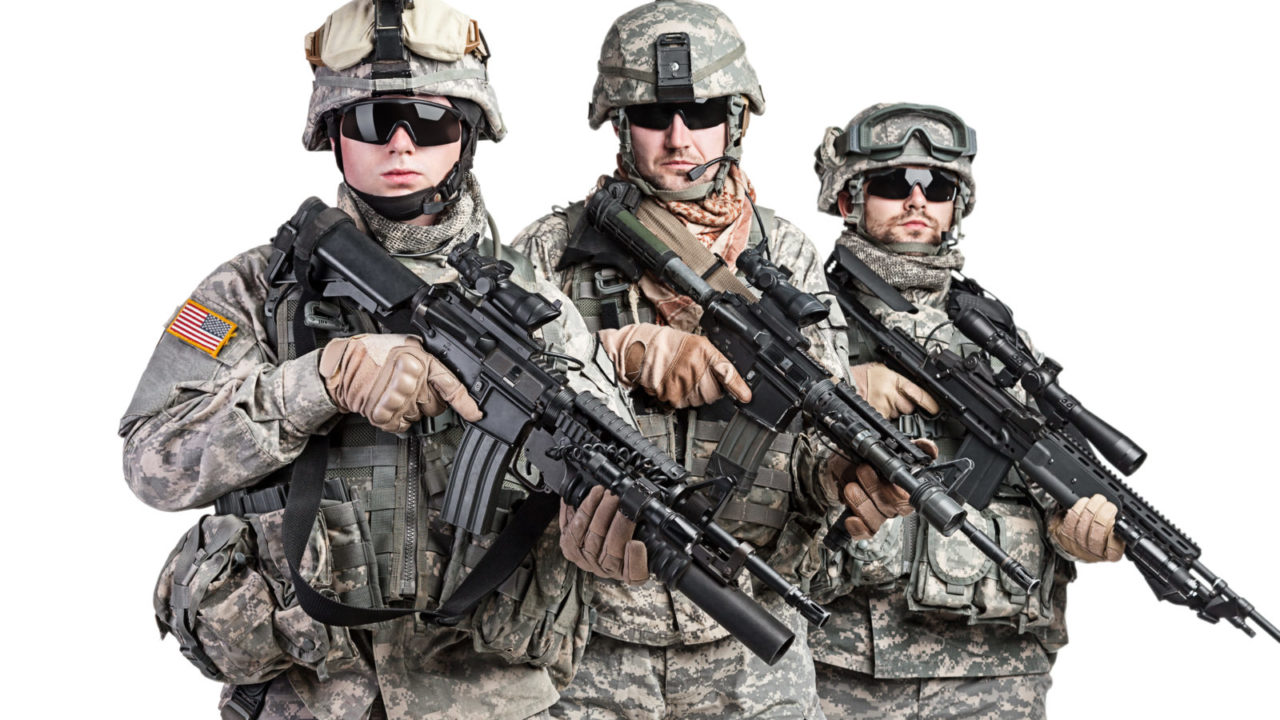 Three unarmed U.S. servicemen averted a massacre in France on a high-speed train with 550 innocent people on board. As the suspect loaded his automatic Kalashnikov rifle in a toilet of the caboose, the soldiers and an airman recognized the sound of an AK47 round chambering.

Armed with courage, teamwork, and skills, they confronted Ayoub el-Qahzzani, when the Moroccan national exited the loo. They overpowered and subdued the man. According to various media reports, during the scuffle, the 26-year-old, knife-wielding attacker managed to fire three shots from his pistol and slash one person.

The attacker was arrested when the nonstop, high-speed train from Amsterdam to Paris was diverted to the Arras station in northern France. Security forces discovered a Kalashnikov, an automatic pistol, nine full magazines of ammunition holding almost 300 rounds, and a knife.

Three people were wounded, a Briton, an Airman, and the French actor Jean-Hugues Anglade, who appeared in the 1986 cult film Betty Blue staring Beatrice Dalle. Anglade suffered a minor injury to his hand when he broke a glass window to activate the train’s emergency alarm. The Pentagon confirmed that one of the servicemen was wounded. The UK’s Daily Mail reported that one Marine took a bullet in the neck, but later reported he was slashed with a knife.

The French media claims the ‘suspect’ was previously known to French security services. The Daily Mail reported that he was linked to a number of radical Islamic groups and was classed, according to FranceInfo.fr as ‘potentially dangerous.’ Sources from the Spanish counter-terrorism reported that the North African man with ties to radical Islam lived in Spain for a year, then moved to France. El Pais claimed that the terror suspect had recently been in Syria before returning to Europe to launch his attack.

French Interior Minister Bernard Cazeneuve said the U.S. servicemen “were particularly courageous and showed great bravery in very difficult circumstances” and “without their sangfroid (coolness, composure) we could have been confronted with a terrible drama.” Guess that terrorist-wanna-be really picked the wrong caboose.

Cazeneuve’s spokesman Pierre-Henry Brandet said, “talking about a terrorist motive would be premature at the moment.” It is too early to speak of a terrorist link.” But the French prosecutor’s office said that investigators from France’s special anti-terror police have taken over “in view of the weaponry used, the way it happened and the context.” Meanwhile,  Belgian Prime Minister Charles Michel said on Twitter, “I condemn the terrorist attack on the Thalys (train) and express my sympathy to the victims.”

Some people spend a lifetime wondering, Have I made a difference in the world? But, the soldiers and the airman  — true heroes — won’t struggle with that problem. Thanks to these brave men, the people on that train went home to their families scared, but unharmed.

The Business Insider reported that the names of the men who helped disarm the terrorist are Anthony Sadler, from Pittsburg, California, Aleck Skarlatos, a member of the Oregon National Guard, from Roseburg, Oregon, and Chris Norman, a 62-year-old British consultant living in France. The Daily Mail reported that Air Force airman Spencer Stone tackled the gunman. Skarlatos remarked, “I just got back from Afghanistan last month, and this was my vacation from Afghanistan.”

Everyone likes to rag on the US, our gun culture and our military. While it’s the cool thing to hate on the U.S. military, 550 people on that train and many in Europe are thanking God for these well-trained U.S. military personnel. We applaud their faithful service to protect the innocent.