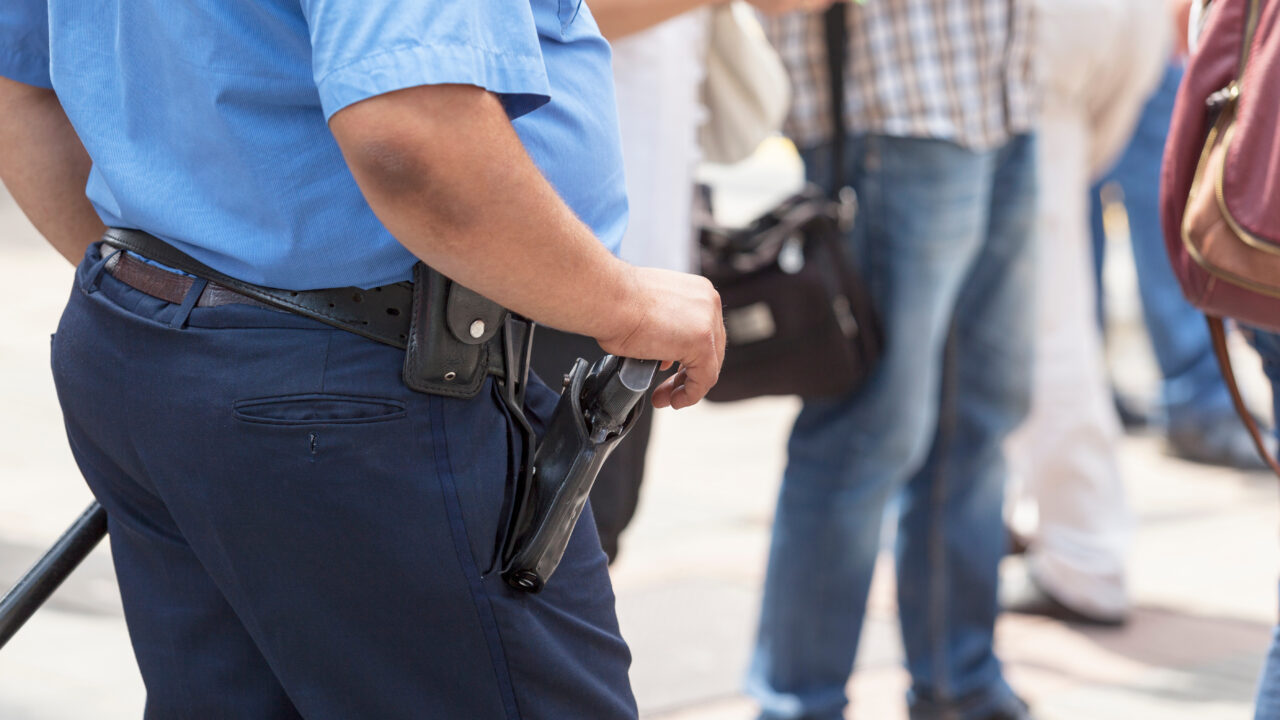 Unfortunately, in this day in age, it’s becoming less common for an officer to be in tip-top shape throughout his or her career. Why is that? Do police departments have physical fitness standards?

When a person is going through the application process to become a police officer there is a physical fitness/training test (PT) that they are required to pass. The physical fitness standard is different for police departments across the country, but they all require a new recruit to be in great shape prior to entering the police academy. Once in the academy, the recruit is given the test three more times (again it might be different in other parts of the country). The PT test is just one part of the physical fitness routine at the academy. Recruits work out every morning, whether it is strength training, cardiovascular exercise, and defensive tactics.

By the time the recruit graduates from the academy, the PT test becomes an easy task. So much so the recruits compete with one another on who can run the fastest, most push-ups, some strive to be awarded the best PT score in the class.

A study that was conducted by Nature Publishing group in 2009 found that 43% of recruits were overweight and 33% were obese prior to beginning the academy. This was in 2009!

Beginning of the Downward Spiral

The recruit has graduated and now is the “rookie” officer at the police department. The recruit goes through a 12-week Field Training Officer (FTO) program where the rookie practices what he/she learned at the academy, learns the paperwork after an arrest, utilizes basic investigative skills learned in the academy, etc. The rookies partner up with a veteran officer, otherwise known as an FTO. The veteran officer is usually the “best” at the job. The veteran is in shape, keeps their cruiser clean, boots always polished, great command presence, and is very well versed in the training program for the recruit.

After 12 weeks the rookie is now on their own. They have their own cruiser and are responding to calls, pulling cars over, working overtime, and being ordered in for shifts. The rookie starts to eat unhealthily, doesn’t work out anymore, up at all hours of the night, and even sometimes doesn’t sleep due to the stress that they just had to endure from their shift. The rookie would already be exposed to homicides, rapes, child abuse, domestic abuse, etc. That starts to wear on the officer. In pretty short order the rookie has gained weight, the uniform is too tight, boots not as polished, and developed some bad habits.

For the most part, police officers sit in their cruisers the majority of the day, driving around, conducting patrols, etc. Now add stress, fatigue, multiple overtime shifts, and rotating schedules to the equation and you have a recipe for bad health.

According to the Mayo Clinic, researchers have linked sitting for long periods of time with health concerns including obesity and metabolic syndrome which is a cluster of conditions that includes increased blood pressure, high blood sugar, excess body fat around the waist, and abnormal cholesterol levels. They further found out the muscle activity needed for standing and other movement seems to trigger important processes related to the breakdown of fats and sugars within the body.

From my personal experience, most departments do not have a robust physical fitness standard after the academy, unless the officer is on a specialty unit such as SWAT. I do know of some police departments that give their officers incentives to Officers become complacent in their jobs. There is a saying in policing that says it is 90% boredom and 10% action. That 10% is the critical moment where the officer’s mental and physical toughness is going to be tested. There is a mindset some officers have that adrenaline will help them. Sure, that is true, but adrenaline doesn’t turn you into the Hulk.

The CDC showed that 39.6% of US adults ages 20 and older were obese. A recent study conducted by the FBI showed that 8 out of 10 cops are overweight. 8 out of 10! So 80% of law enforcement? In another study conducted by the American Journal of Preventive Medicine concluded that 40.7% of police, firefighters, and security guards are obese. In the end, the percentages are higher than the rest of the country. This should be alarming and needs to be addressed.

In the end, it is up to the officer to take care of themselves. The officer needs to find time to work out, see their doctors, make sure their cholesterol, blood pressure, blood work, and overall health is in check. It will take up a lot of personal time but in the long run it will help you survive past retirement.

The percentages of obesity in the U.S. are troubling as is. The obesity level in law enforcement is even more troubling. It is a profession that requires its officers to look sharp and act sharp. It is a profession that should be taken seriously due to the nature of the work. The profession should require every officer to take a yearly PT Test to ensure that the officers remain healthy. Police Departments should have incentives for officers who continuously pass the PT test every year. States, cities and towns should not only invest in their infrastructure but also in the the fitness of their first responders. In the end, they are the ones who are called when something bad happens.