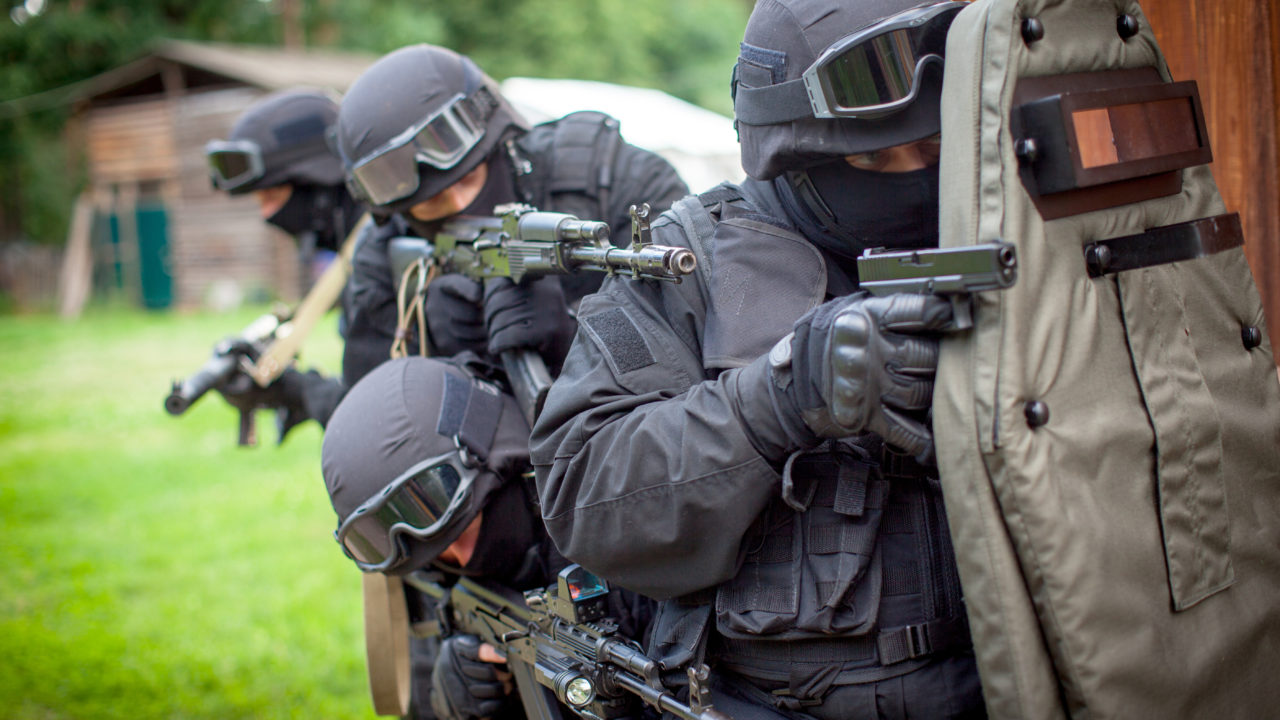 As I sit here and write this, I can think of hundreds of examples of times, as a cop, where my own stonewalled my work, wanted to take credit, literally took credit, and many other stupid things. We truly eat our own at times. Why?

Some say it’s this alpha male thing, where we all want to be out there doing the job and “getting the bad guy.” Here is the thing: What I learned at war, is the team and mission are the priorities. That’s it. I have seen the big machine, that is the military in action overseas. I have seen how multiple units working together achieve an objective. We did not go into it thinking, “Oh I’m gonna be the hero today.” No. My only concerns were the mission and the guys to my left and right.

Certain specialty teams in law enforcement have adapted that team mentality. Units like SWAT, Gang units, homicide units, sex trafficking units, and others truly exemplify what it means to have a team mentality. They all work together for a common goal, mission, and look out for one another.

Some of the best partners I’ve ever worked with were combat veterans. They understood the team mentality. No matter what we did, whether one of us made a good arrest, or took care of an issue, we did it as a team. We were praised as a team.

During my time at Army basic, we were taught, from day 1, the team is the key. Every time we got smoked, we had to yell out, “TEAMWORK IS THE KEY!” The dreaded log drills. Those were true tests of teamwork. One weak chain in the pack, and we all felt it.

At the police academy, I had some similar experiences, except we didn’t do log drills. But we did have to work together on certain drills. Once you graduate from the academy, you are thrust into your respective police departments and work.

Slowly, that team mentality goes away, for one reason or another, it just does. Unless you work for a major city, a majority of police departments have just single officers in cruisers. Again, this depends on the size of the police department, two or three cruisers share a sector. For the most part, you are working as a team.

Some officers are more individualistic in the sense that they want the arrest, or they don’t call for back up even though they are in some sort of dangerous situation. For example, a few years ago, I was driving through the city center where I work. I heard one of my beat partners call that they had pulled over a car with four occupants and the driver had a warrant for their arrest.

I informed dispatch and my beat partner that I was on my way. I was probably 1 minute from my partner. I showed up and saw the officer with the guy who had the warrant out of the car and in handcuffs. I was not happy at all, that would have been a grave tactical error on the officer’s part. I spoke to the officer later that day and the officer agreed it was a mistake to do that. The officer forgot about the teamwork aspect because they were focused on “getting the bad guy” in handcuffs.

Another example I have is when certain members of the leadership stonewall officers. I had a shift commander, who hated the fact that I was a pro-active type cop. Most of my arrests were based on probable cause and it was known amongst the officers that this shift commander did not like that. Let me explain what probable cause is. I warn you, as a reader, again do not use this definition as a way to try to “stump” an officer. It’ll only lead to problems.

“Probable Cause leads an officer to believe it is more likely than not that: (1) the suspect has committed or is committing a crime; and/or (2) evidence will be found in a particular place.” This definition varies from state to state but they are the same for the most part. Keep this definition in mind when I give this example.

On patrol, I was dealing with a volatile situation. An extremely abusive boyfriend was on the run. The boyfriend would show up at random times back at his girlfriend’s house, threaten her, etc. He had multiple warrants for his arrest. So probable cause was already proved a judge agreed with my affidavit and issued the warrants.

I knew time was against me and I felt this guy was going to eventually kill his girlfriend, just based on his actions. An idea I had was to try to triangulate the cell phone that he had with him. That would help me locate him. The shift commander quickly denied that request. I was not happy. A few days later, the boyfriend was driving us nuts because he was so volatile and continued to make contact with his girlfriend.

One morning, the shift commander walked into roll call and says, “OK WE NEED TO FIND THIS GUY, I’M OPEN TO ANY SUGGESTIONS.” I repeated what I requested the day before. The commander quickly agreed. I and the violent fugitive task force got to the area where the boyfriend was hiding and captured him. When, as law enforcement officers, we work as a team and leave our egos behind, we can accomplish great things.

I’ve worked other cases, where my bad guys lived in other jurisdictions and instead of the other investigators in the neighboring city or town working with me, they end up taking the case on their own and make arrests without my knowledge. They want to be “heroes”, so the Chiefs would pat them on the back and say “good job.” The failure is in the culture of law enforcement. That “I need to be a hero” mentality is what gets us killed at times.

My fellow officers, teamwork is the key in everything, don’t worry about being a hero, don’t think that it’s only you out there, we are all in this together. In the end, we only have each other to rely on. Let’s put our precious egos aside and work together on the common mission.

Like my Drill Sergeants stuffed down my throat “TEAMWORK IS THE KEY.”

This first appeared in The Havok Journal on November 26, 2020.

Ayman has worked in the patrol division, in a plain clothes anti-crime unit, in a problem-oriented policing unit, as a Metro-SWAT operator, and as a detective in a major crimes unit. His current position is as a narcotics task force detective with the DEA and as an operator with the DEA Special Response Team (SRT). He has investigated high-level drug traffickers, gang members, and conducted numerous operations.

He also helped organize SRT operations in Southern New England. As an assistant team leader, he assisted and coordinated the planning of operations as well as conducted various aspects of training. Ayman is a law enforcement firearms instructor, a less-than lethal weapons instructor, a certified use of force instructor at his police department Ayman’s hands-on experience with law enforcement operations at many different levels coupled with his compassion to save lives has brought him to coordinate “Project Sapient.”

This initiative is a joint effort comprised of law enforcement professionals of all levels combined with the Special Forces philosophy of winning hearts and minds. Ayman has found that to reach more officers and departments, it is important to share his experience with media outlets that reach law enforcement. He regularly contributes to The Havok Journal, writing articles that provide insight into current law enforcement trends and methodologies to help officers become better equipped to handle an ever-changing work environment.

In his writing, Ayman draws from his hands-on experience as both a law enforcement professional and from his military service. For years, Ayman has seen the trend in lack of training policing. Whether it’s budget cuts, political enemies, or ineffective policy, Ayman has made it his mission to bring innovation, unconventional policing methods, and to have those tough conversations and instruction to assist law enforcement to better relate with and advise communities. He sees firsthand the need for better training and tools for law enforcement to most effectively serve their communities. A better trained officer is what policing a free society needs and requires.