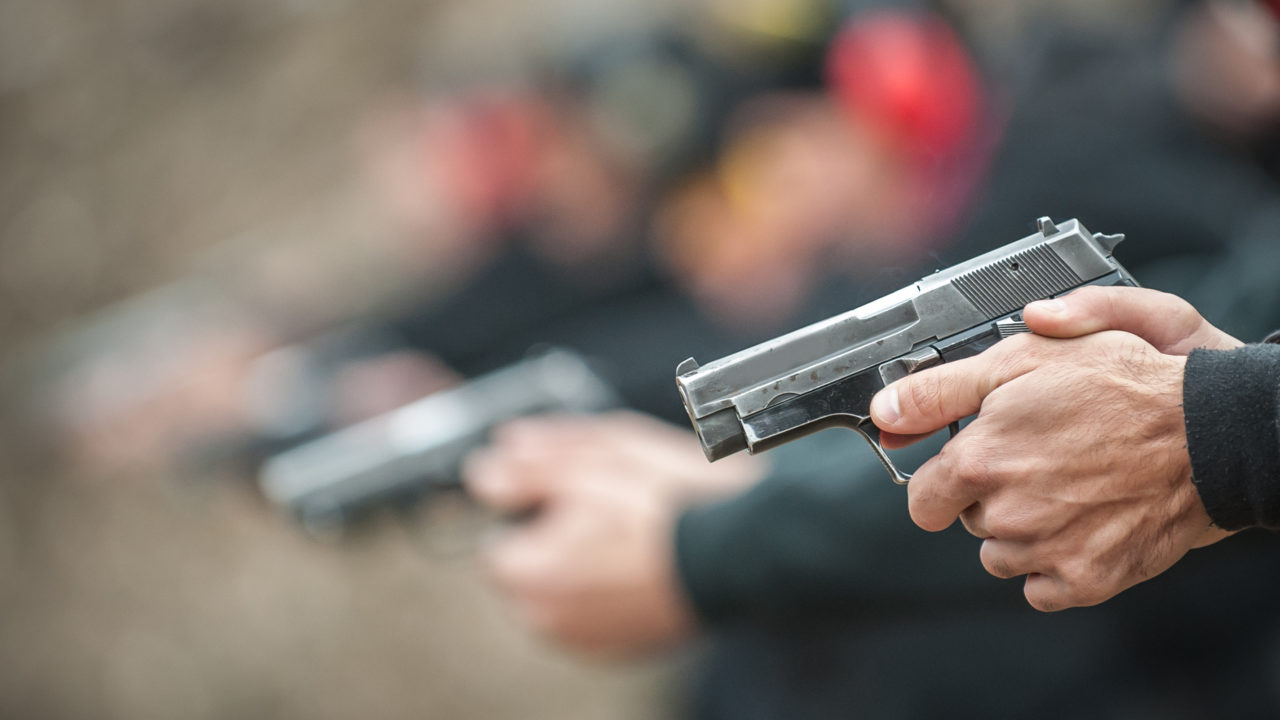 Police Officers are shuffled through their respective police training academies. Academy training can last anywhere from 6 weeks to 6 months depending on where you are in the United States. In previous articles, I have argued that Police Officers do not train enough in academies or throughout their careers. Most proactive police officers end up seeking out other training to improve their tradecraft. Most of this training is costly and, depending on the agency, they may have to use personal time to attend.

Over the years, I’ve discovered high-level training courses and research papers dealing with human performance as well as neurological, physiological, psychological, and biomechanical research. Several companies dive into the biggest question of all. The “Why” behind a Use of Force incident, the ‘why’ behind cognitive interviewing, tunnel vision, and many other ‘why’s’ continue to be researched to this day.

The psychological aspect of policing is one of the most important parts of the job. Confidence is a large part of the psychological process. This doesn’t include being conceited or arrogant, but rather being confident in yourself, in your abilities, and your knowledge. I see it time and time again where cops do not decide on simple crimes simply to arrest or to summons. I’ve repeatedly seen situations in which an officer is in front of an unruly person, and they clam up. They get that stimulus overload. Is it a training issue? I believe it is.

“The sense of personal effectiveness and self-confidence created by realistic training is as much a stress reducer as when the muscles go on autopilot.” -LTC Dave Grossman

The above quote by LTC Grossman is 100% accurate. The best training for any police officer is realistic Force on Force training. Force on Force means shoot or don’t shoot. An officer is inserted into a scenario with their full duty gear, as well as SIMS equipment (retrofitting the officer’s duty weapon with a different bolt that shoots out “paintball” bullets.)

During the training scenario, the officer must “respond” to a domestic, fight, suspicious person, and all kinds of other situations. The officer must make decisions, sometimes, under crisis. The officer’s heart rate is raised, a lot of stimuli are thrown at them, and through that fog of chaos, they are tasked with re-shaping the situation to observe, orient, decide and assess. Yes, the good old OODA Loop.

Officers must have the confidence to do the job. Confidence is developed through reality-based training. It’s not just about stress inoculation. A police trainer can put officers through all the stress inoculation scenarios, but the most important part of this type of training is teaching officers how THEY react when exposed to stress. Officers must recognize how they are affected by stress psychologically and physiologically.

The next part of police training is neurological and needs to deal with the mind, eyes, ability to read threats, and making sound judgments. Sure, this can be lumped in with the psychological but I’m talking about the brain. The complex human brain and all the receptors involved. Research conducted by Force Science Institute that a suspect can draw a pistol from their waistband, point, and shoot in an average of .25 seconds. The research also shows that after the initial shot, each subsequent shot will average another .25 seconds.

Force Science Institute also tested the reaction time of officers. They started with a simple experiment. The officer sees a light blink on, then the officer shoots. This was a simple no stress-induced test. They discovered it took an officer .31 seconds to shoot. The more complex the experiment the more time it took for the officer to shoot. The average time was .83 seconds to fire. In, literally, a split second, an officer must process a suspect’s actions by reading body language, observing hands, recognizing a gun or knife, and address the threat. This all must be executed in under a second.

The calls by certain politicians, groups, and others for an officer to “shoot the legs” is nearly impossible and defies all logic with the neurological load and stimuli officers are subject to. An officer must assess, decide and act on the information in front of them. The following simple task illustrates this point.

A driver pulls up to a traffic light. The light turns yellow, that observation causes one of two things. The driver slows down and prepares to stop or speeds up to beat the red light. How long did all that take? That entire scenario was less than a second: Observe, orient, decide, and act. Studying the human brain and all its complexities is vital to police officers and should be included in training. Each officer needs to know how their brains function under stress and must experience their reactions to learn this. Such training is extremely rare and typically does not occur.

“Regular aerobic exercise, reduction of time spent each day in sedentary activities, dietary habits that promote heart health, and exercise that helps strengthen muscles around joints may help overcome these disparities, these recommendations can be challenging to consistently implement on a daily basis. Challenging, but worth the effort!” -Dr. Rod Pope

Human Performance and physical fitness are critical to this job. There is a great deal of research out there for athletes about human performance, VO2max readings, heart rate, blood pressure, etc. and it’s incumbent on each officer to seek out this research. I’ve seen too many cops, after the police academy, just let themselves go due to the demands of the job. Some police departments are better than others at addressing officers’ physical fitness. At the end of the day, it is up to the officer to engage in these programs.

Lack of sleep and the effects of human performance. Police Officers are in a profession that does not allow for a lot of sleep. Especially for the rookies. They can kiss sleep goodbye. Is it because the agency is that busy? Yes, but it’s also about manpower. There are never enough cops working the streets to address the needs of the citizens. But how does lack of sleep hurt the officer?

A study conducted by the University of Chicago revealed that sleeping just 4 hours a night can impact young adults to the point that some develop glucose and insulin characteristics of diabetics. According to the National Sleep Foundation, inadequate sleep causes lower levels of appetite and regulating hormones in the body inducing more eating and weight gain.

“Fatigue from sleep deprivation robs officers not only of a sense of personal wellbeing but also profoundly affects the cognitive abilities vital to their survival—alertness, decision-making, resilience from stress. So when we talk about counter-fatigue measures, we’re talking potentially about life-or-death implications.”-Dr. Bill Lewenski

A research project involving the Royal Canadian Mounted Police in which over 40 volunteers took part in an anti-fatigue study. After several weeks, the conclusion of the study determined that fatigue management training improved police sleep, health, and overall wellness.

Specialized training for law enforcement officers is needed. It’s more than a want: It is a need. To produce effective officers, proper training must be implemented from the moment an officer goes to the academy to the moment they retire. Officers must learn more about themselves and how they react to crises. Only then can they respond accordingly. Police training budgets must be increased. States, cities, and towns must invest in their officers.

After all, at times, it is a life-and-death situation.