HomeCultureViolent Ends: “You are Only a Victim If You Let Them Make You One” 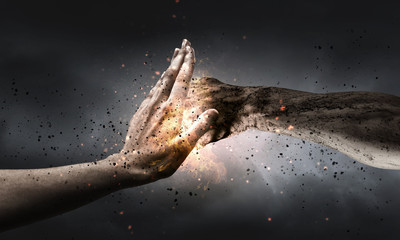 I can recognize their genuine emotion but at the same time, I am frustrated because people are letting the killer have their way instead of fighting for the right to live.

Don’t point a gun at me and expect obedience. If you point it at me, you better pull the trigger because if you don’t, I am going to take it away from you and use it on you.

During 9/11, one plane out of four didn’t make it to their target. Groups of men, hijackers armed only with box cutters, took control on all but one. On that one plane, the passengers, a noble few, knew they were dead, but they made a conscious and heroic choice about the manner of their death and used it to deny the terrorist their victory.

When violence finds you, you have a choice: you can take it, or you can attack.

I make one point and one point only. If you are faced with an armed assailant a criminal, terrorist, or other nut job, your life is over. People hesitate because they might be killed or injured. Accept the fact that your life is already over and the only thing you have left to determine is the manner in which you exit.

Find that point of calm amidst the fear and attack.

Here are some examples. Are these foolproof? No, because every situation is going to have variables that you cannot encompass in one blog so you have to be mentally flexible.

The easiest decision in life is putting it all on the line because you have nothing left to lose. It is also the most liberating and the most dangerous. Fear is a deliberate control used by the criminal and everyone else. When you lose that fear, you can do anything.

I am not trying to save you; that is out of my control. I can only point you in the direction of a potential escape that you have to work on.

If you accept that your life is over, you take the power away from the assailant and give it to yourself. They can still kill you. But now, you are going to make them kill you, not accept that they will.

You are only a victim if you let them make you one.