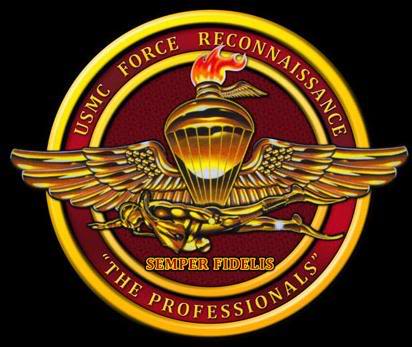 These are the inspirational comments of Major Byron Owen, USMC, at the graduation of Basic Recon Course 3-2015. They are re-posted here with his permission.

Good afternoon distinguished guests, ladies, and gentlemen. It is a great honor and tremendous privilege to stand before you today and address the newest generation of Reconnaissance Marines. You, and your families, should be extremely proud of what you have accomplished here. Marines are as tough as they come but not many Marines can do what you have done and graduate from the most difficult course in our beloved Corps. I have heard that BRC class 2-7 was the last hard course but it sounds like BRC class 3-2015 was pretty tough too.

There is a reason that BRC is so difficult. Being a Recon Marine is the toughest job in the Marine Corps. You are now part of an amazing fraternity whose ranks are populated with the finest warriors to ever don the eagle, globe, and anchor. Men like Evans Carlson, Jimmie Howard, Brian Blonder, and Garrett Dean. There are men in this room right now whose names will also adorn the walls of BRC and be an inspiration for future generations of Reconnaissance men and Marines everywhere.

I have had the extreme fortune of working with such incredible men. I came through this course back in 2007 and through luck and pig-headed stubbornness managed to sit in the seats you are now occupying and somehow graduated. Like all of you, I was overjoyed with my accomplishment and eager to see what the future in this community held for me. That moment came sooner than I realized.

I was laying in bed one night and was woken up by a phone call around 2 or 3 AM on some Monday in July.  Seven Marines from 2/7 had died in one day of fighting in the Helmand and Farah provinces of Afghanistan and the MEF CG wanted to deploy my platoon that Friday. I asked the caller, some full bird colonel if he was serious. “Do you think I would be calling you at 2 AM if I wasn’t….Captain??” No, I suppose not sir. Four days later, my Marines and I were in Afghanistan. We showed up, processed through Kandahar, and made out way to Camp Bastion in Helmand Province.

We had only been in Afghanistan a few days when something terrible happened. I remember the moment vividly. We had just finished zeroing our weapons when I stopped by the operations center to check in the operations officer. While I was in there, I heard one of the squawk boxes chirp. A platoon from Golf Company 2/7 had been ambushed in the city of Shewan and over the course of 4 or 5 hours suffered 30% casualties before they were able to finally beat back the Taliban and fight their way back to their Forward Operating Base. This was a dark day for 2nd Battalion, 7th Marines.

The city of Shewan was a Taliban safe haven used to plan and stage attacks on Coalition Forces in the Farah Province. Shewan was home to several of the major insurgent leaders in the battalion area of operations and housed approximately 250 full-time fighters serving under the leadership of at least eight mid-level Taliban Commanders. Our course was clear:  proceed to the city of Shewan and show the Taliban that there was no such thing as a safe haven from American justice.

On August 8th, 2008, 2nd Platoon, 1st Force….call sign Jaeger… conducted a deliberate raid on the city of Shewan to reduce a Taliban stronghold and restore freedom of movement to ISAF and Afghan forces. We had only been in the city for 20 or 30 minutes before we were assaulted with volleys of RPG and machine gunfire. My platoon sergeant, MSgt Brian, took aim, held his breath, and stopped one of the RPG gunners dead with a shot to the head. From a hundred yards. From the standing position.

The most incredible thing I’ve ever seen in my life is my son Thomas being born. A close second is MSgt Brian standing fearlessly against an onslaught of lead and fire and showing the enemies of our nation that the strongest walls are made of men and not brick or concrete.

This courageous act kicked off some of the most vicious fighting I have experienced in over a decade of war in Iraq and Afghanistan. Thirty Marines bravely fought back countless waves of Taliban fighters for over eight hours of vicious combat, suffering hour after hour of intense heat, withering enemy fire, and countless volleys of RPG, mortar, and rocket fire. Intelligence reporting later indicated that the enemy force numbered between 150-500 fighters. A fighter pilot overhead described it as ants swarming a Snickers bar.

One by one crew-served weapons ran dry as the battle raged on until the last remaining magazines were redistributed and 30 Force Reconnaissance Marines were left with no choice but to conduct a devastating counter-attack against the numerically superior and entrenched Taliban force that collapsed their left flank and sparked panic amongst the enemy. These brave Reconnaissance Marines fought past the point of exhaustion to continue their relentless assault until the Taliban were driven from the battlefield, littering the city with spent brass, scarred buildings, and the broken bodies of the enemy. No Americans were killed in the fighting. Villagers later complained that it took them several days to remove and bury all the enemy dead.

At one point in the fighting my platoon corpsman, Senior Chief Joe told me that one of our Marines was at death’s door with heatstroke. Outnumbered beyond belief I had to make one of the hardest decisions I’ve ever made in my career. I told one of my men, Sgt Timothy, that I needed him to keep fighting even if it would probably kill him. He only asked me one question. “Sir, can I drop my blouse?” Yes, Tim, you can fight in a T-shirt. Where do we get such men? I know the answer. Right here. In this auditorium.

Never forget that you are part of the most elite and legendary war-fighting organization that the Marine Corps has ever seen. Our forefathers earned our proud reputation through great personal courage and sacrifice in fierce combat in WWII, Korea, Vietnam, Somalia, Iraq, and Afghanistan. Never do anything to bring shame or embarrassment to the prestigious legacy of our community.

Every day is a selection, and every task is a test. Earn your place here every single day and protect the proud legacy and reputation of the Marine Reconnaissance community. I am proud to call you my brothers and for those of you who seek greater challenges… 1st Force Reconnaissance Company is always seeking the best and the brightest of our community. Thank you for your time and Semper Fidelis.