HomeCultureA CALL FOR SUBMISSIONS: MEMBERS OF THE OH-58D COMMUNITY 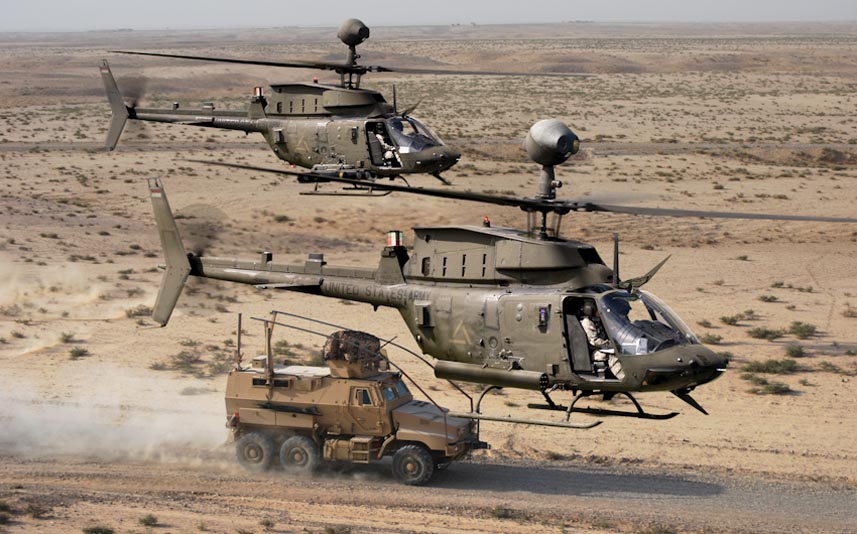 As you may or may not be aware, the OH-58D Kiowa Warrior, the US Army’s sole manned attack/reconnaissance platform, renowned for its gutsy pilots who routinely fly nearest to the earth’s surface, closer to the ground fight than any other aerial platform in existence, will be retired from the US Army’s inventory by the end of 2018. With that in mind, Edward Cope and Joshua Winkler, both former Army Rangers and former Kiowa Warrior pilots, have set out to capture the legacy of this aircraft and the brave men and women who took her reins, as well as the maintainers and crew chiefs who kept her aloft, both stateside and in austere combat environments around the globe. They call this endeavor “The Garry Owen Project,” after the neighborhood Garryowen in Limerick, Ireland, known for its rowdy, rough fighting men who would drink there, and made famous by the Irish quick-step song championed by the 7th Cavalry Regiment, the name is couched firmly in US Army Air Cavalry tradition. The concept of the Garry Owen Project is to gather firsthand accounts from members of the Kiowa Warrior community and organize them into a historical account for publication, ensuring the preservation of an importance piece of military history. In order to accomplish this, though, the Project needs your help. 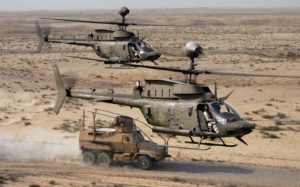 Ed and Josh both served for 5 years with the 75th Ranger Regiment, deploying multiple times in support of Operation Enduring Freedom, Operation Iraqi Freedom, and Operation New Dawn and both hung up their tan beret for the Stetson to pursue careers as Scout Pilots. They met in Hawaii while serving with 2-6 Attack Reconnaissance Squadron. Both Ghostriders, Ed was one of the Troop’s Maintenance Test Pilots and Josh was the Troop Tactical Operations Officer. They served together for almost two years before going their separate ways.

Josh and Ed both saw the writing on the wall as each Attack Reconnaissance Squadron across the fleet cased their colors and their birds were flown one last time for a long deserved rest to the massive boneyard within the fences of Davis-Monthan Airforce Base, just outside Tucson, AZ. It only took a short phone conversation between the two in order to determine what needed to happen. “Shortly after it became official that the fleet was to be divested, I realized that there was a wealth of American history that was very likely going to be lost as the scout pilot community would be scattered and restructured over the next decade or so,” Josh reflected.  “If we don’t get these stories out there, they will be lost forever.”

“That’s our legacy. Without some kind of record, it will be gone and forgotten in ten years,” spoke Ed Cope. “The 58 is going away, and with that, the stories of all these guys who did and saw incredible things. It’s a critical piece of Army Aviation history, and it’s on us as a community to make sure our story gets told.” And with that, the Garry Owen Project was born.

This is where you come in. If you are a member of the OH-58D Community or ever worked closely with Kiowa Warrior pilots as a ground fighter, this message is for you:

“The Garry Owen Project is the collaborative effort of Edward Cope and myself, Joshua Winkler, two former OH-58D Kiowa Warrior pilots, in an effort to publish a compilation of stories from the Kiowa Warrior community, but we need your help! We want to immortalize your stories; we expect we will be primarily drawing from the Global War on Terror (GWOT) era, but all generations of the OH-58D community are welcome to submit their perspective of KW history. The primary purpose of The Garry Owen Project is to enable veterans past and present to share their accounts of the Kiowa Warrior community, primarily in combat, but any and all noteworthy accounts will also be considered (this can include accounts that might highlight aspects of scout pilot culture, such as a particularly legendary Stetson break-in, a brutal spur ride, humorous twisted saber award, or anything else in that vein of lore). We also will consider stories from ground force service members who were supported by KW Scout Weapons Teams (SWTs) for added perspective, especially if the SWT pilots who were there can provide their own account of the same mission. Submissions are NOT limited to pilots only; former KW Crew Chiefs and maintainers are encouraged to provide their accounts as well! Our goal is to ensure that this vital era of scout pilot lore will be remembered for years to come. If not preserved, our history will be lost. We humbly invite you to help us tell the story this great community so that our legacy may be passed on to future generations. Thank you for your consideration, and for your service to this great country. Scouts Out!” (For submission guidelines, please click here.)

The publisher of Blackside Publishing, is a Gold Star member owned and operated outfit, and will route all accepted submissions through the appropriate military Public Affairs Officers, so the rules of OPSEC will be observed and respected. Additionally, those whose submissions are accepted for editing and publication will be compensated once the book goes to print, though we don’t have the exact details on figures just yet. Below is a link that will give you all the information you need to submit your piece, to include format guidelines and contact information. Please note that this method is the only medium by which submissions will be accepted. Any other medium or any other person or entity collecting stories separate from the points of contact in the link, unless directly specified by Josh or Ed themselves, will not be considered for inclusion in this particular manuscript. Thank you in advance, and we look forward to hearing from you!

Again, for more information and to submit a story please click here for the submission guidelines.