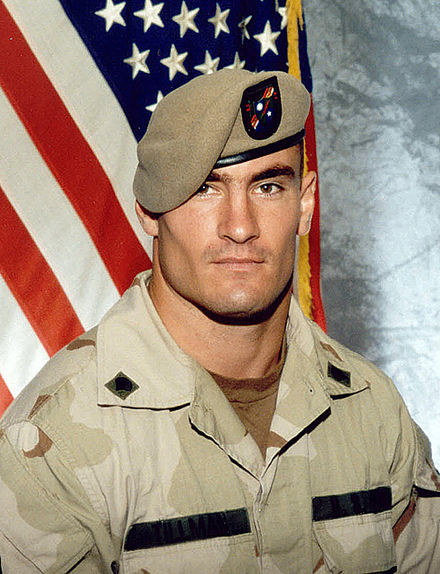 This year’s application to be a Tillman Scholar with the Pat Tillman Foundation ends on March 1, 2017 at 11:59pm Pacific Time.  The scholarship covers educational expenses, including tuition and fees, books and living expenses, for an undergraduate, graduate, or professional degree. It is open pre- and post- 9/11 veterans and active duty service members from all branches of the U.S. military, as well as current spouses and surviving spouses.

The Havok Journal: Why did you apply to be a Tillman Scholar?

Juan: Initially, I threw my name in the hat for the money. I was getting out of the Army and my finances were a big stressor. Fortunately, I was selected as a scholar and my eyes were opened to an amazing world of goal oriented, mountain moving veterans.

I had already made up in my mind before receiving the scholarship that I was going to practice medicine different than is the norm right now, ensuring that veterans and those in my community received top of the line medical care. Once I received the scholarship, I was in the company of veterans that were like-minded and that had the same aspirations to help others as I did. The money went from the top to just being a bonus.

HJ: What’s your course of study and what impact are you achieving as a Tillman Scholar?

JR: Right now I’m in the thick of my first year of medical school. It’s kind of like drinking from a never ending slushee machine, so my brain always hurts and I feel like there is no more room but somehow I make more. So I am not really actively engaged in a whole lot that I would like to be. School and my family have been my number one priority, but I have also found myself mentoring and just being an ear for a few vets that need guidance or just someone to vent their frustrations and problems. That has been very rewarding and eye opening.

HJ: Why should SF/SOF veterans consider the Tillman Scholar program as a viable option in higher education?

JR: SOF is all about networking. The Tillman foundation is a vast network of high achievers, not only academically but in so many other ways. Whether it be business, medicine, law, art, you name it, there is a scholar that is doing it. SOF personnel should take advantage because the world needs more “Operationally” minded innovators. Soldiers brings discipline, flexibility, loyalty and so many other attributes to the civilian work force. Add in a background in Special Operations and you bring a whole new aspect of getting things done.

HJ: What surprised you most about the program?

JR: The people. Not only the scholars that I am tied to through the Pat Tillman Foundation, but the faces that run the organization, from Ms. Tillman all the way down. They all care and they all know you, not just as someone whom they are giving money, but as YOU, a person, your family, your situation, your aspirations. This team of people that run the foundation care about all of its scholars. It’s an amazing feeling.

This is a family that I have been blessed to become a part of, each cycle it grows with more and more veterans and spouses that have their hearts set on changing the world. I am very proud and humbled to be a part of this great organization that was started in honor of a man that gave up everything to become one of us. He had everything, and he gave it up for the greater good. Every person in this organization, scholar and employee alike exemplify what Pat Tillman lived for.