HomeCultureMilitaryWant to “Think Outside the Box” Like Special Forces? Get Inside the Box First 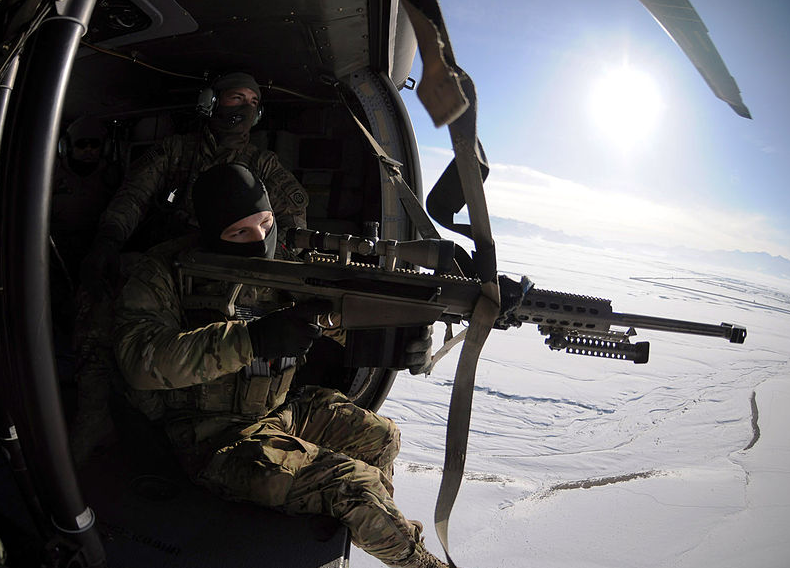 Special Forces soldiers, the Green Berets, get a bad rap for “outside the box” thinking. Detractors label us “cowboys;” bearded, gun-toting, sleeve-rollin’, hands-in-pockets, Rolex-wearing, ne’er-do-wells. The stereotypes, while flattering, ignore facts. Green Berets master the fundamentals. No other Soldier in the U.S. Army is trained to lead a company-size element of indigenous personnel in combat, permissive, or semi-permissive environments. The successful Green Beret is an independent thinker. He is skilled at the fundamentals. Those traits are not mutually exclusive; one requires the other.

These men mastered the fundamentals. John Boyd and Billy Mitchell are considered two of the best pilots the U.S. Air Forces ever had. McMaster won a Silver Star for his leadership and valor at 73 Easting during Desert Storm. SF trains the fundamentals of MDMP until Green Berets can plan missions in their sleep. The Rangers train the Ranger Handbook and fundamentals like Battle Drill 1A over, and over, and over again until they become masters at it. Master the fundamentals, know the box first, and then you can safely think outside of it.

Critics of outside-the-box thinkers forget one thing: only after mastering the inside can we think on the outside. Green Berets don’t teach their partner forces anything extraordinary; we train the fundamentals over and over and over again until they reach the standard. We teach them how to optimize their options. They don’t always need the latest equipment; simply using what they have well is sufficient.

Want to think outside the box and be successful? Consider this approach.

-Get in the damn box. Knowing oneself is an axiom of war dating back to Sun Tzu and reinforced by military strategists—Caesar, Clausewitz, Patton to name a few—ever since. It isn’t the knowing the Army struggles with though; it is the doing. We write thousands of pages of field manuals and standard operating procedures (SOPs) yet we fail to adhere to them on a consistent basis. A platoon weak on Troop Leading Procedures (TLPs) will suffer in combat, no matter what outside-of-the-box ideas they come with or what cool-guy kit they receive. Brigade and Division staffs will get burnt out if commanders consistently force their FUOPs (Future Operations) planning cells to work within the 24 hour CUOPS (Current Operations) cycle. I mention these incidents because they are the reality of how our Army trains and fights today. If you’re trying to turn around a struggling unit, get them back in the box and you’ll seize sustainable victories.

-Use the box; you only think inside of it, you’re not in it. This may sound counterintuitive but it isn’t. It is not a stretch to see thinking outside the box denotes a recognition that you stand outside of the box. Doctrine, SOPs, and rules aren’t there solely as constraints, they are tools for you to use. This works well when you know them better than anyone else. If you know the rules and the box, you can use it to your advantage. Take rules of engagement (ROE) for example. A fearful unit may see ROE as a constraint however an SF unit utilizes the ROE as justification for engaging the enemy and expanding the box utilizing a well-trained partner force that operates under a different ROE. As my psychology professor once said, “Documentation beats conversation.”

-Expand the box. Think outside the box too often and you’re likely discarding the fundamentals. Sometimes this is necessary but repeat trips to this well will prove dangerous. Fundamental principles e.g. speed, security, and surprise should be the root of even the most off-the-wall ideas. The fundamentals never go away, nor should they. Just expand the box. Doctrine tells “how” a task is done, and as the unit on the ground you know “what” needs to be done. Search for new ways of accomplishing the “what,” within doctrine and see the “box” expand with options. Method is not the sole option for expansion; it applies to personnel and equipment. Local partner forces expand the box and give more options. Same with enablers like a Combat Support Team, Dog Handler, or an intelligence collector. Camera systems and other analysis tools expand the box as well. It isn’t just more tools in the toolkit, it’s about the quantum expansion of options those tools create for the warfighter.

A word to the potentials, the wannabes, the recruits looking to get into an organization that thinks “outside the box.” Master the fundamentals first. You come to the team room and you can’t do a PCC/PCI, fail to PMCS your vehicles and equipment, or don’t plan a patrol with the Ranger Handbook and you’ll quickly find your stuff in the hallway. Unconventional doesn’t mean sloppy. Unconventional operations require mastery of the fundamentals.

Marshall served nearly five years with the 3rd Special Forces Group (Airborne) after a stint with the 4th Infantry Division (Mechanized). He enjoys scotch, cigars, good books, foreign films, and critical thinking. He is passionate about international relations, domestic affairs, and successful veteran transition. He serves in the Army Reserve. Email him at mtmcgurk@gmail.com or follow him on Twitter. 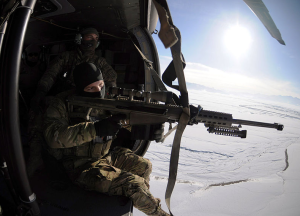 Cpl. William Hopkins a spotter with Company F, 2nd Aviation Assault Battalion, 82nd Combat Aviation Brigade’s Pathfinders, looks through the scope of the Barrett .50 Cal. while Sgt. Lucas Cordes, a sniper team leader with Co. F, 282 CAB, waits for the Uh-60 Blackhawk to turn around so they can commence an aerial firing platform exercise Jan. 26, 2012. Source.