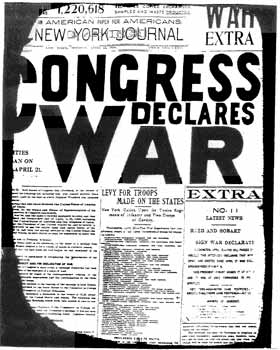 Editor’s Note:  With the slow creep of American forces back into Iraq, I thought it was time to re-post this plea from a now-former Special Forces officer.

Once again you beat your war drums, clamoring for military action against a foreign enemy.  If you and the President want to use of military force against ISIS, Boko Haram, or whomever you hate this week, fine. I am a Soldier. I take the government’s pennies and I do the government’s work. But here’s a suggestion, or rather a plea: please formally declare war, not the half-assed resolutions authorizing the use of military force (AUMF) you’ve done such the end of World War II.  AUMF works for limited conflicts like Grenada and Panama, but not so much for large scale conventional combined arms long term persistent engagements like OEF and OIF.  A formal declaration of war—only 11 in U.S. history—is far more appropriate, far-reaching, and solves a lot of problems for you and guys like me fighting at the tip of the spear. 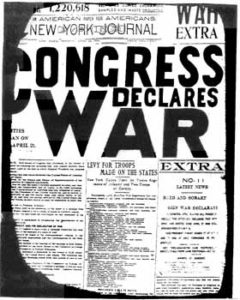 There are a number of reasons why formally declaring war is the better course of action for the Armed Forces and the nation. First, it brings everyone together under one decisive aim with a clear line of funding to support winning the war.  Since 9/11 we’ve dealt with one government shutdown, threats of shutdown year after year and sequestration; clearly no way to fund or win a war.

Soldiers dread the end of the fiscal year, when we have no idea how much money we have, what we can use it for, or how it helps the “war effort.” Our allies require funding support too. There are members of the Vietnam Generation who accuse, you, Congress of losing the war after you used the power of the purse to cut military aid to South Vietnam from $2.8 billion in 1973 to $300 million in 1975. It only took 75 days for North Vietnam to win once funding was cut.  War is expensive and requires consistent funding for victory, not just yearly budget approvals.

Furthermore, a declaration of war requires a clear, coherent, national or international strategy to win it, something we have not seen since Roosevelt, Churchill, and Stalin met at Yalta. Don’t tell me there has been a clear coalition strategy with definable goals and objectives over the last 14 years. There hasn’t been because, like funding, you’re fighting the war on a year to year basis and not until certain victory.  National Military Strategies which “[talk] too much in generalities while failing to provide much in the way of hard guidance” are not conducive to certain victory, especially when you lump in the Islamic State with other worldwide violent extremist organizations (VEOs) under the “disrupt, degrade, and defeat” mantra.  In case you haven’t noticed, we can’t fight every enemy worldwide, so formally declaring war on one or two of those VEOs, say the Islamic State and al-Qaeda, would prioritize and focus our national strategy.  Prioritize the efforts and you prioritize the funding as well.

Next, declaring war solves the plethora of legal problems which reared their ugly heads during in the aftermath of 9/11 and the Iraq invasion.  Say goodbye to the albatross of Guantanamo Bay prison, Abu Ghraib, or rendition sites.  Under a formal declaration of war, previously termed detainees would now become prisoners of war (POWs), able to be held by the U.S. until cessation of hostilities or released at moments of our choosing.  POWs would be held in facilities consistent with the Geneva Convention and Laws of Armed Conflict, without the hassle of expensive lawyers, federal trial dates, or international outcry over solitary confinement and orange jumpsuits.  This allows armed forces personnel to properly question, interrogate, and garner information from prisoners.  Ringleaders can be tried á la Nuremberg style after the war. Declare an actual war, Congress, and the legal problems of the last 14 years will be (mostly) solved.

Finally, when you declare war, you tell us and the American public it is worth it to fund, fight, and die for the cause and subsequent victory.  I cannot tell you how many times superior officers said Iraq or Afghanistan wasn’t worth dying for, or how many civilians were shocked when I told them we were still fighting in Afghanistan in 2013.  It pains me to know so many friends who died under the apathetic eyes of American ignorance.  More importantly, we cannot be expected to achieve victory with half-measures and half-heartedness.

I am not flippant about human life but, “War is cruelty and you cannot refine it.”  No man or machine can change the true nature of war.  If it is meant to be fought, then it damn well should be fought to be won, and sending troops into battle with just a 90-day authorization, a coalition without a unified command, half-hearted objectives, and funding that moves at the whim of Congress is not the path of victory.  Congress, please formally pledge “all of the resources of the country” to “bring the conflict to a successful termination,” and then step back and let us do what we do best: fight and win.