HomeCultureMilitaryThe Bergdahl Sentence Is In, And You’re Not Going To Like It 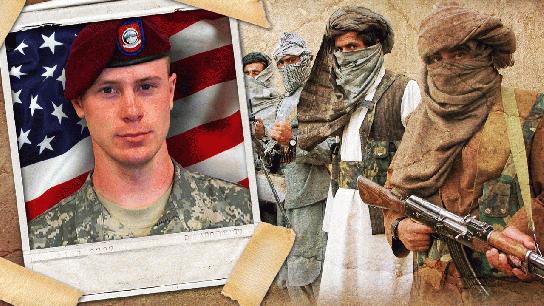 The Bergdahl Sentence Is In, And You’re Not Going To Like It
by Scott Faith

Bowe Bergdahl, the US Army solider who deserted his post in Afghanistan and was subsequently held hostage by Taliban-aligned terrorists, is a free man.  The judge presiding over his case imposed a sentence of a dishonorable discharge, but included no jail time.  That sentence was recently upheld by General Robert Abrams, the commanding general of Forces Command (FORSCOM), who was the final decision authority in the case.  That means that Bergdahl walks away from the Army as a civilian instead of a federal inmate, sparing him the  14 years in prison recommended by prosecutors.

Bergdahl is no stranger to the media spotlight; for years his story has captivated American audiences because of the highly unusual circumstances of his capture as well as his protracted imprisonment by the Haqqani Network, a highly-capable terrorist organization loosely aligned with the Taliban and propped up by the government of Pakistan.  His lengthy trial, replete with a (literally) unbelievable tale of how young Private First Class Bergdahl took it upon himself to walk from his base to another in order to report misconduct in his own unit.  What this alleged malfeasance was, remains suspiciously unspecified.

I was personally very grateful to learn he was released.  Whether or not he deserted to the enemy, to me personally and to most of the rest of the world, he was still a US Army soldier held against his will by the enemy, and that alone was worth a massive effort to end that imprisonment.  I was glad he came home, even if the circumstances were… let’s just say “less than ideal.”

But I’m not very happy with what happened after.  I personally think he got off easy. I think his own words indicate that he hated America and the Army, and his actions indicate that he defected to the enemy.  They just had a different idea of how he should be treated when he came over to them.  So let’s take a look at the sentence:  bust to private, forfeit $1000 a month, dishonorable discharge.  Does the punishment fit the crime?  Many veterans will answer with a resounding “no!”

Reduction in Grade
With confirmation of the sentence, Bergdahl was reduced from sergeant to private.  However, since he achieved the rank of sergeant automatically based simply on time in service, he effectively only lost two pay grades.  He deserted his post as a private first class, and it’s only two steps down to private.  A two-grade bust at the junior enlisted level often happens for far less than misbehavior before the enemy.  For example, an Army junior enlisted soldier might get a two-grade bust for a simple DUI.

Forfeit $1,000 a Month for 12 Months
Now, $1000 a month is a lot for an Army private.  But Bergdahl got a boatload of money in back pay after his release, and with book and movie deals no doubt  pending, he’s not going to be hurting for money.  And he probably won’t be in the Army for 12 more months anyway.  This is a meaningless sentence.

Dishonorable Discharge
To the average American, this is a really big deal.  This type of discharge makes it very hard to do very routine things, such as land a decent job.  But again, Bergdahl’s fame and the rights to his story mean he shouldn’t have the kinds of problems that face the average person who receives this type of discharge.  Additionally, dishonorable discharges are often upgraded years later.  And

No Prison Time
Now, the prison time, or more specifically, the lack thereof.  Some people will say that he was held captive by the Haqqanis for five years, and there is nothing worse we could do to him that they what they already put him through.  Be that as it may, it is neither the Haqqani Network’s responsibility nor privilege to discipline our soldiers.  Whatever they did to him, that is separate from what we choose to do or not do.  While imprisoned, Berdgadahl assisted in the Haqqanis’ propaganda efforts and also apparently told them… pretty much everything.  Having fought the Haqqanis for a long time in Afghanistan, I recognize what brutal bastards they are.  I don’t hold it against Bergdahl that he talked.  I don’t hold a grudge that he appeared in their propaganda videos; I don’t think any reasonable person could have survived otherwise.  But this was a situation of his own making; when people point out that he was held hostage for five years, my first reaction is usually “Good!  Being stupid should be painful.”  So while I don’t hold his actions in captivity against him, I do hold him responsible for getting captured in the first place.  I don’t feel sorry for him for a moment.

What I Think Should Have Happened
If I were able to wave a magic JAG wand, I’d give Bergdahl everything that was imposed, plus prison.  I would have liked for him to spend at least as long in Leavenworth as he had on his initial enlistment before he deserted.  Given that this was his first enlistment, this would probably be a year or two tops.  I would also seek an injunction that prohibits him from profiting in any way from his story; all of that money would go back to the federal government to pay back the costs of searching for him, and paying for the ransom that finally set him free.  I also would make sure he was stripped of his Combat Infantryman’s Badge, his POW medal, his combat patch, and anything else that indicated honorable service in combat.  I think those penalties would be an appropriate way to close out this long and sordid story that has become such a stain on the Army and on our country.