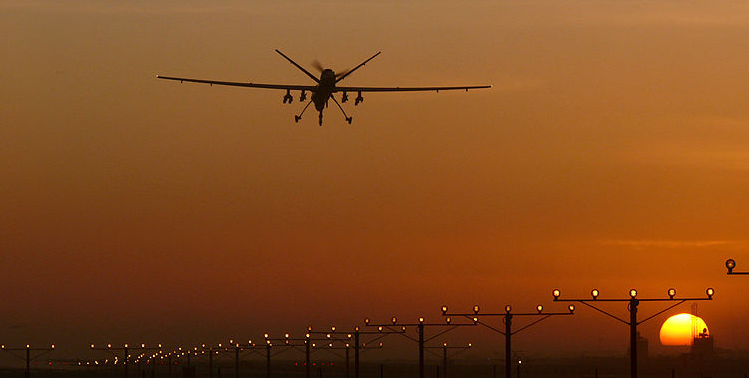 This first appeared in The Havok Journal on June 3, 2014.

The majority of the talk surrounding the release of Sergeant Bowe Bergdahl has been in relation to his actions leading up to his eventual living arrangement with Haqqani network terrorists. I think it is safe to say at this point that Sergeant Berghdal was the one responsible for his own captivity and that it certainly was not a traditional prisoner of war situation. I also think it is important that we always bring our own back home; whether they be alive, injured, or dead. Sergeant Bergdahl, despite all of the poor decisions he made and the lack of sympathy I have for him, needed to come home as well. Not welcomed as a hero, but brought home nonetheless. How he came to find himself back on American soil is very important though, and has wide-ranging implications.

The United States has had a long-standing policy that we do not, under any conditions, negotiate with terrorists. This isn’t an act of bravado on the level of national policy; there are a variety of reasons for it actually:

·      Negotiating emboldens other non-state/extremist organizations to pursue a similar tactic in the hope of a similar outcome.

·      It discourages other organizations from seeking peaceful resolutions to problems, aka using diplomacy vs. violence to achieve your goals.

·      It legitimizes illegitimate organizations, putting them on par with recognized nations.

·      It rewards the terrorists in question for their activities.

Perhaps the scariest of those implications is the fact that it emboldens other terrorist organizations to do something similar. Many terrorists have seen time and time again that taking an airplane full of non-combatant passengers never ends well for them. They don’t get what they want, and worse, they have a good chance of having their dome piece turned into a canoe by the local counter-terror team. With recent developments, have we now shown them that we will eventually give in to their demands? Will they set out to try their own luck, demanding money, prisoners, or both?

I must confess that this article is brought to you by two nice ladies standing in line in front of me at the Jet Blue counter in Boston, as we were boarding our evening flight back to Denver. They were talking about the Berghdal situation, and one of them remarked, “All of these people saying we shouldn’t have traded those prisoners for that soldier, well I wonder what they would say to that soldier’s family?” My initial, gut reaction was to say, “If the Gold Star families of the men who died looking for this guy were standing here right now, what would YOU say to them?” I of course didn’t actually say that (maybe I should have), but my very next thought was, I wonder what they would think if this very flight we are boarding was taken hostage by terrorists emboldened by the recent events, demanding a release of more prisoners? Would they then be so sympathetic? What if one of their children was taken hostage?

It’s a scary precedent our national leadership has just set, and I don’t think that the average American fully understands this. Remember, it’s not just the Muslim extremists we are talking about here. Terrorism comes in all shapes, sizes, languages, and religions. Not all of them aspire to become martyrs. Many want to accomplish their goals and still be alive to bask in the glory they set out to achieve. For them, taking hostages and other violent acts are just a bit more lucrative in the hopes the United States of America will also negotiate with them, assuming they do something extravagant enough to warrant our attention. What do we have now? Mentally twisted men and women who are now brainstorming with their peers about what they could do that would also warrant negations.  Feeling a little uneasy yet?

The only way I can see this situation being redeemed is if all five of the terrorists we just traded are hunted down (again) and killed, the Haqqani captors that accommodated Berghdal are hunted down and either killed or captured, and that Berghdal himself is tried in court according to the Uniform Code of Military Justice on charges of desertion (Article 85), and misbehavior before the enemy (Article 99) at the very bare minimum. The folly of our nation entering into negotiations with terrorists, and complying with their demands, must be reversed. It should be noted that we have made other similar mistakes in the past in our nation’s dealings with terrorists. I think that history shows those mistakes were just that – mistakes. Mistakes that came with consequences we would later pay for.

As I type this aboard my flight headed towards Denver, I hope our trip is smooth and uneventful. I hope no American ever has to endure the terror of being at the whim of extremists. I regretfully must admit that I think Americans are a little less secure than they were last week because of Berghdal and our government’s actions though. We have not seen the end of Bowe Bergdahl, or the organizations that ply the trade of terrorism he sought out. We have not yet seen the ripples he and our government have caused reach the shore yet.

Marty is a veteran of the 1st Ranger Battalion and Syracuse Recruiting Battalion, a former small business owner, the author of Violence of Action: The Untold Stories of the 75th Ranger Regiment in the War on Terror (Blackside Publishing) as well as Ranger Knowledge: The Complete Study Guide (St. Martins Press). He is also the executive producer of the award-winning documentary Nomadic Veterans, and the award-winning short-narrative Prisoner of War. He is currently working on his third book as well as pursuing a career in film and television.