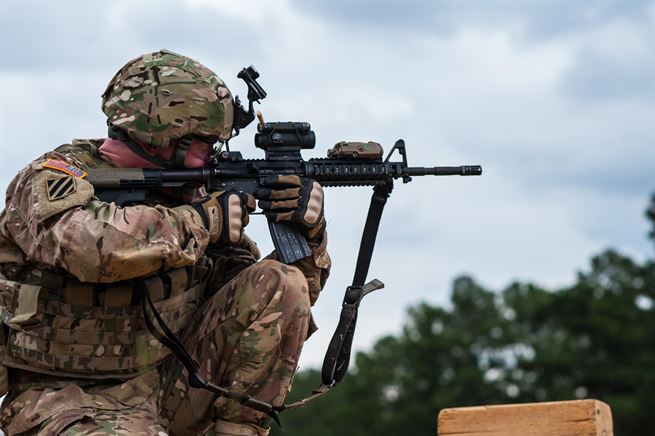 Back in May 2016, the Army Times ran a piece announcing that the Army was officially looking to replace the M16 family of weapons and the 5.56mm cartridge with a weapon system that is both more reliable, and has greater range.

As the article states, they’re taking a hard look at “intermediate rounds,” or rounds with diameters between 6.5 and 7mm, that have greater range and ballistics than either the 5.56 x 45 or the 7.62 x 51, both of which are old and outdated compared to the crop of rounds that have sprung up in the last decade or so. The thinking is, with these newer rounds, you can easily match the superior stopping power of the 7.62 without sacrificing the magazine capacity afforded by the tiny 5.56 cartridge, while still giving troops better range and accuracy.

Coupled with a more reliable platform, preferably one that doesn’t jam up if you so much as think about sand getting in it, this could potentially be a game changer for the US Army.

Now, me personally, I think this is great. I’ve had a chance to play around with a couple of these intermediate calibers, and I quickly fell in love. I’m not one of those guys who despises the 5.56, because, for what it is, it’s not a bad little round. It’s got decent ballistics out to a decent range, and you can carry a lot of them. But, when you compare it to something like the 6.5 Creedmore, one of the rounds reportedly being considered as a replacement, it’s like comparing a Mazda Miata to a Lamborghini Aventador.

And hey, a new rifle would be pretty great, too. The M16 platform has been around for ages, and while its modular nature means that it’s endlessly adaptable, the direct gas impingement operating system is a right pain in the ass. Advances in firearm technology over the past half century have given us plenty of options, and it’s high time we took a look at them.

But giving soldiers a more reliable weapon with greater range is kinda pointless if we don’t address one of the Army’s most persistent and glaring faults: its marksmanship program sucks. There’s no one part of the thing we can point to as being problematic. It’s not just the BRM taught at Basic, or the qualification tables. The whole thing, from start to finish, really, really, sucks.

What’s the point of giving soldiers a shiny, new rifle if they can’t hit the broadside of a barn with the one they’ve got?

Now, before you break out the pitchforks and your Expert qualification badges, sit down and think about what I’m saying. Unless your MOS directly involves shooting things in the face, when was the last time you went to the range during the workday for something other than qualification? When was the last time you broke out the rifles for anything other than to qualify, or to clean them for inspection? 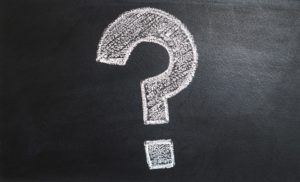 For most of you, that answer will be either the last time you deployed, or never. And that’s a huge problem.

Over the last ten-and-a-half years in the North Carolina Army National Guard, I’ve spent more time being told not to kill myself or rape people than how to shoot. I don’t have a problem with qualification myself; I can reliably shoot high sharpshooter to low expert. But I also make a point to shoot recreationally whenever I can. Not everyone has that option, and plenty of folks who do don’t take advantage of it.

For most folks, the entirety of their marksmanship training will consist of three weeks in Basic, the few days out of the year when they go qualify, and maybe a few days or even a week or two of extra training when they mobilize. And that simply isn’t enough.

Nevermind that the Army’s qualification system is stupid and outdated. Shooting static popup targets at ranges between 50-300 meters is a good start, but to rely on that as the sole measure of a soldier’s ability to engage the enemy is insane. According to the Army Times article linked up at the top, one of the driving forces behind looking for a new round is the fact that something like half of all firefights occurred at ranges greater than 300 meters. Meanwhile, your average soldier doesn’t even bother shooting at the 300 meter targets, because they know they can’t hit the damn things.

If the Army’s quest for a new sidearm is any indication, the search for a new rifle will take at least a decade, untold millions of dollars, a half-dozen Congressional inquiries and investigations, and probably a few lawsuits before they settle on the final product. Which means there’s plenty of time to teach soldiers how to shoot before the new gear ever starts filtering its way through the system.

As a starting point, come up with a comprehensive training plan that utilizes Basic Rifle Marksmanship, then build on that foundation throughout the soldier’s career. Get soldiers to the range more often. Update the qualification tables to more accurately represent the threat they’re expected to face. Enforce qualification standards like PT standards, and offer regular remedial training for folks who fail to meet those standards.

Or just carry on before and put a shiny new rifle in the hands of a kid who barely knows which end goes bang. I watched a guy from out battalion’s Forward Support Company shoot a 6 this year. That’s good enough, right?

This article first appeared in The Havok Journal September 12, 2018.