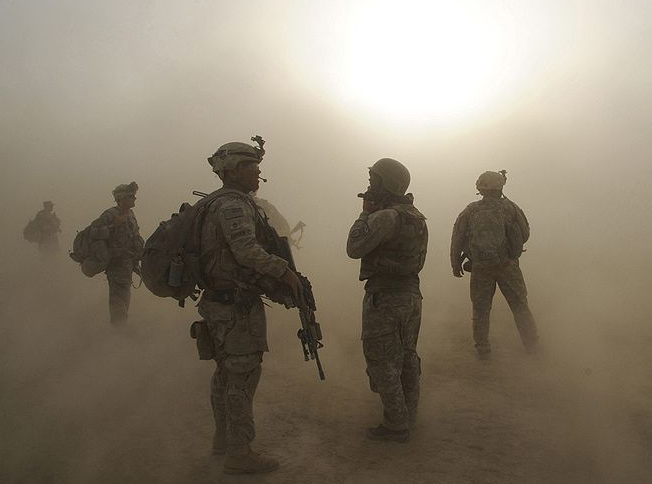 As the world came crashing down, those men did what they do best, they fought on. They fought to preserve that which others sought to take. They carried the weight of another as every passing moment brought the avoidable end. I could never answer that unanswerable question, why? Wiped away into the heavens their destination was diverted, fate and misfortune had befallen our British allies. Who now filled the rooms he was supposed to occupy?

Pressing on to a distant and smaller destination, the perils of failing to PMCS brought with it the beginning of the avoidable end. He held his heart, pumping it to preserve that which seemed fleeting. If only the proper checks would have been done. If only the simple effort was put forth. If only they had sacrificed just a little every day. If only they had prepared and checked the tools of the trade, his sacrifice would have not been the ultimate. (CPL Benjamin S. Kopp, DOW 18 July 2009).

Unseen and unavoidable, it is hard not to feel the weight of what we did. Hours, days, weeks, and years dwindled down to simple chance. It came down to the very reality we all understood, accepted, and yet ignored. He was one of the best. He dedicated his life to so much more than most, and yet it was not enough to counter chance. (SPC Bradley D. Rappuhn, KIA 8 August 2010).

They faced the impossible, losing more than had been lost in a decade. Pushing forward, he knelt over his fellow man, and in the pursuit to save another’s, he gave his. He gave his in a day, unlike the others, doing what he did best. He conquered all, he lived the creed to its every word. How beautiful a story buried beneath so much pain and misery, the story of sacrificing his very being to save another (SGT Patrick C. Hawkins, KIA 6 October 2013).

I cannot help but place partial blame on myself. I meant to, I wanted to, I was going to reach out. It seemed as though things were different, though I could have never imagined it until that fateful day. As I read those words, my stomach hurt, my heart sank, and my eyes welled. The glory earned can bring with it pain and suffering beyond comprehension.

“Your past is buried, but for some people, it is buried alive.” Those words from Gavin DeBecker have never rung so true until that day. That day stands as one of but a handful of events that have shaken my world. Events that have sent me into an uncontrollable dive filled with anger, confusion, and rage. I wondered if I might ever regain control. (CPL Anthony Rivers (USMC), Suicide 1 December 2015).

Of all the things we did, of all the times we pushed ourselves to the edge, it was the thing most would consider the safest of our duties. Time and time again, weighted down, we lined up, hooked up, and one after another, we leaped. That night the task we all took for granted, the one that seemed the easiest, the safest of our endeavors, brought a stark reminder of its true dangers. That night that task took one of the kindest men I have ever known. (SSG Avonye J. Chisolm, DIT 25 August 2016).

So when you ask why, why I am so meticulous, it is because I know what might happen when I am not.  When you ask what my bracelets are, I cannot give a simple answer. They stand as a stark reminder that life is made up of small decisions that accumulate into major events. Each represents more than a personal loss of those I have been honored to know, they are lessons of life.

When you ask why, why I set such high standards, why I am so critical, why it is I do what I do, my answers are often less than an arms-length away.