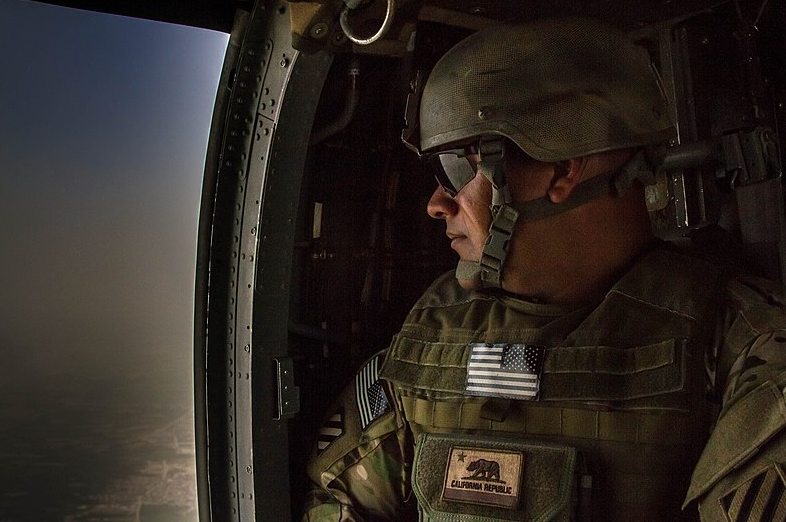 This first appeared in The Havok Journal on August 20, 2021.

Like most veterans, I’ve been watching the abject farce that is the Afghanistan withdrawal. Appropriately, it’s being compared to the end of Vietnam as we watch helicopters fly to the U.S. embassy to evacuate U.S. personnel with echoes, and eerily similar still frames, of Saigon. Veterans are shocked and angered at the imagery but why? The same thing happened in Iraq but this feels different. It feels like we went against our Code of Conduct to “Never surrender.”

Full transparency, I never served in Afghanistan having spent my formative years in Iraq at various stages and capacities from 2003 -2010. The similarities are strong as we started to withdraw from Iraq in 2010 and by June of 2014, ISIS had taken Mosul as the Iraqi Army ran like cowards from a lesser trained and equipped terrorist militia. For the next year, ISIS marched south and took the majority of Anbar and it was just a matter of time before they marched to Baghdad.

Within six months of the Mosul invasion, U.S.- backed Peshmerga forces began to retake Mosul. ISIS was learning the lessons of the U.S. invasion – taking land is easy but holding it was much harder. ISIS was pushed into Syria by Iraqi military forces, heavily supplemented by U.S. airpower and special operations units, where they are still fighting the Kurds. Baghdad never fell.

Unlike Iraq, the war was taken from us by bureaucrats. We offered zero resistance as the news showed the Taliban marching to Kabul. Again, we watched as the Afghan military ran like cowards to the nearest border to escape fighting with nary a hint of shock to anyone who trained with or fought alongside them. We watched the Taliban parade around with U.S. weapons, we either left in our haste to exit or gave to the fleeing Afghan forces, to our utter disdain. Each news cycle talked about provinces being overrun and tracked the advances of the Taliban.

As a former soldier, my blood boiled. If we were tracking them, why were we not exerting military force to impede their advances? It took less than a week for the president of Afghanistan to flee, undoubtedly with bags of cash, before we began to learn the truth. The U.S. government was in talks with the Taliban in Qatar to facilitate a peaceful transition of government. Let that sink in. U.S. military and diplomatic services were in talks to give away Afghanistan after 20 years.

Why are veterans angry? All the lip service about women’s rights, building a free and fair government, human rights, and every other hyperbolic mission statement where men and women of the U.S. military risked and lost their lives was a lie. Compare that to The Soldiers Creed: I will always place the mission first, I will never surrender, I will never quit… but it doesn’t matter because my civilian and military leaders will do it for me.

No one with a brain and a combat patch thinks we should stay in Afghanistan indefinitely but leaving the way we did, a full surrender, goes against everything we were taught while serving.

Morgan Lerette worked for Blackwater for 18 months, from 2004 to 2005. Upon his return to the United States, he completed his undergraduate degree at Northern Arizona University and was commissioned as a U.S. Army intelligence officer. From 2009 to 2010, he deployed back to Iraq. He left the Army as a captain, moved to Boston, and attended The Fletcher School of Law and Diplomacy at Tufts University. He received a master of international business degree in international banking and finance. Lerette wrote the book Welcome to Blackwater.