HomeCulture9 Ways to Keep the Faith on Veterans Day: A Ranger’s Never-Ending Mission 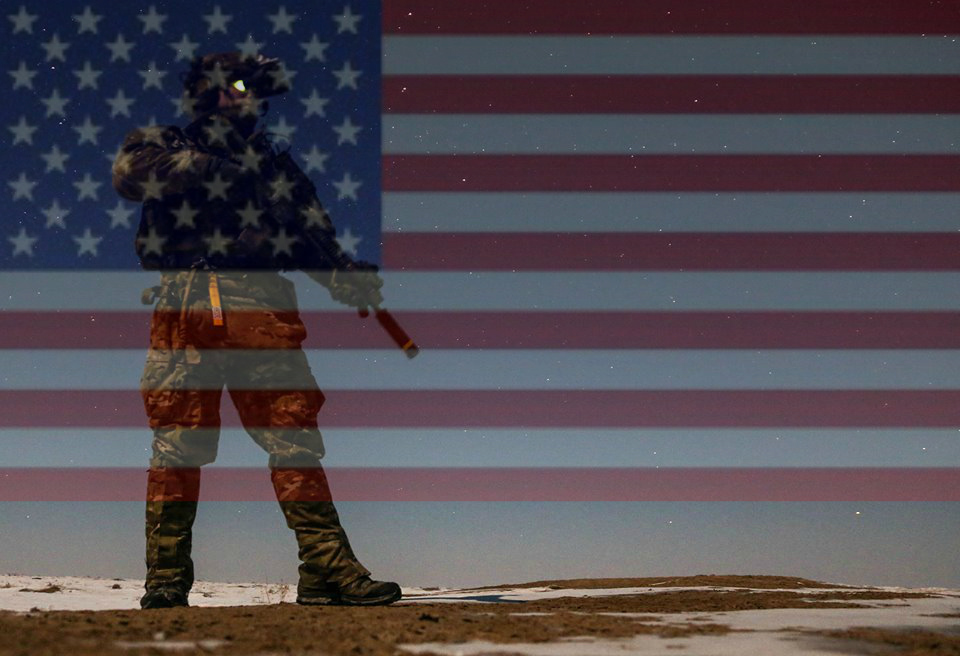 Some aspects of war transcend time; a Soldier’s mind is one of them. A few years ago, my grandmother gave me a stationary notepad my great-grandfather, William Ake, carried during his time serving in the US Army in World War I. Going through it, I found some priceless heirlooms including a Psalms/New Testament Bible, a patch from his uniform, his registration card, and a photo of him with my great-grandmother next to his Harley after he came home. But creased up in the back I found a piece of paper likely to be overlooked by most. It’s a yellowed letterhead dated “Nov. 1-1921” with a typed paragraph on the front side ending with a thought-provoking question: “Is it conceivable that we shall ‘break faith’ with those ‘who die’ for us?” What was he talking about?

94 years ago, almost to the day, my great-grandfather sat at a typewriter and contemplated the same questions I ask myself on almost a daily basis. Assuredly, other veterans struggle with the same or similar questions: “Have I given enough?” “Is it time for me to leave the service?” “Do I have anything left in the tank?” “Am I living a life my fallen brothers and sisters would be proud of?” “Would they be proud of the man I’ve become?” “Have I earned this?”

Digging deeper, I asked myself, “What exactly did he mean by ‘breaking the faith with those who die?’” That’s when I turned over his letter. On the flip side of his ponderings, my great-grandfather took the time to type the poem, “In Flanders Fields,” which contains the same phrase within its powerful prose. Since then, typewriters have been exchanged for laptops, but while technology and the world around us constantly changes, the question remains the same. My great-grandfather toiled with the same concerns veterans obsess about today. They worry about coming home, connecting with family, living a “normal” life, and leaving the uniform and the military lifestyle behind.   They do all of these things with the memory of their battle buddies on their minds.

It’s fitting for many current veterans of Iraq and Afghanistan that my great-grandfather titled the poem, “WE SHALL NOT SLEEP” rather than it’s real title because I know veterans that don’t do much sleeping. Some because of continued drive and work ethic, some because of sights that cannot be unseen, while others it’s likely a combination of both. But today, rather than concerning ourselves with whether we as individuals or as a nation are breaking the faith, I’d propose we all leave today asking the question: How do we keep it? How do we keep the faith with those who have given so much of themselves, physically and mentally, in service to our country? As a veteran of two wars, I’d like to offer some simple recommendations:

For the Veterans amongst us:

For the fellow citizen in our midst:

Do these things, and the ghosts of veterans past will never come back to haunt you, but will rather be facilitated by our actions to finally rest easy wherever poppies grow. In the hustle of today, I ask that you pause to exercise a simple tradition that has also stood the test of time. Raise a glass and toast the American Veteran. There has been no finer privilege in my adult life than to have served beside so many fine men and women in our military, especially overseas. Here’s to us and those like us; here’s to keeping the faith through our continued service to our nation and to our community.

In closing, I leave you with the final remarks of General George Washington’s farewell address to the Army in 1783: “I now make it my earnest prayer, that God would have you, and the State over which you preside, in his holy protection, that he would incline the hearts of the Citizens to cultivate a spirit of subordination and obedience to Government, to entertain a brotherly affection and love for one another, for their fellow citizens of the United States at large, and particularly for their brethren who have served in the Field, and finally, that he would most graciously be pleased to dispose us all, to do Justice, to love mercy, and to demean ourselves with that Charity, humility and pacific temper of mind, which were the Characteristics of the Divine Author of our blessed Religion, and without a humble imitation of whose example in these things, we can never hope to be a happy Nation.”[2]  God bless our nation’s veterans and may God continue to bless America.

This piece was originally published on November 11, 2015.

Major Mike Kelvington grew up in Akron, Ohio. He is an Infantry officer in the U.S. Army with experience in special operations,  counterterrorism, and counterinsurgency operations over twelve deployments to Iraq and Afghanistan, including with the 75th Ranger Regiment. He’s been awarded the Bronze Star Medal with Valor and two Purple Hearts for wounds sustained in combat. He is a graduate of the United States Military Academy at West Point, a Downing Scholar, and holds masters degrees from both Princeton and Liberty Universities.  The opinions expressed above are his own, and do not represent the official position of the U.S. Army, the Department of Defense, or the U.S. Government.