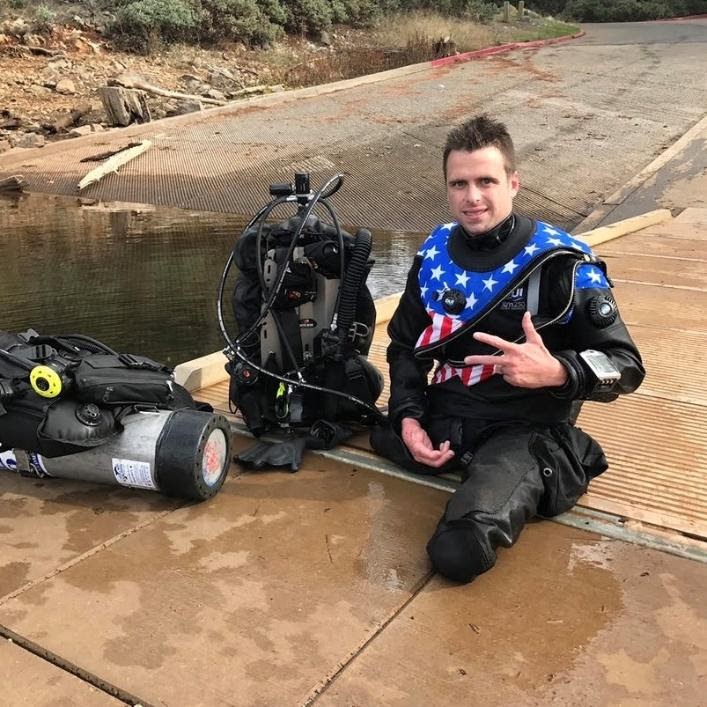 At first glance, Mikhail Venikov looks like he could be an extra Cobra Kai bad guy in a “Karate Kid” movie. He does have an extensive background in mixed martial arts and is an MMA competitor but, that’s where the similarities end. In reality, Mikhail is an exceptionally nice guy who is a champion for the rights of military veterans. He is currently a police officer and is a decorated military veteran.

Mikhail runs a non-profit charity, Ranger Road, that assists veterans during the difficult transition from military to civilian life and beyond. Mikhail is a combat veteran himself with three combat tours under his belt. He was an Army Ranger who competed in and won the 2006 Best Ranger Competition. For those who are unfamiliar with it, Best Ranger is a 72 hour, “Suck Fest” designed to test the best Special Operations folks in the US military in highly demanding physical and mental challenges. Few are chosen to compete, even less complete it, and only two Rangers working on the same team once a year, win it.

After completing his enlistment, he attended the Sacramento Sheriff’s Police Academy. Mikhail is currently a police officer with the city of San Mateo, California. He is on their Special Weapons And Tactics Team (SWAT) and has worked as a Detective in units dealing with gang members and drug dealers. To round it all out he is a competitive MMA fighter.

As the founder of Ranger Road, Mikhail assists transitioning veterans by hosting events where they can get together and do fun things. And by fun things, I mean Skydiving, Scuba diving, hunting, MMA, Boxing, just to name a few…

They have teamed with the Professional Fighter’s League to host the Cage Side Warriors program where vets get to attend actual MMA events. Ranger Road members get to train in MMA and boxing with Team Alpha Male, a professional fight camp in Sacramento.

Ranger Road members can get certified as open water scuba divers. They can do single or tandem skydiving jumps. The Program Manager, Alejandro Jauregui, is a disabled veteran and former 82nd Airborne paratrooper. Despite being a double amputee, Alejandro is an avid skydiver, trains in MMA  and competes is Spartan Race events. Ranger Road participates in Spartan Race through their, “Operation Gut Check”.

They also host, “Operation Rustic Healing’ where members get to participate in outdoor activities like hunting and fishing. The Program Manager, Kyle Sayre, is another disabled veteran who lost one of his legs while serving in Iraq.

Through Ranger Road Motors vets get to experience driving race cars and other aspects of racing.

Many of the members who benefit from Ranger Road are veterans who have experienced PTSD from trauma experienced in combat while defending their country. Others, like Alejandro and Kyle, have suffered physical injuries while in the service. Others are dealing with trying to adjust to civilian life after their time in the service.

Less than 7% of Americans have served their country in the armed forces. Even less have experienced physical and mental trauma related to combat and other experiences. Ranger Road provides veterans with a support system, a chance to engage with other like-minded folks that represent such a small minority of this country’s population. Ranger Road capitalizes on giving veterans the chance to participate in the same kind of exciting events they may have been involved in during their time in the service.

Mikhail Venikov served his country in combat as an Army Ranger keeps his community safe as a California Police Officer and makes the world a better place for those who have given all they have for their country, America’s veterans. For more information go to rangerroad.org. They are always looking for volunteers and donations are greatly appreciated.